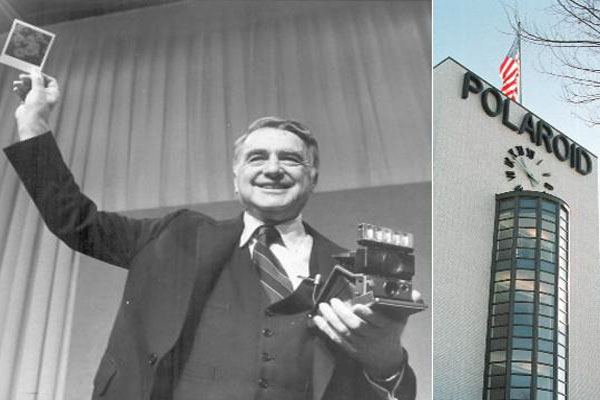 For the people who want to start and make a difference the world is full of possibilities like a fertile land waiting to be harvested and all the ideas are out there sitting alongside and according to them, they just responded to their personal calling. As the Polaroid Co-founder Edwin Land once said;

The world is like a fertile field that’s waiting to be harvested, the seeds have been planted, and what I do is go out and help plant more seeds and harvest them.

For the makers, there are innumerable opportunities to avail and endless problems to solve. Starting up is an act of solving problems, taking chances, and moving ahead when everyone else lags behind. It takes courage to start, rigorous planning, arduous hard work, the foresight to expand and scale, and passion to stick with your venture. Land said:

We work by exorcising incessant superstition that there are mysterious tribal gods against you. Nature has neither rewards nor punishments, only consequences. You can use science to make it work for you.

Edwin Land had all the characteristics one needs to have to become a successful entrepreneur. He was a true optimist and never bounded himself by impossible. The advantage we have now to see photography right away after it’s taken is because once Edwin Land thought beyond impossible; because instead of holding back he tried to build something that never existed before.

As the story goes:

Once Edwin’s three-year-old daughter asked him why she couldn't see a photo instantly after it was taken- an impossible question in the age of static photography. But the question was asked to Edwin Land. So rather than dismissing the question as an impossible desire Land created a system of one-step photography (first demonstrated at a meeting of the Optical Society of America in February 1947). Land used the principle of diffusion transfer to reproduce the image recorded by the camera's lens directly onto a photosensitive surface---which now functioned as both film and photo. Consequently, the instant photography was born and the Polaroid Land camera was first hit the store on November 26th, 1948.

Optimism and obsession are two common ingredients we have seen in the characters of almost all great people. From Edwin Land’s story, this very similarity of character again strikes us:

In 1926, a Harvard student was walking along Broadway in New York City; he was overwhelmed by the glare from the headlights and store signs. He sensed a safety hazard and wondered if polarized lights could reduce that danger. He dropped out of school and began doing research at the New York Public Library. Eventually, he found a laboratory at Columbia University whose window was regularly unlocked. He would climb in at night and conduct experiments. He designed the first inexpensive light polarizing filters and eventually returned to Harvard and was provided a lab to do further research. The student was no one else but Edwin Land of Polaroid.

There, Land shared his vision with his physics teacher and they created Land-Wheelwright Laboratories. In 1934, Eastman Kodak gave Land-Wheelwright an order for $10k dollars worth of polarizing filters. Kodak wanted a polarizer laminated between two sheets of optical glass, but neither Land nor Wheelwright had any idea how to make it. Nonetheless, they accepted the order and successfully created what they called “Polaroid.”

Edwin Land was an eloquent speaker and he often shared his insight and vision with Polaroid employees and shareholders. At Polaroid’s annual shareholders’ meeting, Land often got up onstage and displaying every bit of his considerable magnetism.

Besides Land’s essential quality of a true entrepreneur — his ability to see beyond the line and the ability to spot unforeseen opportunity is as prevalent in the success of Polaroid as his ingenuity.

He was always with this very ability to see far ahead. His ability to inspire and lead along with his deep insight can be seen in this eloquent voice he gave to Polaroid employees On December 23, 1942:

If you dream of something worth doing and then simply go to work on it and don’t think anything of personalities, or emotional conflicts, or of money, or of family distractions; if you just think of, detail by detail, what you have to do next, it is a wonderful dream even if the end is a long way off, for there are about five thousand steps to be taken before we realize it; and start making the first ten, and stay making twenty after, it is amazing how quickly you get through those five thousand steps.

To know, understand and inspire by Land’s rags-to-riches story and his remarkable entrepreneurial journey try this wonderful book Insisting On The Impossible: The Life of Edwin Land, by Victor McElheny- a former New York Times columnist, although more than a decade old, the book captured well the thrilling and turbulent world of innovation and entrepreneurship.