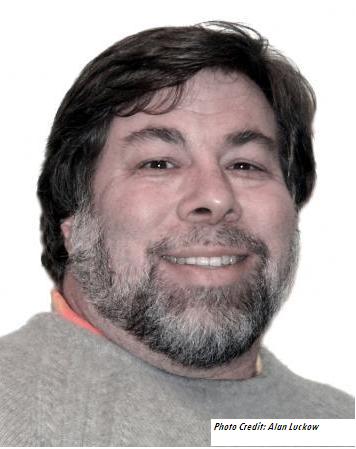 It’s better to be young because you can spend a lot more nights, very, very late to get things done- Steve Wozniak

If anybody in history can be claimed to have set off revolution of personal computer, it might be Steve Wozniak. He designed the machine that showed the path to personal computer. Along with Steve Jobs he founded Apple in 1976. He single-handedly designed Apple’s first two computers’ hardware and software—an extraordinary feat even for the time that set the company in motion. As a person and as a engineer Wozniak is equally simple and miraculous. In an exclusive conversation with Jessica Livingston’s in her book Founders at work: Stories of start-ups early days this genius shared some very intriguing advices for start-up entrepreneurs, specially who are from technical cum engineering background. Let's taste them:

First of all, try to have the highest of ethics and to be open and truthful about things, not hiding. If you have to hide something for company reasons, at least explain what you’re doing. Don’t mislead people. Know in your heart that you are a good person with good goals because that will carry over to your own self-confidence and your belief in your engineering abilities.

Always seek excellence: make your product better than the average person would. If you can just quickly whip something out and it’s done, maybe it’s time, once in a while, to think and think and think, “Can I make it better than it is, a little superior?” What it does is not necessarily make the product better in the end, but it brings you closer to the product and your own head understands it better. Your neurons have gone through the code you wrote, or the circuits you designed, have gone through it more times, and it’s just a little more solidly in your head, and once in a while you’ll wake up and say, “Oh my god, I just realized a bug that’s in there, something I hadn’t thought of.” Or, if you have to modify something, or add something new, you can do it very quickly when it’s all in your head. You don’t have to pull out the listing and find out where and maybe make a mistake. You don’t make as many mistakes. Just believe that what you have is better than whatever has existed before. We should only move forward in technology and not backwards.

Lack of tools: find a way to do it. If you say, “I have to have a tool,” and you are a prima donna—”I have to have a certain development system”—if you can’t figure out a way to test something and get it working, I don’t think you’re the right type of person to be an entrepreneur.

Entrepreneurs have to keep adjusting to . . . everything’s changing, everything’s dynamic, and you get this idea and you get another idea and this doesn’t work out and you have to replace it with something else. Time is always critical because somebody might beat you to the punch.
It’s better to be young because you can spend a lot more nights, very, very late. Because you have to get things done, and there’s almost no other way to get around that. When the times come, they are critical.

Wozniak currently serves as Chief Scientist for Fusion-io. His autobiography iWoz: From Computer Geek to Cult Icon published in September 2006 by Norton Publishing.