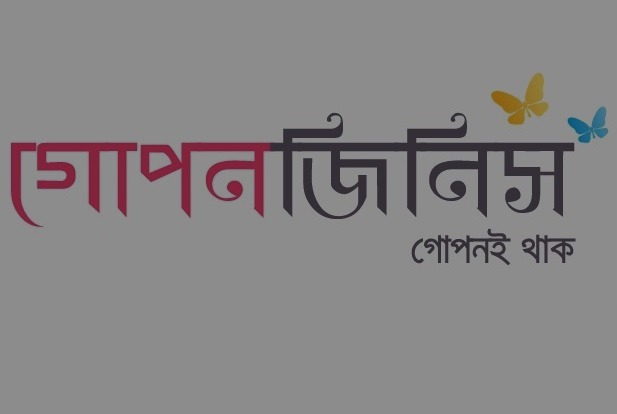 Buying bras and lingeries in Bangladesh can be agonizing–more often than not you get to talk to a male salesperson, there are shoppers looking weirdly at you and then you feel an avalanche of embarrassment shrouding your shopping experience.

Today, Goponjinish is one of the most popular online shopping destinations for women and men for undergarments and it offers privacy and comfort in shopping.

“Imagine you went shopping to buy a bra or a lingerie or a nightwear and there’s a sales guy right across the counter with whom you get to talk and buy the product–it is just utterly awkward and most women and even men shy away and seldom do the shopping,” says Shaer. “Even when after drawing enough courage we decide to go forward, we put ourselves in pressure and try to finish the act as soon as possible and we end up buying the wrong products. In Bangladesh, this is a cultural problem, and we are not used to it. At Goponjinish we are solving this problem.”

The startup let its users buy products by all means. You can call, there are male and female call center representatives with separate phone numbers, you can chat online and place an order or you can checkout on the website. The startup work hard to make sure that you feel discrete and comfortable shopping on its platform.

Goponjinish, which is owned and funded by Nascenia IT, has already started to show potential. Since its launch three years ago, the platform continues to grow and has been cash-flow positive since its third month. The site has around 25k visitors a month and sells around 20 orders a day with an approximate basket size of BDT 1.00k.

How it all started

Most people start a clothing or fashion business because they love design and want to solve something in the area. With women related businesses, it is often about empowering them. Very few start with a solid business plan and end up worrying about the business aspects later.

But for Shaer, Fuad, and team Nascenia, it went the other way around. “We noticed that ecommerce was seeing a steady growth and anticipated that it has a future in Bangladesh given all the relevant indicators. We wanted to do something in ecommerce”, says Shaer. “We were not particularly looking for a sector or idea, instead we were more concerned about business aspects of whatever we wanted to do. After much discussion, we ended up with women undergarment products. The name, Goponjinish [secret things] which to many has a negative connotation, was intentional and came naturally. We thought the name would deliver the message upfront. Well, it has both good and bad aspects.”

Goponjinish started as more of an experiment. At the beginning, Nascenia assigned one of their regular team members, Abdullah Al Imran, as the project lead and Nascenia development team helped put the website together. “Initially, we took a very lean approach, we did not buy any product. Instead, we went to some retailers and asked them that we wanted to sell their products online whether they would allow. Once they agreed, we took pictures of some products and put them online,” says Shaer. “That’s how we started. In the first month, we got around BDT 31k amount of orders. Then the next month we got a little more orders and it kept growing. That’s when we decided to change things a bit and put together some process in place, get some inventory etc.”

Goponjinish used to source products from the regular retailer, so initially, the margin was very low. It was a new space, so it took time to understand the customers and business process. “There were critical issues like we took order for a particular product but it was already out of stock that we did not know and now we had to convince the customers and apologize,” says Shaer.

There is a negative connotation with the name, to some people. People perceived it as something else. “We had to work hard to overcome that challenge,” says Shaer. “Now the positioning is quite strong and the number of people asking for weird products is almost nil.”

Initially, the number of women buying directly from the Goponjinish were relatively low, which also tells about the wide gap between male and female internet users in the country. However, the number is picking up now.

Team Goponjinish has been running targeted campaigns to attract more women customers and build a community around it. Marketing for Goponjinish is still a challenge. “Although we sell lingerie and underwear, it is culturally inappropriate for us to use models to showcase products which is quite mainstream in countries like India,” says Shaer. “We have been trying to find a delicate balance here. For now, we use mannequins for photo-shoot.” Since it is a discrete product and shopping, customers often don’t feel like giving their information that makes long-term targeting difficult.

“There were issues with delivery but those are almost solved now,” says Shaer. Goponjinish uses a third party logistic service. Shaer also considers payment as a serious problem to ecommerce growth. Now almost 90% of ecommerce transactions are cash on delivery [COD], which according to Shaer, slows down the growth, discourages users, and creates other problems around payment.

There is a problem with availability of quality underwear products in the market as well. “Culturally we don’t value undergarments that much,” says Shaer, “probably because of that we don’t understand the importance of a quality lingerie. Sourcing quality products is a problem”.

Like many markets, success often draws a crowd of followers in Bangladesh. There are a couple of companies operating in the space now including Manobika, Ontorbash etc. However, Shaer is not worried about competition.

Goponjinish started with only one full-time team member. It sold only BDT 31k total in its first month of being. It used to source products from retailers with a very small margin and it did maintain very small to almost no inventory.

Today, the startup is a team of 12 people, although most of the technical people work at Nascenia. It receives close to BDT 31K amount of orders per day and growing. It maintains inventory now and is a quite well-known brand in its space. However, Shaer thinks they are just getting started. “It is hard to predict the success of an internet business,” says Shaer, “this is something like a marathon. The one who is running faster in the first few miles is not necessarily going to win the race.” Shaer wants to stay in the game for the long run.

Goponjinish plans to add more products and variety in the coming days. It also plans to invest more in getting closer to its users. “There is a dearth of quality products in this space,” says Shaer, “we have plans to tackle this in the future. We want to get closer to our customers and serve them better.”

Goponjinish has already hit a chord with the market. There is a growing population of economically independent women in Bangladesh who have the purchasing power and want to buy things for themselves. At the same, online shopping is also on the rise which will only go up in the coming years. If done right, this has a bright future.