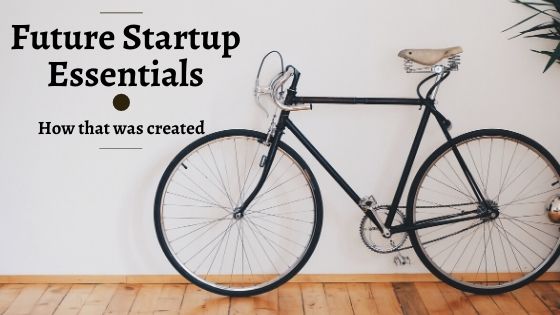 After interviewing 200+ startups we are releasing our first collection

About a year ago we launched a new series titled “how I created that” with an ambition to chronicle the founding stories of some of the interesting startups and organizations in Bangladesh. As we speak, we have published some 30 founding stories of Bangladeshi startups and every one of them is unique and offers useful lessons in finding ideas and launching companies.

When we launched the series, we had two goals:

One, we wanted to show that ideas evolve and the path to finding an idea is often not linear. Every idea goes through a journey. You think of an idea to start with, you make a prototype, you test in the market, you collect feedback, you refine the idea, and then you launch something into the market. This process could happen multiple times. We wanted to understand the process and figure out if there is a unified process for finding ideas and launching them into the market.

Second, we wanted to understand how people finally make the decision to launch a startup into the market. What does it take to launch a startup? How do you finally make a decision to pull the plug? What are some common resources you need? How do you go to the market and collect feedback? We wanted to understand if we can put forward a playbook to launch startups, get feedback from the market and get traction.

It has been a humbling exercise. We have learned some new things and received reinforcements for some of the ideas we already know.

Often best ideas are those that evolved organically and are not forced. Founders did not start with aim to emulate someone else. The ideas were not original per se, but they were not pure contextualization either.

Launching a startup takes time and often the act of founding a company begins many years before the actual materialization of the launch. Founders come across a spark. Get inspired by an idea. Start working on a plan. Fail. Change the plan. Try again. Evolve the idea and move forward.

Companies change in every stage of their journey. Metamorphosis happens at almost every stage.

Finding a product-market fit is often a journey than an action.

Most successful founders possess a kind of quiet determination. They are not overly expressive but they maintain an internal determination that drives the company forward.

Failure is often common. Not giving up easily and the ability to give up when the time is right both are useful skills. Successful founders show a trend where they almost always make the best possible decision in such a situation.

All ideas have the potential to break out. Some do and others don’t. Openness and a kind of flexible determination contribute to that.

These are only a few of the lessons we have learned from the stories, there are more.

Below find a list of 30 founding stories of 30 Bangladeshi companies. Some are excellent reads, some are not so but all of them have insights and education that could help you think.

How Shohoz Was Created

How Udvash Was Created: Udvash’s Journey To Building A World-Class Shadow Education Institution In Bangladesh

How Loosely Coupled Technologies Was Created

How Flight Expert Was Created

How LightCastle Partners Was Created

How Zanala Bangladesh Was Created: Life Takes You To Places

How HungryNaki Was Created

How Jatri Was Created: 03 Lessons for Founders

How iFarmer Was Created: Lessons in Finding Product-Market Fit