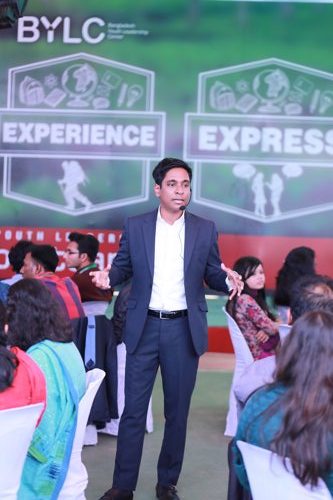 BYLC started a small project in Chattogram with an ambition to bring together youth from diverse backgrounds, engage them in active citizenship and equip them with leadership skills so that they could make a difference in their personal lives as well as in society. The project eventually took a formal organizational structure in 2008.

In the early days, BYLC was a small team of a few people and did not have an office of its own. Ejaj Ahmad, Founder, and President of BYLC, was working out of a room in his father’s apartment. The next few years were extremely difficult for Mr. Ejaj and BYLC. “Rejection was a regular thing, Mr. Ejaj recounts his experience of early days in an interview with Future Startup.

BYLC has come a long way from there. Over the past ten years, BYLC has grown as an organization as well as in the scope of its operation. In this story, prepared based on our multiple encounters with Mr. Ejaj, we recount the origin and early days of BYLC. I hope it would provide an excellent education for aspiring entrepreneurs and makers.

When I was 15, a student of Maple Leaf International School at that time, I read my first book on leadership. It was Effective Leadership by John Adair, a British management guru. The book got me interested in learning more about the subject.

Soon after my A-Levels in 1999, I enrolled at the University of St. Andrews in Scotland for my undergraduate studies. I studied Economics there but spent more time running campaigns and being involved in student politics.
My singular mission for four years at university was to become the first non-white President of St. Andrews Union. It was a sabbatical position for a year and no other non-white student had held that position before.

In 2003, during my final year at St. Andrews, I launched my presidential campaign. I put together a campaign team with campaign directors, executives, a poet, and a historian. We even had a campaign song and website. In the week leading up to the election, I was charging around town, delivering speeches at different departments and halls of residence, and persuading students to vote for me. 7 of us were running for the position.

Despite my best efforts, however, I came third in a close-run race. Derek MacLeod, one of my closest friends from the first year, became the President. I was disappointed and heartbroken with the election outcome. And for several months after the election, I thought it was the end of my world. In the summer of 2003, I gave my final exams and left Scotland without attending my graduation ceremony.

When I look back at the experience now, I feel that losing the election was one of the best things that happened to me. It taught me two valuable lessons about leadership. The first one was humility and the second one was restraint.

On my return to Bangladesh, I started looking for a job. My father encouraged me to join a bank but I accepted an offer from Dr. Atiur Rahman to work with him as a research economist for the grand sum of Taka 10,000 per month. I chose to work with Dr. Atiur Rahman because I felt that he would be the right mentor for me.

For the next several months I worked with Dr. Rahman and Mohammad Hossain, a former managing director of Sonali Bank, on a World Bank-funded project on banking services for export diversification.

Is it necessary to hold a formal position to bring about change? Or can people without a title also bring about change? I did not have any clear answer but I had a realization that leadership and position were not the same. This understanding has shaped many of the later events in my life.

At the same time, I was exposed to the complexities and dynamics of the private and public sectors in Bangladesh. As part of our research, I had the opportunity to interact with practitioners and leaders from the Ministry of Commerce, Ministry of Finance, FBCCI, BGMEA, BKMEA, DCCI, and several other exporters associations.

These experiences also made me realize that the main bottleneck to Bangladesh’s development is not money, but leadership. I knew then that I wanted to do more work in the field of leadership. But I had more questions than answers. So I decided to apply to graduate school.

I applied to only one school. I was lucky and got accepted to Harvard University, where I studied public policy and leadership for two years.

In the summer of 2007, after completing the first year of my MPP program at Harvard Kennedy School, I returned to Bangladesh with a two-and-a-half-thousand dollar grant from Harvard. I visited 22 schools in Monohardi and distributed books to secondary school students and spoke to them about their aspirations for the future.

My interactions with the students had a profound impact on me. It made me realize that many of the things that I’ve been blessed with in my life are just my good fortune. It’s not my credit. My life would have been quite different if I was born into a different family. I took a decision that summer that I would return to Harvard for my final year and focus on developing a plan for a youth leadership program in Bangladesh.

The beginning and the early days

In the fall of 2007, I shared my idea with Professor Ronald Heifetz, one of the world’s foremost authorities in the field of leadership, and he connected me with a few organizations in the U.S. that were working on youth development. Ronald Heifetz, later on, became a teacher and mentor, and eventually an advisor to BYLC. During this time, I also met Shammi Quddus, who was then a second-year undergraduate student at MIT. Shammi and I jointly wrote a proposal for a month-long leadership program in Bangladesh that eventually won the 2008 Davis Peace Prize for USD 10,000 in March 2008.

Shammi and I returned to Bangladesh in June 2008. She came with a return ticket and I came with a one-way ticket. She had one condition for working with me: the pilot program had to be in her hometown Chittagong. So I moved to Chittagong to run the pilot with 30 college students, drawn in equal proportions from English, Bangla, and Arabic medium (Madrassa) backgrounds. After a successful Building Bridges through Leadership Training (BBLT) pilot in Chittagong, Shammi went back to MIT and I returned to Dhaka.

I had no money, no job, only a few brochures from the pilot, and a heart full of hope. I started approaching different people to join BYLC’s board. Many said no, and some said yes.

In the meanwhile, I applied for name clearance for BYLC. The official fee at that time was Taka 100 for name clearance and Taka 250 for registration. That’s the total that I paid. I thought that if I wanted to start a leadership center that would educate young people then I must set the right foundation from the beginning.

I didn’t have a lawyer or an agent. And I didn’t spend an extra penny although I probably could have hired a lawyer with the money I spent on my numerous rickshaw rides to the RJSC office, which was then in Motijheel.

On January 5, 2009, we got our registration certificate. By February 2009, I was zero. I had run out of whatever little savings that I had. I was working from a small room in my father’s apartment.

When I was even struggling to pay my modest mobile phone bill, I approached one of my closest friends and asked him to donate Taka 100,000 to BYLC. He complied. BYLC restarted.

After a couple of months, we secured another small grant to run our second Building Bridges through the Leadership Training program in Dhaka.

I mustered all the courage that I had and requested my father to move the bed from the guest room in our apartment and let me use it as a temporary office. I promised him that I would only use his guest room as my office for six months. I ended up working from that room for the next three years.

Read our coverage of BYLC here. 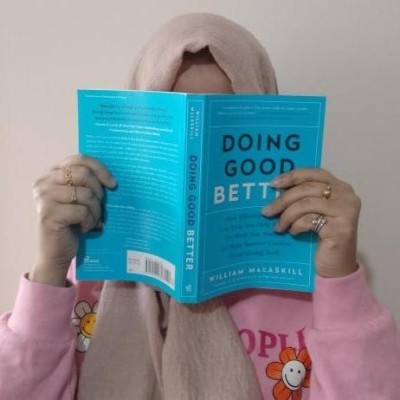