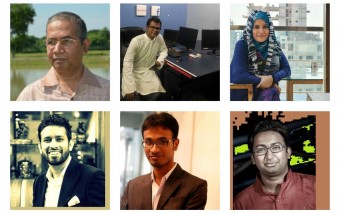 The Most Popular Profiles Of 2015 [Year In Review]

After most popular Future Startup interviews of 2015, here comes the best profiles of entrepreneurs of the year. As we are about to say goodbye to 2015, what better way to reflect on it than by looking back on those stories that inspired us most?

Gathered below are 8 most read and most adored FS profiles of entrepreneurs. You can read this year’s best interviews here, and last year’s best reads here. Shawkat Hossain has an astounding body of work. He started off his career in a Garment factory and then moved to NGO and worked at Brac for awhile. When Brac decided to start Brac Bank with a concentration in SME banking, a very risky idea back then, he was picked to lead SME division for the newly born bank. Shawkat entered Banking.

He worked as the Head of SME when Brac Bank started its operation back in 2001. Then he moved to Afghanistan to set up a branch of Brac Bank. He was one of the few people who was instrumental in starting a Brac Bank branch in Afghanistan.

After coming back from Afghanistan he joined Prime Bank as the Head of SME division. All of these experiences and seemingly disconnected dots fell into place when Shawkat started to think about a venture capital firm.

Startup funding is a tricky thing”, says Shawkat, “because you don’t know many things that hang on the future. Hence, the ability to see beyond the line and understand people and future is an indispensable skill. Hanium Maria Chowdhury is the Founder and mind behind beautiful fashion brand Tahoor. She graduated from North South University in Applied Linguistics and started off her career as a teacher.

After a while she worked at PLAN, as a Communications Coordinator, and then she joined Asiatic. At Asiatic Hanium worked for 3 and half years where she headed the PR team.

Hanium had no obstacles when it came to beginning a career in multinational corporations with big salaries, yet her story of transformation is not only incredible, but also incredibly inspiring.

From January 2013 to March 2014, Hanium ran her store in a room from her home, but eventually moved to her own store space at a convenient place in Panthapath, from where she is able to take care of her home and children. This year, Tahoor also launched a store in Banani. Tahoor has its own factory and workers who design the clothes, and has gained a considerable amount of attention even from international consumers within a very short time of its existence. Riyad was born and brought up in Bangladesh and went to Scholastica for schooling. He did his undergrad from Richmond University of UK, and majored in Marketing. There he worked part-time to pay his expenses. From the beginning he wanted to be an entrepreneur, and he always dreamt of coming back to Bangladesh and starting his own company.

After completing his graduate program in UK, he got a job offer at Management level from a good company but decided to come back to Dhaka at his own risk.

He did not know how to start a business when he came back to Bangladesh, and also could not rely on parents for expenses. Rather Riyad chose to take a chance.

You should always pursue what you are passionate about. And for me my passion was always brand, advertising, and communication. Nilufer H. Karim is a lifelong learner. She studied botany, plant physiology, and bio-technology and now she is studying startup and entrepreneurship. After completing her graduation from Dhaka University in the 70s, she started her career at the Bangladesh Rice Research Institute.

She worked at BRRI for thirty three whole years. Once I asked her how she feels about her work at BRRI, she said, I feel satisfied: when we started at BRRI we were not self sufficient in food but now we are self sufficient, even capable to export. Once you have dedication, vision and right leadership things will fall into their places.

Last year Nilufer started a company called Memento International-a natural and organic food manufacturing and distributing company. The brand name of her product is Nature’s Gift. As a botanist and a biotechnologist Nilufer has always been passionate about nature and natural foods.

“People nowadays are very impatient”, Nilufer said, and “we are not sharing how to attain balance and equilibrium. You need to balance play and work and you need to understand that things do not happen overnight.” She said this generation of young people has a fatal mentality of switching back and forth. But if you want to make something really extraordinary you also need to be consistent. The key to long term success is balance+consistency.

5. One Entrepreneur’s Journey From Near Failure To Building A Global Messaging Company From Bangladesh
A M Ishtiaque Sarwar
Founder, MUTHOFUN A M Ishtiaque Sarwar started his mobile startup MUTHOFUN the same year I started my university: 2008. For 2008 MUTHOFUN was a very ambitious idea. There were very few companies working in the domain. As a natural entrepreneur with passion for innovation and technology Ishtiaque wanted to build something that would do great things if not change an industry. MUTHOFUN did change something and became a successful business but most importantly it changed Ishtiaque as an entrepreneur.

Started in 2008 as a service project of Soft Tech Innovation Ltd., it took Ishtiaque 03 years to make MUTHOFUN profitable.

There is a lot to learn from the journey of Ishtiaque but the most valuable one is of course the education of how to stay sane and keep doing the work you love even when you keep failing to achieve. In simple: persistence. Life is a long game of patience. You will hit the brick wall more than once but what ultimately defines our life is not how many times we avoided the brick wall but how many times we endured it. Once asked about how he got the idea at the first place Abdullah Al Mahmud, the Founder and Editor of Zero to Infinity replied with rather an obvious answer: most of us tend to solve a problem that we face ourselves and want to create something that we want most to have.

In fact, this is what many great minds and makers before us have done. May be stories of making has a common cord to connect, may be our journey of making something happen is not that different at the end.

“In October 2011, we published our first issue,” said Abdullah, “but the response we got was frustrating. Not even 100 copies were sold! So we stopped publishing. It was a huge blow. We stopped the project for a while. Ovick is passionate about building great teams, creating an uncompromising culture of excellence and solving problems. Ovick chooses to be an entrepreneur because he thinks it is a great way to make a positive and sustainable impact. Being a student of the country’s leading business school made him confident about his entrepreneurial abilities.

He believes that entrepreneurship is not only about profit, but also about making meaningful contributions to the society, which, if significant, the society itself rewards with profit and equity.

The traditional businesses in Bangladesh have a limiting philosophy. It focuses on monetary returns only and ignores the bigger picture of understanding the deep rooted problems of the society and work out solutions to address those problems.

Ovick believes our biggest obstacles and greatest challenges lie within us. Our doubt makes us weak and our ties hold us back. During a moment of trying we are the first ones to doubt ourselves.