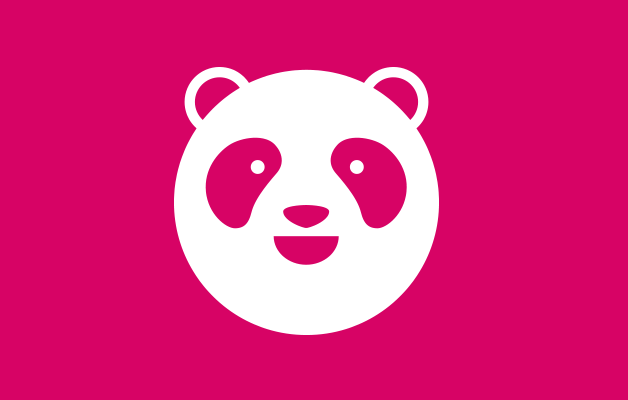 Foodpanda Vs. Restaurants, Internet and Aggregators, and What Restaurants Can Do

Modern businesses are amoral in nature. Amoral does not mean illegal or immoral, it simply means that you are utilitarian in nature and in your decision making. Businesses exist to maximize profit. In his now-famous Friedman Doctrine, Milton Friedman introduced the theory in a 1970 essay for The New York Times titled "The Social Responsibility of Business is to Increase Its Profits” for its owners. Although many corporations of today make an active effort in distancing themselves from the doctrine, the doctrine continues to influence how corporations operate and make decisions. Since businesses exist to maximize profit, the discussion of cruel competition or using market power to gain additional advantage from suppliers is moot.

There is an outrage going on on Social media platforms surrounding a Facebook post from a restaurant based in Dhanmondi relating to its treatment by Foodpanda Bangladesh. The allegation against Foodpanda is straight forward: Foodpanda, in not so great a manner, asked the restaurant for a higher commission than what it was currently paying. Restaurants usually pay a commission between 20-25% to food delivery platforms for listing their restaurants on these platforms and delivering foods. The complaint against Foodpanda is that the company was asking for some 35% commission. Foodpanda, in a series of emails, asked the restaurant indirectly to increase the price of foods and then offer a discount on the increased price. An apparently dishonest suggestion, however, not an entirely uncommon practice. The restaurant refused to do that because of apparent business reasons i.e. if the restaurant raised the price on Foodpanda platform, it would have to do the same across platforms including its physical space that might negatively affect its sales and so on leading to a public breakup between the said restaurant and Foodpanda. Foodpanda offered an explanation saying that there might be some miscommunication instead of entirely dismissing the acquisition.

From the restaurant perspective, the entire saga might look like a questionable practice. But in reality, it was not unexpected. Because the point of being Foodpanda lies in being able to charge a higher commission from restaurants.

Foodpanda is a food delivery service and restaurant marketplace that aggregates restaurants on its website and mobile app. It then allows customers to order from any of the restaurants on its platform and delivers the products to customers' doorsteps. The value proposition Foodpanda offers to restaurants is simple: more orders + enabling home delivery + offering order management tools. The value proposition it offers to customers is simple: all of your favorite restaurants in one place + convenience of ordering from home + excellent service i.e. on-time delivery, price benefits, etc.  The way Foodpanda makes money and aims to make money is through a commission from restaurants + launching white label restaurant brands + using cloud kitchen models to earn more commission.

When Foodpanda gets into a relationship with restaurants, the company usually uses a standard agreement detailing the ins and outs of the deal. While many food delivery services started without a strict agreement with the restaurant partners, Foodpanda has been strict about this agreement.

When Foodpanda started selling food online in 2013, food delivery was a relatively new thing in Bangladesh. There were a lot of talks but little impact on the market. The total number of players in the food delivery business was a handful. Seven years down the line, food delivery is an entirely different industry today. TAAM has grown. Awareness in the market has grown. Hence the number of people ordering food online has seen a meaningful uptick. With the market growth came more competition. The number of players has increased. Food delivery is an entirely different market today. Add the coronavirus pandemic dynamic to that, you have an industry growing at a rapid rate as people stay in-doors.

Foodpanda Bangladesh, as one of the leading players in the segment, has gone through a metamorphosis of a sort. It has expanded coverage. Made meaningful strategic changes such as introducing free delivery for all orders, slashing minimum order value to BDT 50, and so on. It has pushed for restaurant acquisitions. Today, there are over 3200 restaurants on its platform (this data is from 2019). Introduced a new recommendation engine on its platform. Invested in data and technology to improve logistics.

The company does all these things in order to attract both customers and restaurants. Although the public-facing definition of Foodpanda is that it is a food delivery service/restaurant marketplace, in practice, however, it is an aggregator of demands for foods. It does aggregate restaurants. But most importantly, it aggregates customers thus demands. In fact, the reason it aggregates restaurants, offering more options to customers, is precisely because it aims to use that to aggregate more demand. Aggregating demand is critical for Foodpanda because it allows the company to gain market power that enables it to attract more restaurants because restaurants see that they really receive substantial orders from Foodpanda, eventually allowing Foodpanda to bargain for more benefits from restaurants.

The relationship between Foodpanda and restaurants thus resembles the one between a retailer and a supplier. The only difference is that Foodpanda, at least, to begin with, offers a greater number of benefits to restaurants. Eventually, the relationship turns into that of dependency instead of codependency: the restaurants depend on Foodpanda for online orders, and managing deliveries.

How does that work?

Foodpand does not get a commission for merely aggregating restaurants, it does so for generating orders. Foodpanda generates these orders eventually. It brings on restaurants on its platform. Spend generously in marketing and discounts that are often carried by restaurants and gradually build a customer base that becomes reflexible in terms of ordering online from Foodpanda. Foodpanda offers convenience to customers. Discounts. And a great service. Foodpanda wants all customers, if possible, to order online. Why should you go out for food, you stay home and we deliver your food. To get to this goal, it makes it easy for customers to find their favorite restaurants on the Foodpanda website and app.

Initially, Foodpanda makes it a no-brainer for restaurants to join the platform. There is a minuscule commission but a ton of benefits in the form of extra online orders, marketing, and logistics support. These orders, in fact, in many ways are a result of the cannibalization of the same restaurants’ offline users.

The job Foodpanda does is not aggregating restaurants or food delivery, rather it aggregates demand for food. It aggregates customers through disintermediation.

Once Foodpanda aggregate enough demands and disintermediate restaurants, it now has immense power to dictate the terms with restaurants. It now can force restaurants to become cloud kitchens, launch kitchens itself, and ask for greater commission.

I wrote about this extensively in Shohoz Makes A Necessary Move And Shohoz’s Search For Moat:

“Theoretically speaking, Shohoz is a logistics company at its core, at least it is for now. It does not sell tickets, it enables customers to get tickets without visiting ticket counters for bus, movies, launch and in the future many other things. It does this either electronically or by delivering tickets physically to customers' doorstep in collaboration with owners of buses and other services.

In the process, it makes your life easy and builds an intermediary relationship with the customers and disintermediate ticket counters of buses and cinemas and launches from customers. This disintermediation of service providers’ own distribution channel is where Shohoz’s success lies. When it manages to build a direct relationship with end customers it becomes indispensable for the services providers for selling tickets.

Shohoz in a sense is an aggregator and its power lies in its ability to build and control relationships with customers and thus distribution. Customers go to Shohoz because they can buy any ticket from one place and service providers rely on it because it controls customer interaction. That’s the name of the game.”

In many ways, Foodpanda does not have any other option to maximize profit for its shareholders. The company has been investing in building the market, it continues to serve customers well, and all that work makes sense only if it can generate outsized profit through aggregating demand.

Customers don’t care because they get good prices and good service. And there is no moral judgment here because every other aggregator such as Shohoz or Pathao aims to do the same. However, there is an opportunity for a logistics company that would enable independent restaurants to manage their logistics.

There are physical world aggregators such as Walmart or Shwapno or Meena Bazaar. These companies aggregate demands and use that power to get the best price from suppliers. However, the internet makes aggregation possible to an entirely different level. In fact, there is a ‘winner takes it all’ aspect to it on the internet.

Foodpanda can aggregate almost all the demands for restaurant foods out there, which is quite difficult in the physical world. In fact, the more demand Foodpanda serves it will become more and more efficient making it impossible for restaurants to compete with it. We have seen this to play out in vertical after vertical in digital businesses.

What restaurants can do

While the internet enables aggregation to the extreme, the internet also enables direct to consumer (DTC) and niche. What aggregators do is commoditization - it makes everything look the same. For example, on Facebook, every news link is the same. Does not matter NYT or the Daily Star. To Google, every web page is the same.

For restaurants, the best way to avoid aggregators is to build a direct relationship with customers by building an independent delivery channel that restaurants like Dominos have done many years ago. They should develop their own online presence, build differentiation, and find their own niche. The internet offers an excellent opportunity to build direct relationships with your customers, restaurants should take that opportunity instead of taking the easy route to growth by joining an aggregator.