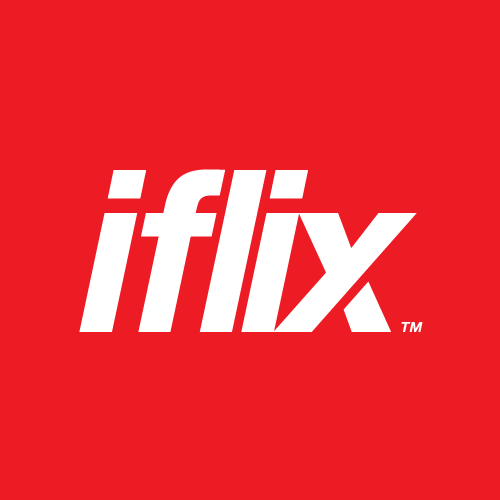 Iflix Ends Bangladesh Operation, and Into the Nuances of Video Streaming Narrative

Online video streaming has taken over our life. The ubiquity of handheld devices, access to the internet, consistent push from platforms like Google, Facebook, and digital media platforms, video consumption has shot up in the last decade. Today’s entertainment can be defined by: endless choices, global, and online. TV has long been transformed - in scope and mindset.

These changes in consumer taste and tendencies have given rise to online video-streaming. Over the past few years, Bangladesh has seen a long list of players entering the space. However, while online subscription video-streaming has seen significant growth in many markets across the world including some markets in Asia, Bangladesh remains a fragmented market for video-streaming.

Don’t get me wrong, Bangladeshis do stream online videos. In fact, video streaming is a hot and fast growing trend in Dhaka. Youtube remains one of the most browsed websites in Bangladesh, with people spending a staggering amount of time on the site. There are a number of local and multinational video streaming services in operation such as Grameenphone’s Bioscope, Bongo, HoiChoi, Addatimes, Netflix among others. However, the number of paid subscribers remains limited in almost all these platforms.

Bongo, the vernacular video streaming platform claims to have a large user base. However, the company has been playing with a freemium model, using advertising as a revenue for its free contents. Apart from offering a premium subscription service, the company is also in advertisements, celebrity management, and content deals.

Netflix has a sizable subscribers-base in Bangladesh, north of a couple of hundreds according to several estimates, without having a dedicated local operation.

Grameenphone’s Bioscope, being a leading player in the space, has a premium offering where the platform offers exclusive member only content. While the platform claims excellent overall user growth, paid subscription continues to be a slow progress.

For Telcos, streaming is more of a means to improving their data revenue performance than an independent business. Innovator’s dilemma continues to affect the growth of teco led initiatives in streaming and other digital services.

Iflix, the Malaysia-based emerging market focused streaming service, entered the Bangladesh market in November 2017 in partnership with Robi. The platform, in fact, was the first proper multinational subscription video-streaming platform having a local team and operation in Bangladesh.

The company tried various strategies to build a lead in Bangladesh. Apart from adding local original content to its content library, it has worked in advertising deals with local companies in an effort to generate additional revenue. But audience growth has been a challenge for the company.

Last week the company announced that after two years and seven months, it would discontinue the Bangladesh operation. The company laid off its entire local team and shut down the office in Dhaka. However, Bangladeshi users can continue to access Iflix service.

Iflix and the narrative and reality of video streaming in Bangladesh

If you look at the narrative without digging much into the details, Bangladesh market is poised for an on-demand video streaming revolution.

Smartphone penetration has been growing.

An increasing number of people, particularly the urban population, rely on digital platforms for entertainment.

There already is a market for streaming services. According to some estimates, Bangladesh has some 45 million cable TV subscribers who pay between BDT300 to 400 to watch local and international TV channels.

This trend, however, is bound to shift. As internet penetration grows and the small screen dominates our lives and we increasingly rely on digital platforms for entertainment, some of these subscribers are likely to move online. This has already started happening to some degree. Cord-cutting is already a thing.

But every narrative has nuances that we often either miss or willfully overlook.

There are a number of challenges for a subscription video streaming service in Bangladesh.

Overlooking these nuances can be costly when you are eyeing to build a video-streaming service at scale in Bangladesh. Iflix certainly paid for not addressing these market realities early and with enough seriousness.

1/ While internet penetration continues to grow, Bangladesh’s internet infrastructure remains a challenge for video streaming. Broadband penetration remains significantly limited outside Dhaka. Mobile data, both 3G/4G, is costly and is of low quality to stream videos.

3/ Audience in Dhaka is fragmented. There are a large group who prefer English language entertainment. Hindi movies and Indian entertainment channels remain popular. There are people who prefer Bangla dramas and local programming. It means, if you want to build a scalable business, your programming has to truly international to cater to all segments of the market. It also means if you are a single market player, your scale will be limited. This reality makes it a tall order for any local player to compete effectively with Netflix and other international players who have deep pockets and can license and produce both local and international content.

4/ All these fragmentations in the market makes it hard for any single market dedicated subscription service to build a substantial business in Bangladesh.

5/ Iflix tried a number of things in Bangladesh. The platform not only brought a large collection of multi-lingual entertainment programming including english, Hindi, sub-continent contents, it has also invested in local programming.

6/ Iflix offered the service at a pricing, BDT 300/month, which is at par with average cable TV price in Bangladesh and far less than Netflix’s monthly USD7.99 to USD11.99. Then there is HoiChoi which offers an annual subscription at BDT 499. HoiChoi offers mostly Bangla language entertainment, predominantly produced for Indian market.

7/ To begin with, Iflix failed to garner enough subscribers. The platform was struggling to retain users as well. A number of things could be behind the Iflix condition: 1) positioning - the company targeted a broad market including regular cable TV subscribers as its pricing suggests. In doing so, it kind of alienated the primary subscription media consumer who uses Netflix and similar services. It did not connect well with the people who consume digital entertainment and are willing to pay for it by trying to achieve relevance with a large audience base. By trying to be everything to everything, it failed to differentiate and build a small dedicated audience to begin with.

8/ As Iflix targeted a broad consumer group, it failed to establish a brand that appealed to a specific segment creating confusion in the market, which eventually negatively affected its subscription growth.

9/ The company hoped for a sharp growth in the Bangladesh market using an international content library and competitive pricing. But it failed to grow the base to maintain a local operation. Original content is expensive.

10/ While Iflix invested in original Bangla content, the investment did not help the platform beyond Bangladesh unlike some other programs such as English or Hindi or Korean. Similarly, unlike Netflix and HoiChoi, Iflix failed to produce widely talked about content that would drive new subscribers for the platform.

11/ The reason Iflix failed to produce buzzworthy content is because Iflix is cheap. The cost structure does not make sense when you are producing original content.

12/ Bioscope, Grameenphone’s streaming service, Bongobd, and, all these services operate on an freemium model using an ad-supported model. The expectation is to steal some of the TV ad dollars.

The business of online streaming

Netflix deserves a lot of credit for making streaming a thing. When Netflix started streaming, transforming itself from a DVD rental service, it was basically a distribution channel. It licensed content from major studios and distributed them through its streaming platform. In the process, it has built a base of millions of loyal users.

The internet and the psychology of the internet have played a significant role in the rise of Netflix and similar streaming services. The internet represents a significantly different mindset than TV and other traditional mediums.

I wrote in the introduction of our future of communication series:

“The central difference between the internet and conventional media is in the mindset. The internet represents an abundance mentality and freedom whereas traditional media is about scarcity. The Internet offers endless choices. The only limitation being time. This is the central reality of this new world that changes many rules.”

Netflix started with offering licensed content as a distributor. It is pretty understandable, you are a marketplace/channel, not a production company. Then Netflix started to invest in original content to keep people on its platform and improve its moats. Netflix has been increasing its investment in original content. There are reasons behind this, major players in entertainment with significant content leverage are now eyeing streaming. For instance, Disney is now a major streaming player.

Content is the most important node in the streaming business. People would only pay for a service if they feel like it is worth paying for.

In Bangladesh, any video streaming business that aims for scale is likely to encounter multi-facet problems. Since Bangladeshi audiences consume English and Hindi contents to a great extent, you will have to find ways to offer these contents, which is an expensive endeavor if you are operating in a single market or you are trying to offer a low cost service in order to compete with Netflix in price points.

For example, Iflix charges BDT 300 per month. For Netflix, the price is $7-$9 a month. HoiChoi offers an annual subscription at BDT499. HoiChoi does not make any exclusive content for Bangladesh. It simply offers what it made for Indian market to Bangladeshi audience. Since the content is in Bangla, it resonates with Bangla speaking audiences anywhere and the price is affordable.

Iflix, on the other hand, remains in a confused service with an offering which is inferior to Netflix and costly than HoiChoi. Moreover, the cost structure makes it prohibitive for Iflix to invest in good enough original contents or compete with Bongo or HoiChoi in price points.

People will pay for your service if they see value in it. Offering value at scale is what most successful businesses need to solve for. You can build a niche and successful streaming service in Dhaka. Netflix, to some extent, is a niche service in Dhaka catering to a relatively small audience.

Iflix was playing a different game and trying to build a business at scale with local operation and production. But offering value at scale is expensive and complex. The path is certainly not a straight line.