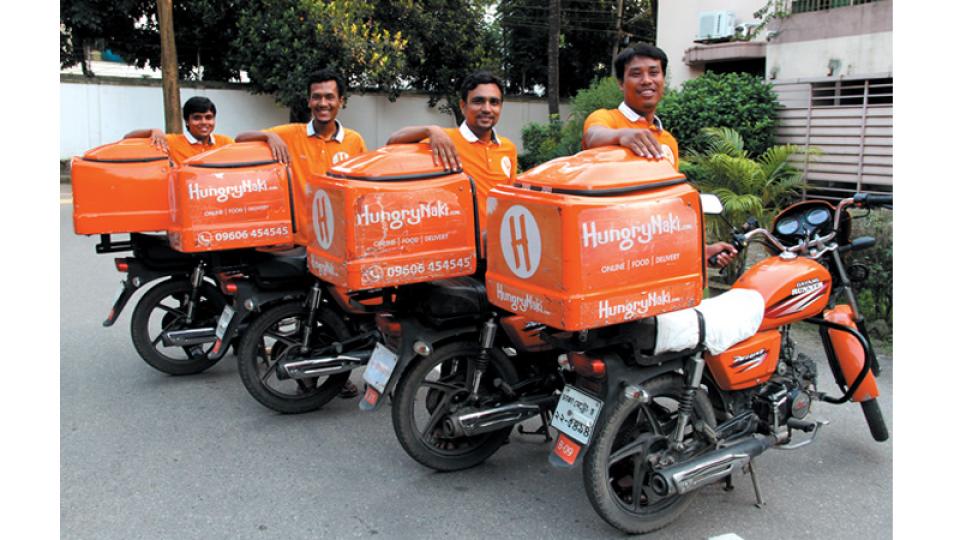 The State of Online Food Delivery in Bangladesh at The Beginning of 2020: Subsidies Make True Demand Hard To Gauge

The food delivery market in Dhaka has only grown hyper-competitive over the past two years. A year ago it was Pathao Food, the food delivery service wing of ride-hailing company Pathao, which was offering hefty discounts to the point of absurdity, and today it is Foodpanda. While Foodpanda, with its renewed focus in the region for growth, is leading the discount war, remaining of the players do maintain a steady push, albeit not at the extent of Foodpanda.

Shohoz Food, the food delivery offshoot of ride-hailing company Shohoz, remains a competitive player. The company continues to push its food business and claims to have excellent growth in the food delivery business. Pathao Food, however, has significantly curbed its hyper discounting approach. But it remains a competitive player and tries to cover up its discounting limitations with service and product level innovations such as loyalty points.

The new entrant Uber Eats is relentless. Officially launched in mid-2019 in Dhaka, the company is trying to make up for its late entry to the market with discounts and other promises.

Local and earliest player HungryNaki takes a different path, largely due to the reality that fundraising remains a challenging affair for local companies. The company has taken a slow and steady approach to growth. The company, it appears, will try to wait out the discounting fight if the current situation persists. The other prominent player Cookups is more strategically positioned due to its recent strategic partnership with Chaldal. With Chaldal’s backward market linkage to grocery supplies, Cookups has a better path to profitability in a market widely known for its loss-making nature. But nothing is sure in the world of online food delivery. The startup remains thrifty when it comes to discounting.

The limited access to capital makes it a tough play for local companies to compete with international players such as Uber Eats and Foodpanda (Foodpanda parent company Delivery Hero is a public company), both publicly traded companies with almost infinite access to capital to spend. One local founder complained that the “digital business policy environment in Bangladesh is not only disadvantageous to local entrepreneurs, it is outright hostile to local digital businesses. There is no level playing field in the market for local players.”

There are several common thesis in favor of the food delivery business in Bangladesh. One: a growing urban population with dual-income families scarce of time and in need of support for household chores. These people seek convenience. This is exactly what a food-tech company CEO told us a few years ago: “We are seeing a rapid change in family dynamics across the board. An increasing number of women are working today. The number of nuclear families is on the rise making it difficult for families where both husband and wife work full time to cook and manage food. All these changes are contributing to a growing demand for ready-made food and take-out culture.”

None of the thesis, however, stands to the reality in the market. Despite on and off discount spree from several players, the growth remains sluggish. According to several industry insiders, the total daily delivery was at 25,000 orders per day in 2019 on average. There are estimates that the overall current market size for food delivery is $10 million and it could grow to over $5 billion by 2025.

These numbers sound lucrative but it is hard to verify these estimates. Companies would not share their numbers. It is hard to find independent studies on Dhaka’s food delivery market.

With limited authentic and independent data available, it is hard to understand the market size. And with an on-going discount frenzy, it is hard to gauge actual demand in the market. A significant percentage of growth most food delivery companies have now is a direct result of discounts and promotional offers. Many industry insiders told us that most discount-driven growth sheds as soon as discounts stop.

A large number of digital customers are known as bounty hunters. They order when there are discounts and stop buying when incentives are no longer there. Digital consumer tech companies are to blame for this reality, to some extent. In many ways, deep discounting as a growth strategy has changed consumer behavior.

That being said, 25,000 per day delivery is quite a small number compared to markets like Indonesia and India. It is, however, a reality that companies like Grab and GoJek do burn way more than what companies here in Dhaka are doing and those markets are much larger than Bangladesh.

Convenience is important but for a very small set of customers in Dhaka. It has limited use in most markets outside Dhaka.

In order to have a sizable market and sustainable growth, food delivery companies have to go beyond convenience as a value proposition and offer more meaningful value propositions such as price and service.

For example, Pathao did not have any contract with restaurants when it started its food delivery business. The company still works with many restaurants without contracts. This is true for Uber Eats and Shohoz as well. Shohoz has also found it hard to convince restaurants to share commission on orders and continue to operate in a mixed model where some restaurants give commissions and others don’t. This means most of the food delivery companies don’t earn any commission as yet.

The hope is to become the dominant player in the market and then build a large enough customer base to earn a commission from restaurants.

The other revenue source for these businesses is the delivery charge. Until now most of the companies don’t charge delivery fees to customers.

As of now, none of the players in Dhaka are trying to be profitable as such. Foodpanda and Uber Eats are part of global giants in their space. Both public companies. Shohoz and Pathao have rides and other businesses. HungryNaki, the first food delivery company in the country, says it is operationally profitable and maintains that while trying to grow sustainably.

While discount becomes an essential mix for growth, most companies are using a combination of innovation and discount to move forward. It is hard to tell when this discount frenzy would come to a close. That being said, there are very few markets up until now where food delivery is a profitable business.

There are exciting projections about the size of global as well as local food delivery markets. Although the business model of food delivery struggles across markets due to its heavy discounting nature, it is true that these companies are changing how we dine out and eat, albeit slowly in Dhaka.

One food delivery executives in Dhaka told Future Startup that the potential market for food delivery is huge if you can rightly position it and make it affordable to a large enough group of people. A cloud kitchen model can potentially make it happen. That being said, reality has a far greater number of nuances that theories seldom can accommodate.