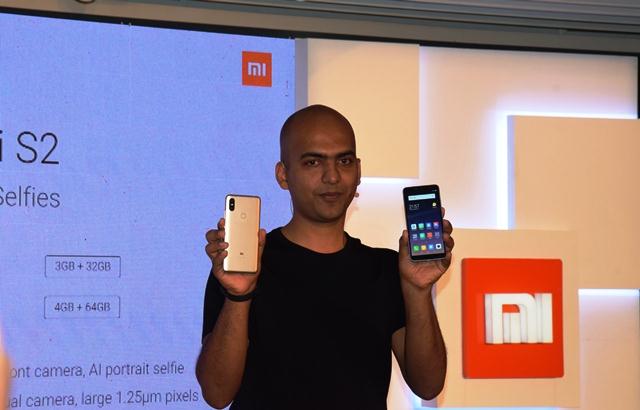 On Tuesday, July 17, Xiaomi, the Chinese smartphone giant, has finally made an official announcement of its operation in Bangladesh.

Manu Kumar Jain, Global Vice President and Managing Director of the company’s India arm, flew to Dhaka. Hosted an event at the Four Points by Sheraton in Dhaka and made a host of announcements including the launch of two new handsets, an upcoming manufacturing plant, launch of mi.com in Dhaka, and launch of a few Xiaomi products in the next couple of months.

Xiaomi, which went public last week, has been selling some of its handsets in Bangladesh for a while now through its local distributor Solar Electro Bangladesh Ltd which first introduced Xiaomi phones in 2016. Mr. Jain said on Tuesday that the official Xiaomi will operate separately from its local partner which import some of Xiaomi products.

Here is a list of things Xiaomi’s Manu Jain announced on Tuesday and plans to do in Bangladesh over the next couple of years:

The announcements came at a time when Bangladesh mobile handset market is going through a lot of changes.

The competition has intensified over the past years.

A host of local and international players has already started establishing their own local manufacturing plants. And smartphone penetration continues to promise meaningful growth potential.

The state of the mobile handset market in Dhaka

Over the past years, Bangladesh has experienced unprecedented growth in mobile phone penetration.

According to BTRC, the country has over 117 million mobile phone subscribers and growing.

Bangladesh is a truly mobile-first nation. According to data from StatCounter GlobalStats, in February 2017, more than 73% of internet users came through mobile whereas the number was only 25% for desktop.

From Xiaomi In Bangladesh:

Following its smartphone success, the company has launched a plethora of products including smart bikes, rice-cookers, TV, internet router, air purifier, VR headset and more. In 2014, the startup announced a funding round of $1.1 billion at a valuation of $45bn. It continued to grow and became the number one smartphone brand in China. The startup also launched in Brazil and then in India. In India, it has found huge success where it is the number one online brand and runs half a dozen factories. The company went public last week.

Xiaomi enjoys a certain level of brand awareness in Bangladesh. Currently, it has 4% of the smartphone market share in Dhaka. There are consumers with a genuine interest in the product of the company. It also has an active local users community through its mi fan club and online forum.

Having said that, Bangladesh smartphone market is an extremely competitive one with a customer base that is price sensitive but demands quality products.

At the same time, Dhaka market has been going through a lot of changes. Due to the consistent push from the Chinese brands, the market is changing fast. According to BMPIA, in terms of volume Symphony imported the highest number of mobile phones in 2017 which was about 30% of the total mobile handsets imported, followed by Samsung which imported 14% of total handsets imported.

On the other hand, Samsung continues to lead the market in terms of value. It accounted for 26% of the value of total handsets imported in 2017 which was 21% for Symphony.

Both companies lost market share to new entrants. In 2016, Symphony imported 37% of the total number of handset imported.

Chinese handset brand Huawei was the third largest importer in terms of both value and volume, 13 percent and 9 percent respectively.

A host of Chinese brands, Huawei, Trassion, and Oppo are investing heavily in Bangladesh. These companies are opening new brand shops, introducing new models, and getting into new partnership on a regular basis.

The other major change in the market has been around manufacturing. Samsung has established a manufacturing plant in Bangladesh and five other local and international companies are in the process of establishing their own plants while Walton has been manufacturing phones locally for a year now.

This current state suggests that it will be tall order for Xiaomi, despite its positive brand image, to break the noise in the market and own a significant market share unless it does something dramatic. This is where its new effort comes to meaning.

Due to changes in the import duty structure, over the next couple of years, brands with local manufacturing capacity will have a significant price advantage over the importers.

This means the companies who already have started building their manufacturing facility in Dhaka are going to be better off in the coming days.

At the same time, currently, most smartphone brands in Dhaka enjoy greater market penetration compared to Xiaomi. Given the nature of the market in Bangladesh, it is not going to be easy to change that reality any time soon. As these brands improve their market leads and at the same time, taking advantage of their local manufacturing, offer better prices, it means an even steeper competitive reality for Xiaomi a few years down the line.

This is why it is critical for Xiaomi to up its game in Dhaka. It seems, the company is fully aware of this reality.