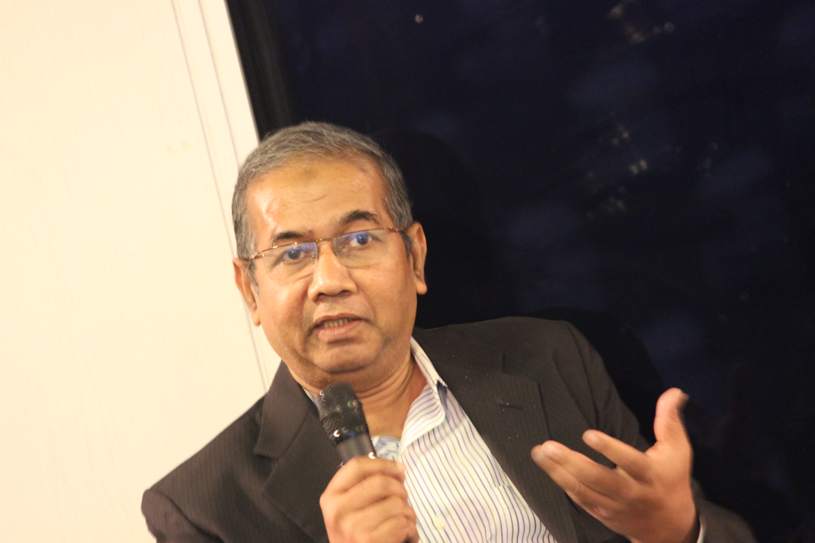 BD Venture’s Path Forward, And The Most Exciting Sectors To Watch In Dhaka: An Interview With Shawkat Hossain, Managing Director, BD Venture Limited

Shawkat Hossain is the founding Managing Director of BD Venture Limited, Bangladesh’s one of the earliest venture capital firms established in 2012 when venture capital rule yet to be promulgated in the country. Over the past few years, BD Venture has invested in six startups, exited one investment, and continues to play a pivotal role in shaping Dhaka’s startup ecosystem.

Mr. Hossain actively contributes to the development of startup ecosystem in the country through advocacy, mentorship, and participation in incubator and accelerator program and as well as his writing. He has played an active policy advocacy role to frame the 2015 alternative investment rule which now enables equity investment in Bangladesh.

In this fascinating interview, Future Startup’s Ruhul Kader interviews Shawkat Hossain on the state of BD Venture and its future plans, how BD Venture works with its portfolio companies, venture capital ecosystem in Dhaka and challenges VCs face, what does it take to raise investment in Dhaka and his take on the most potential tech sectors to watch in Bangladesh.

We had our last interview back in 2015. BD Venture has certainly come a long way from where it was three years ago. You've made three important investments in this period. Tell us about how much has the company evolved so far?

Let us consider growth from two perspectives: investment and operational. We have recently invested in a number of companies including Doctorola, Brainstation 23 and Interactive Artifact. The capacity of our organization has also increased in this period. We have got a license under the Alternative Investment Fund Manager Directives.

Previously, we invested in a solar and a food project. Those were conventional investments. We made our first truly venture capital (VC) investment in Doctorola. Later on, it has shaped all of our subsequent investment decisions.

The prospect of scaling is an important factor in case of VC investment. In that respect, Doctorola and Interactive Artifact have real potential to scale up; while Brainstation 23 has been a profitable company and continues to do so.

The other major development would be, we have exited from one of our earliest investments which is something we believe would push the entire VC industry forward.

A Message From Dhaka Bank Limited

How big is your team now?

Well, our team hasn't grown so much in terms of number. There were three people in our team previously. We are now a four-member team. The real change has happened to our collective business acumen.

In the last couple of years, the investment committee has assessed scores of investment proposals. These experiences have enriched the knowledge-base of our company. The team is now more capable. Our understanding of the market and the VC business has deepened.

We can now make more informed and effective investment decisions bearing in mind the local context.

You invested around BDT 20 million in EON Group which you exited recently. Can you tell us about the return you've received?

Actually, the investment return figure is confidential, so I would not give you a figure. However, I can provide you a rate. We have gained more than two times return on our actual investment in EON Food within four years.

We are, to be honest, not particularly excited about the return since VC firms typically expect a return of at least 10 times the investment.

But the silver lining here is that we have come to realize the potentiality of VC investment in Bangladesh. Similarly, the time has also been shorter to some extent for us.

As we invest in startups in the form of equity, we take a different kind of risk than other investors such as banks. No effective policy implementation from the state-level up till now means that we need to assume greater risk should our investment decisions turn out unworthy. But, the moderate success of EON Food has given us a positive signal that equity investment works in Dhaka.

After the exit, we promoted the event a bit because we wanted the industry to notice it and believe in the fact that VC investment is a feasible business in Bangladesh.

How are the individual companies in your portfolio doing?

We currently have investments in six companies. They are all early-stage companies. Among them, Brainstation 23 has started to generate profit, been doing pretty well.

Doctorola has already received a series of investments from corporate and angel investors. Furthermore, Esho Shikhi has raised an investment in the form of debt from a bank in Dhaka. We just closed the investment in Interactive Artifact and we are excited about the potential of the company.

Do you provide support to your portfolio companies on a regular basis?

Yes, we offer different sorts of support to our portfolio companies. Besides financial investment, we help them with managerial, marketing and operational issues.

For instance, one challenge companies often face is with access, we try to facilitate those accesses with whatever connections we have.

Besides that, we are of course always giving them advice and intellectual support.

Agriculture is another area where I believe a wave of technological advancement will take place. Agro-processing and food-processing will flourish; efficiency will be ensured in agricultural activities.

Do you get diluted when the startups which you've invested in raise fund because many local VCs seek anti-dilution option while investing in startups?

To some degree, yes. As we make the equity investment, our share in the company would be a little diluted if it raises money from elsewhere.

But if the valuation actually increases then there remains no problem on our part.

You have been working on raising fund, what are the updates there? Do you have a timeline in mind for fundraising?

We have applied to the regulator for formal approval which we are expecting to get any time soon. Once we have the permission we will start the main rigorous process.

We have discussed with a few interested institutions and many of them are interested and some have agreed verbally. However, unless we start formally we can’t comment on that.

We are anticipating a timeline of three years until we call for funding. Although the probationary period is a little long, we need it since venture capital is still a new concept in Bangladesh.

VC is a different game. It takes longer than usual to get the return which not all investors find easy to digest. And there is higher risk involved in such investments. Individual and organizational investors are not entirely convinced about VC investments yet. They would need some time to come around. However, the prospect is very high and the return, done right, is better.

In the past, we have invested in agro-processing, health, education and IT. But purely education or health businesses are not the right kinds of business for VC investment. What we will be looking for is tech-based companies such as edutech or health-tech. The main objective of VC firms is to accelerate the innovation of early-stage companies. But it's tough to scale up if the business doesn't have a strong technological foundation.

What are the priorities for BD Venture now?

Since we are one of the few active VC firms in the country, startups and ecosystem look out for us. That’s why we need to expedite our investment process.

VC’s usually invest in the later stage of a company. For companies to go from one stage to another, you need to have a vibrant angel investment ecosystem that can support startups in the early stage which eventually makes it easier for VC to take part in the later stage funding. That’s not happening enough. Now why not enough angel as well VC investments are not happening, it is a good question to explore.

All of the six companies you've invested in are tech-based. A few of them market products and the rest offer services. Previously, you wanted to invest in a handful of sectors. Are you focusing on any particular sector now?

In the past, we have invested in agro-processing, health, education and IT. But purely education or health businesses are not the right kinds of business for VC investment. What we will be looking for is tech-based companies such as edutech or health-tech.

The main objective of VC firms is to accelerate the innovation of early-stage companies. But it's tough to scale up if the business doesn't have a strong technological foundation.

In that respect, a large part of digital technology which we have employed in business and other sectors in Bangladesh have, in fact, been imported as is from developed countries. But we anticipate a shift from that trend to more original, localized IT innovation in the coming days. And this will be one of our top-priority areas for the future.

What are a few tech trends or sectors that you are bullish about?

I think that trends, for the most part, are set by two key factors: its potential in the market and the acceptability of the people.

Take, for instance, the fintech market. bKash has done tremendously well in the recent years in the industry. But they only possess a part of it. The rest of the market is still untapped.

Add to that, as an ex-banker, I can say with a fair degree of certainty that almost 70% of the local population still remain out of the formal banking network. And it's not as if these people don't have money to invest or deposit. Traditional banks have failed to bring these people into their network for a variety of reasons. Fin-tech businesses, therefore, have considerable opportunities here.

Agriculture is another area where I believe a wave of technological advancement will take place. Agro-processing and food-processing will flourish; efficiency will be ensured in agricultural activities. The crisis would surface if we can't harness technological resources to our advantage.

Besides fintech and agriculture, I think health and education industry will see a boom in the coming days. With the rise in per capita income, people will begin to demand better healthcare and education service. But unfortunately, we haven't been able to expand these sectors in line with the public demand.

In the health sector, there are many people who do not still receive institutional medical treatment. I will refer to a survey recently conducted by Doctorola which estimated that about 600,000 out-patients visit hospitals every day. But it's only 37% of the total populace in need of medical treatment. The rest of them settle for village quacks and unconventional, and often dangerous, methods.

As for education, resources have largely been concentrated in Dhaka. Pupils in the remote areas do not receive the same quality of education as the habitats in Dhaka do. Technology can bridge this resource gap and play an important role in decentralizing allocation.