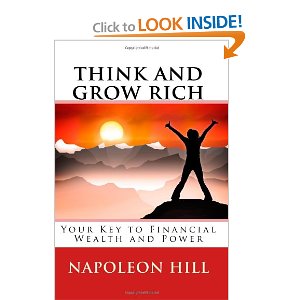 ‘Don’t worry’, brilliant internet activist Aaron Swartz asserted, no one remembers your failures’. Success begins with a strong desire for success, Lara Jade-genius Fashion Photographer declared “most people are put off by success because they don’t think they can make it” in a recent interview. If you imagine less, said Debbie Millman, less will be what you undoubtedly deserve. Do what you love, and don’t stop until you get what you love. Work as hard as you can, imagine immensities, don’t compromise, and don’t waste time. There will be mistakes and you know, everybody makes mistakes, said ‘team engine’ Founder Samira Zuberi Himika, but it’s not what’s important, above all I have learned a lot and you can’t avoid mistakes in life and in work.

In a world where we are reminded our limitations and inabilities every single minute, it’s important to believe that we are immensely potential to achieve what we want to achieve in life. Despite the despair of temporary defeat called failure what we need is to keep our desire to make a difference alive. A burning desire can make impossible happen. In his 1938-all time hit-self help book ‘Think & Grow Rich’ Napoleon Hill prescribes a burning desire as a source of all human achievement. Napoleon states that our desire for material or any other objects must be backed by an unwavering faith in our ability to achieve that material.

Napoleon suggests us to destroy our all means of going back in a journey of making things happen, so that no unwanted option slips in our mind and weakens our desire:

Every person who wins in any undertaking must be willing to burn his ships and cut all sources of retreat. Only by so doing can one be sure of maintaining that state of mind known as a Burning Desire to Win, essential to success.

By suggesting a story of great Chicago fire Napoleon shows us what a definite desire of a human being can do:

The morning after the great Chicago fire, a group of merchants stood on State Street, looking at the smoking remains of what had been their stores. They went to a conference to decide if they would try to rebuild or leave Chicago and start over in a more promising section of the country. They reached a decision –all except one—to leave Chicago.

The merchant who decide to stay and rebuild pointed finger at the remains of the store, and said, “Gentlemen, on that very spot I will build the world’s greatest store, no matter how many times it may burn down”.

That was more than fifty years ago. The store was build. It stands there today, a towering monument to the power of that state of mind known as a Burning Desire. The easy thing for Marshal Field to have done would have been exactly what his fellow merchants did. When the going was hard, and the future looked dismal, they pulled up and went where the going seemed easier.

We’ve seen that obsession is one of the most common characteristics of successful people. Napoleon’s statement echoes that same importance of obsession in 1938:

Every human being who reaches the age of understanding of the purpose of money wishes for it. Wishing will not bring riches. But desiring riches with a state of mind that becomes an obsession, then planning definite ways and means to acquire riches, and backing those plans with persistence which does not recognize failure, will bring riches.

Napoleon not only says about the importance of having a burning desire he also charts a clear and practical path on how to implant a burning desire and work accordingly with persistent plan:

The method, by which Desire for riches can be transmuted into its financial equivalent, consists of six definite, practical steps, viz:

First. Fix in your mind the exact amount of money you desire. It is not merely to say “I want plenty of money”. Be definite as to the amount. (There is a psychological reason for definiteness which will be described in a subsequent chapter)

Second. Determine exactly what you intend to give in return for the money you desire. (There is no such reality as “something for nothing”)

Third. Establish a definite date when you intend to possess the money you desire.

Fourth. Create a definite plan for carrying out your desire, and begin at once, whether you are ready or not, to put this plan into action.

Fifth. Write out a clear, concise statement of the amount of money you intend to acquire, name the time limit for its acquisition, state what you intend to give in return for the money, and describe.

Sixth. Read your written statement aloud, twice daily, once just before retiring at night, and once after arising in the morning. As you “read-see and feel and believe yourself already in possession of the money.”

It is important that you follow the instructions described in these six steps. It is especially important that you observe, and follow the instructions in the sixth paragraph. You may complain that it is impossible for you to “see yourself in possession of money” before you actually have it. Here is where a Burning Desire will come to your aid. If you truly Desire money so keenly that your desire is an obsession, you will have no difficulty in convincing yourself that you will acquire it.

Complement with Benjamin Franklin on Decision Making: from a 1772 letter to Joseph Priestley and Timeless lessons from Edwin Land on Ingenuity, Entrepreneurship and invention