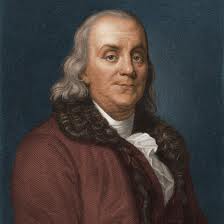 Benjamin Franklin on Decision Making: from a 1772 letter to Joseph Priestley

When these difficult Cases occur, they are difficult chiefly because while we have them under Consideration all the Reasons pro and con are not present to the Mind at the same time.

Making frequent decision is a demand of making progress. If you are not sitting idle then you’ll need to make decisions, easy or tough, good or bad. However, putting the responsibility of making decision aside or on someone else’s shoulder is one of the escape ways we often use to approve immunity in favor of our unwillingness to make progress. But the truth is much pungent than the periodic honeymoon of escapism. We can’t make progress without taking healthy decisions. Moreover, on our way to every day life we need make hundreds of tiny, big, easy, hard-hitting, decisions that decide our standard of living, our success or failure in life.

In business taking decisions is an everyday work. As an entrepreneur you’ll have to make decisions on lots of critical issues every day, every hour and there is this possibility of peril that because of one wrong decision your whole star-stud empire can fall apart within the blink of eyes. So, for years we have been on search for ways to make good decisions. Here is a decision making technique from Benjamin Franklin; he wrote to his friend Joseph Priestley in a 1772 letter. Benjamin wrote:

When these difficult Cases occur, they are difficult chiefly because while we have them under Consideration all the Reasons pro and con are not present to the Mind at the same time; but sometimes one Set present themselves, and at other times another, the first being out of Sight. Hence the various Purposes or Inclinations that alternately prevail, and the Uncertainty that perplexes us.

To get over this, my Way is, to divide half a Sheet of Paper by a Line into two Columns, writing over the one Pro, and over the other Con. Then during three or four Days Consideration I put down under the different Heads short Hints of the different Motives that at different Times occur to me for or against the Measure. When I have thus got them all together in one View, I endeavor to estimate their respective Weights; and where I find two, one on each side, that seem equal, I strike them both out: If I find a Reason pro equal to some two Reasons con, I strike out the three. If I judge some two Reasons con equal to some three Reasons pro, I strike out the five; and thus proceeding I find at length where the Balance lies; and if after a Day or two of farther Consideration nothing new that is of Importance occurs on either side, I come to a Determination accordingly.

And tho' the Weight of Reasons cannot be taken with the Precision of Algebraic Quantities, yet when each is thus considered separately and comparatively, and the whole lies before me, I think I can judge better, and am less likely to take a rash Step; and in fact I have found great Advantage from this kind of Equation, in what may be called Moral or Prudential Algebra.