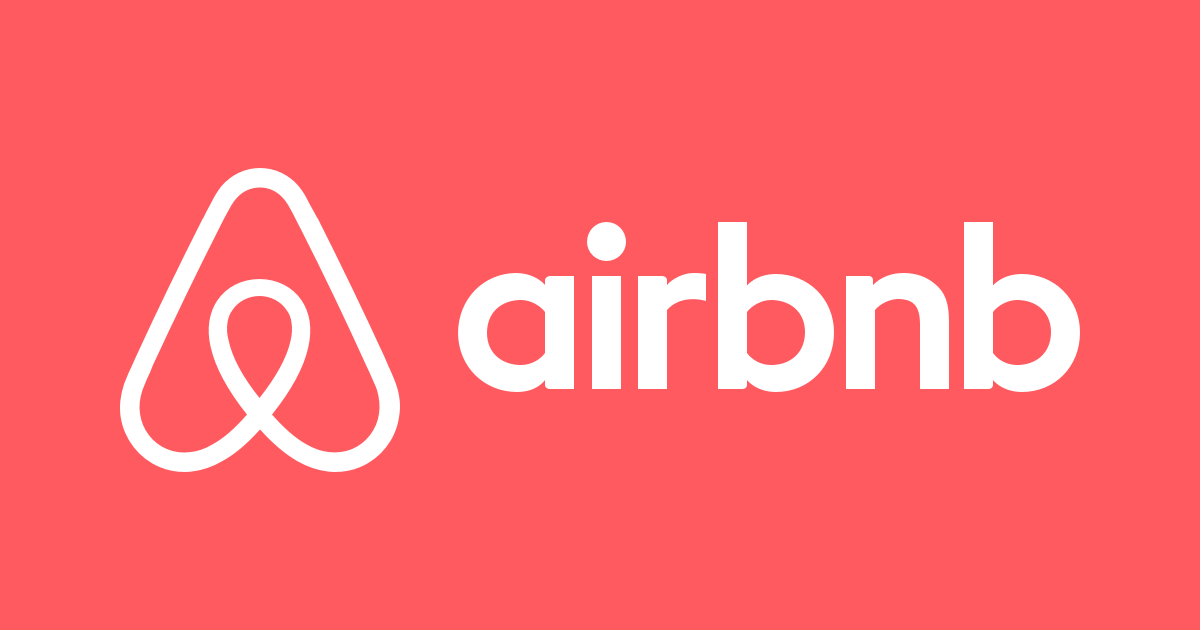 The Journey of Airbnb. Airbnb, founded in August 2008 by Brain Chesky, Nathan Blecharczyk, and Joe Gebbia, is a San-Francisco-based online marketplace that provides lodging services for tourism purposes. Airbnb is the short version of the name ‘AirbedandBreakfast.com’.

In late 2007, Brain Chesky and Joe Gabbia moved to New York city and as they were unemployed they were having money issues. The two roommates decided to earn some extra cash. At that time a local industrial design conference was going on which attracted a lot of visitors in NY and almost all hotels were booked. The two roommates used this as an opportunity to earn some extra. They bought several airbeds and offered the visitors a place to sleep and have breakfast for $80 per night. They opened a website called ‘airbed and breakfast.com’ for this.

Later a Harvard graduate Nathan Blecharczky joined them. They launched their website at South by Southwest, an annual conglomeration of parallel film, interactive media, and music festivals and conferences, and only two bookings were made through their website.

In 2008 in the Democratic National Convention, there were supposed to be approximately 80,000 people attending the convention. But there were not enough hotels to meet the demand. The founders of Airbnb saw this as an opportunity and launched their website in August, just before the Democratic National Convention in Denver, and this time more than 600 people stayed in the Airbnbs during the convention. But that success was short-lived as at that time people were not sure whether this idea would work or not. By September 2008, the founders of Airbnb ran out of money, they introduced election-themed cereal to fund their startup and tried to sell that through cereal companies: Kelloggs and General Mill; but failed. Later they met a print shop owner who agreed to print the cereal boxes for free and get a royalty in return, only if they succeed. The founders of Airbnb earned $30k from 500 boxes of cereal. By the end of 2008, the founders of Airbnb ran out of money again and decided to enter Y Combinator.

Airbnb got its first funding worth $20k from the Y Combinator in January 2009 after the winter training session of Y Combinator. As the picture quality of the listings of Airbnb was not good enough the founders decided to go door-to-door with a camera to capture quality pictures of the listings. After that, the company started to get traction and by March 2009, the website of Airbnb had 2500 listings and approximately 10,000 registered users. The name of the company was shortened to ‘Airbnb’. The company shifted its lodging service from shared spaces to a wide range of properties including rooms, apartments, etc. In April 2009, Airbnb secured $600k in seed investment from the renowned venture capital firm, Sequoia Capital.

The following year, the company raised $7.2M in funding in their series A round, led by Greylock Partners and Sequoia Capital.

Within just 4 years since its initiation, Airbnb expanded its business in 89 countries and reached 1M number of bookings made through this platform and won the SXSW Breakout Award for their app in 2011. In the same year, the value of Airbnb reached $1B after getting funding worth $112M. In the same year, Airbnb opened its first international office in London and by early 2012, they opened offices in several cities around the world including Moscow, Paris, Barcelona, Milan, São Paulo, etc. As the company started to grow rapidly, new issues were coming up. In 2012 Airbnb introduced ‘Host Guarantee’, a $1M coverage policy for hosts. In November 2012, Airbnb introduced a new feature called ‘Neighbourhood’, a travel guide of 23 cities of the world to help tourists to choose neighborhoods based on their personal preference. By the end of 2012, the company entered the Asian market after opening its office in Singapore.

By 2013, the number of listings on the website of Airbnb reached 250,000. The following year the company got investment worth $450M from the TPG Capital and its value reached $10B. In the same year, Airbnb introduced a new logo called ‘Bélo’, intended to symbolize ‘Belonging’. In April 2015 Airbnb was launched in Cuba, becoming one of the first US companies to do so.

According to a statistical report, presently Airbnb has 7M listings in 100,000 locations around the globe covering 220 countries and the number of Airbnb hosts is 2.9, with 14k new hosts joining this platform every month. The company has raised approximately $5.8B in 10 funding rounds. In April 2020, Airbnb raised $1 billion in another round of funding from Silver Lake and Sixth Street Partners.

During the COVID-19 pandemic, the company went through a significant recession and had to lay off about 1900 employees which were 25% of its workforce. In December 2020, the company went public and raised $3.5B.

Behind Airbnb’s Growth. From 2009 to 2019, the compound growth rate of Airbnb was 153%. One of the main reasons behind Airbnb’s massive growth within just four years is adding the option to include Airbnb’s listings on Craigslist. Though in the beginning, the founders of Airbnb did not want to associate their platform with Craigslist because of lack of credibility, later they decided to add a feature for the Airbnb hosts to add their listings on Craigslist, as a large number of people search for rooms to rent on Craigslist. They created a feature to visit Craiglist, add a unique URL for the Airbnb host, add the listing information on Craigslist and then send it to a user for publishing on Airbnb. As a result, many Craigslist users added their listings on Airbnb as well.

By adding the feature of cross-listing on Craigslist with just one click Airbnb reached a lot of people who were looking for accommodation on Craigslist. As Airbnb listings were more detailed and credible than Craigslists’, after using this simple, yet brilliant growth hack Airbnb got a huge amount of traction.

Besides using growth hacking Airbnb also provided a free photography service to bring legitimate pictures of every listing of NYC, helping hosts to optimize their listings to reach out to people more easily. Moreover, Airbnb introduced a referral program where every time someone would refer somebody to the platform would get travel and host credits.

An Unbelievable Journey | Interview with Brian Chesky: Airbnb absolutely should have died long before it got close to Y-Combinator. Why they didn’t is a story of $40,000 in maxed-out credit cards, dozens of rejections, and a lost cell signal that almost tanked the company. Brain Chesky, one of the co-founders of Airbnb shares the journey of Airbnb, as well as his journey from an art school graduate to the co-founder and CEO of Airbnb.

The Inside Story Behind the Unlikely Rise of Airbnb: Leigh Gallagher, the assistant managing editor at Fortune magazine, chronicles the extraordinary growth of the company in her new book, The ‘Airbnb Story: How Three Ordinary Guys Disrupted an Industry and Made Billions… and Created Plenty of Controversies.’ She talked about her book on the Knowledge @ Wharton show.

Can Airbnb Continue To Grow After IPO Launches It To $100 Billion Valuation: A key Airbnb competitive advantage is that most owners of a single home are only on Airbnb, not on other platforms like Booking.com or VRBO. “Maximizing revenue isn’t the only thing for these hosts, unlike the hotels. It’s easy for working with Airbnb, for people who might have a full-time job. There’s a core idea that draws people to Airbnb—I just have a home, I want to rent a home.”- said DJKang, CEO of ValueChampion.

The Rise of Airbnb: From Airbeds to Billions: In 11 years, Airbnb went from being a company that rents 3 mattresses to a company that counts 150 million users, arranges 2 million bookings per day, and whose value is estimated at $38 billion. To help you understand how Airbnb achieved such a huge success, we’re taking you back to 2008, when Airbnb provided the people with a clever way of earning extra money off of their homes as the housing market was crashing.

Brian Chesky on Launching Airbnb and the Challenges of Scale: This is session 18 of Technology-enabled Blitzscaling, a Stanford University class taught by Reid Hoffman, John Lilly, Allen Blue, and Chris Yeh. This class features Reed Hoffman interviewing Brian Chesky, the co-founder and CEO of Airbnb.

Airbnb CEO Chesky on Future of Travel: Brain Chesky, the CEO of Airbnb, talks about the future of tourism after the pandemic.

Being persistent: One of the primary reasons behind Airbnb’s success is its founders never gave up on their idea. They got rejected by investors many times and ran out of money several times. Fred Wilson, one of the renowned venture capitalists, was one of the investors who rejected Airbnb and considers it as one of their biggest mistakes. Despite the rejection, the founders of Airbnb remained persistent towards their goal and kept pushing forward. According to Joe Gebbia, one of the founders of Airbnb, every rejection they got was an invitation to keep going.

Understanding your users: From the very beginning, Airbnb put importance on user experience. The company is always testing and adapting its product to make the user experience even better. Offering facilities such as advance payment feature, free photography service to take quality photos of the listings, insurance for the hosts, referral program, 24/7 customer support, etc have helped Airbnb to establish itself as a credible platform by gaining the trust of its users, attracting more people. Besides, Airbnb gives users a personalized experience based on the previous searches making the renting process more convenient.