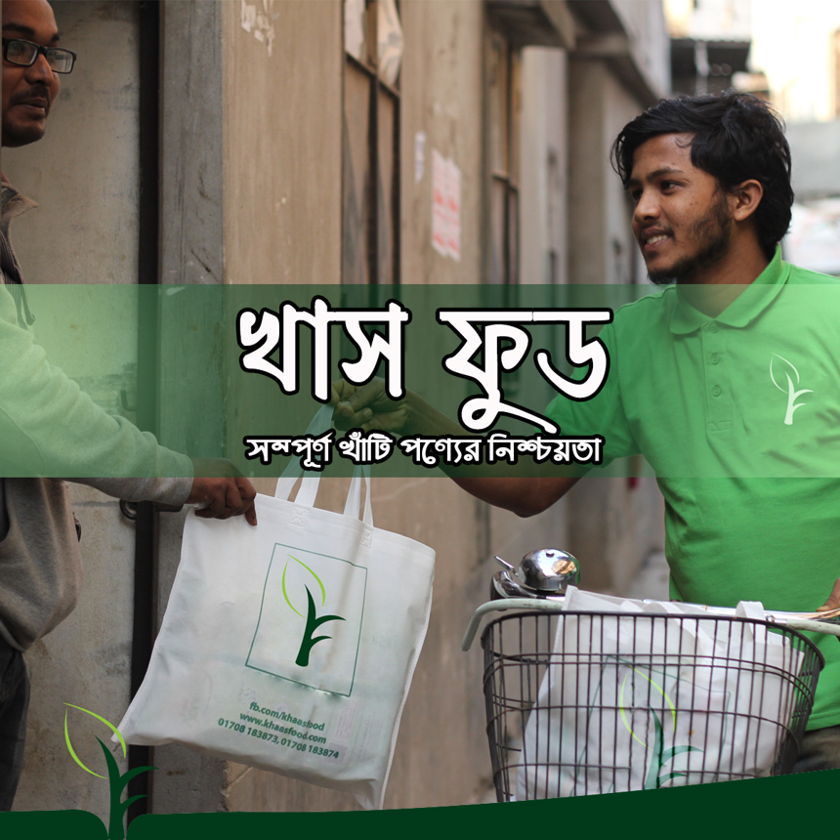 A new breed of small boutique food companies is fueling a new food trend in Dhaka: safe food. The timing for such a trend could not have been better. The concern about contaminated and adulterated food has reached an all-time high in recent years in Bangladesh. Policy-makers continue to struggle to make effective interventions to ensure food safety from farm to fork.

Consumer distrust in processed food products from large corporations to unknown sellers has swelled over the past few years. A relentless torrent of news of contamination and harmful chemicals in all types of food products starting from milk to seasonal fruits to every edible item imaginable has helped build a mass awareness around safe food in Bangladesh. Almost all major food brands, both local and multinational, have been found guilty of compromised food safety measures in their products.

These concerns of consumers are not entirely unfounded. The World Health Organization has termed the food contamination and food adulteration situation of Bangladesh “a serious public health concern and said that “there is also widespread evidence of food adulteration with harmful chemicals.” A 2018 report by the English Daily New Age wrote: “between July 2017 and September 2018 mobile courts conducted at district level realised Tk 2.7 crore in fines from 4,255 people for producing or selling unsafe food, showed data compiled by Bangladesh Food Safety Authority.”

The scenario is no better in Dhaka and has not improved much since.

This development and failure on part of large food companies to address consumer concerns regarding safe food are giving way to a strong safe food trend in Dhaka. A small but growing group of boutique food brands are offering a meaningful, albeit relatively pricey, alternative to consumers in Dhaka - safe food. Most of these companies offer limited choice, between 40 to 70 product categories, but promise quality and safety.

A segment of consumers is flocking to these companies for their edible needs. Several companies we have spoken to tell FS that the growth has been promising and the opportunity in the vertical is potentially huge.

Some of the leading players in this new space are Khaas Food, NeoFarmer, Rowza Foods, etc.

Unlike national and multinational food giants, these companies take a starting small and more tentative approach to launch and grow. Apply a direct to consumer strategy for distribution using digital channels such as Facebook, LinkedIn, and other digital communication platforms. Offer a small number of products such as milk, honey, organic spices and so on in the beginning. This lean and more experimental approach allows these companies to quickly test the market, ensure superior quality and build a loyal consumer base using a combination of quality, design and cheap and direct communication as the core of their strategy.

With validation from the market and a growing loyal consumer base, they eventually move up to include more items to their product list. A growing consumer base also enables many of these players to go beyond small social media-based players to more prominent mainstream players. Some of these companies today are popular niche ecommerce players in Dhaka. Others continue to expand beyond online platforms to offline retail.

Companies like Khaas Food, that started as a small Facebook commerce company in 2016, have a strong presence in both online and office. The company has a consistently growing ecommerce business. At the same time, the company has expanded to physical retail and today has over 7 outlets between Dhaka and Chattogram.

One defining nature of this new breed of food brands is that they are relatively expensive. One executive who runs a two-year-old safe food brand in Dhaka told me: price varies between 15% to 45% compared to regular mass-produced products.

One reason, the executive explains, is that making safe food is expensive. Similarly, it is not easily scalable, at least in the early days. The second defining nature of these companies, thus, is a limited scale.

Almost all these companies serve a small base of consumers, mostly upper-middle and upper-class consumers in Dhaka.

There is a chicken egg dynamics. For most middle-class price-sensitive consumer groups, price limits access to the category, thus potential scale for these companies. Contrary, without scale offering a competitive price is a tall order.

Some of these companies have their own manufacturing facilities - they collect the raw materials directly from farmers and process in their own facilities. Others work with third-party manufacturers who ensure superior quality.

For most of these companies, sourcing and manufacturing remain a challenge. Limited scale makes price bargaining with farmers and manufactures challenging which limits their ability to improve margin for themselves and price for their consumers.

Similarly, it also affects their ability to have enough sway over the manufacturing decisions of farmers and manufacturers.

Despite the challenges, these companies offer markedly improved quality. Consumer satisfaction and trust in this new breed of companies remain high.

Food is big business. The processed agricultural food is a yearly $2.5 billion market in Bangladesh. The industry has been growing at 8% annually for the past ten years and many industry insiders predict a higher growth in the coming years.

While it is hard to come across independent data regarding the actual size of the safe food market in Bangladesh, several industry estimates suggest that the market is “significantly big”. While safe food offers infinite growth potential, a lack of competitive pricing hurts the growth, at least for now.