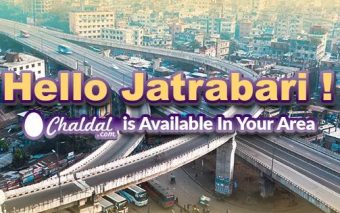 Chaldal, the leader in online grocery in Dhaka, announced that it has expanded coverage in Dhaka to areas it was not covering before.

Founded in 2013, Chaldal took a hyperlocal approach to coverage from its early days. Since grocery delivery is an operation-heavy business, it has been building local hubs in different parts of the city from where it manages delivery to each particular area. With the newly added areas, it now completes coverage of Dhaka, which should allow the company to improve its number of deliveries.

Chaldal was founded in 2013 by Waseem Alim, Zia Ashraf, and Tejas Viswanath. It was the early days of ecommerce in Bangladesh and online grocery shopping was a relatively new thing in Dhaka. It took Chaldal a while to educate the market. Back in 2013, in the early days, the startup was delivering 5 orders a day. Today, it delivers over 2000 orders per day. From a tiny team of five people in 2013, it has grown to a team of over 600 people. Chaldal’s yearly revenues are estimated to be north of 100 crore taka. The company is one of the top-funded startups in Dhaka and has raised multiple rounds of investment from investors like Y Combinator, IFC, and IDLC among others.