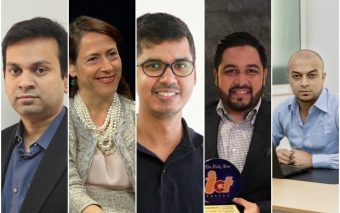 Asif Saleh is the Senior Director of Strategy, Communications and Empowerment at BRAC and BRAC International. In this interview, Asif reflects on his early life and journey to becoming who he is today, talks about BRAC and major strategic changes that are happening in the world’s number one NGO, future of BRAC and development work, discusses the theory of change management, idea of smart innovation, and ambition of BRAC Innovation Lab, shares BRAC’s plans for investment, his thought on strategy, social mobility and his concern about declining quality of our education system and risk of potential failure to manage our huge young population and explores why life is a nonlinear journey and the struggles and hardships that we desperately want to avoid are our becoming and why we should actively resist the culture of immediacy that relentlessly promotes the idea of overnight success and our temptation to work for award or money or recognition alone. The interview is sublime, intellectually challenging and eminently empowering in its entirety, a feast for your mind. Read the full interview here.

Why is Blender’s Choice Green Tea so special?
Only tea leaves of the finest and high elevation tea gardens of China are used in this blend. The subtle fragrances and flavors of this super tea combine health giving properties with an impeccable taste. The Ispahani Blender’s Choice brings you the exquisite taste of green tea, pure, exclusive and premium class. Know more here. 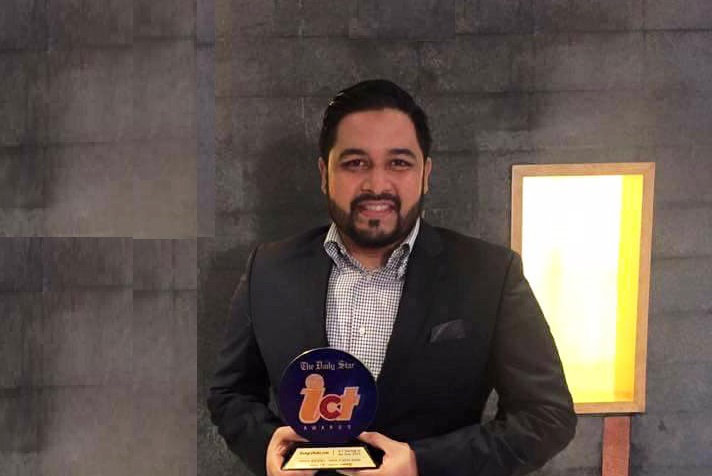 The Ambition Of HungryNaki: An Interview with Tausif Ahmad, COO, HungryNaki [Read the full interview]

Tausif Ahmad is the Co-founder and Chief Operating Officer of HungryNaki– a fast growing food delivery startup based in Dhaka. Launched in 2013, the company has grown significantly over the past few years. It has already reached operational break-even, not a very common thing in Dhaka’s fledgling startup scene, and now eyes further expansion and growth.

We recently spoke to Tausif to know more about HungryNaki, online food delivery and ecommerce industry in Bangladesh. In this interview, he reflects on his journey to what he is doing today, talks about HungryNaki, early days and current state of the food delivery startup, challenges of HungryNaki, discusses automation, ambition and future plans of HungryNaki, shares his thought on management and competition and explores why having a business model is critical for building a company and why we should use difficulty as a guide in doing almost everything in life, focus on doing good work no matter how small it is and actively resist the temptation of choosing talking over doing. Read the full interview here. G&R CEO Nazimuddaula On G&R’s Next Growth Frontier, Diversification Strategy, Competition and The State Of Digital Advertising In Bangladesh [Read the full interview]

G&R, the oldest digital ad network in Bangladesh, has been going through a transformation over the past few years. The company, founded in 2009, is finally arriving somewhere after all these years, thanks to the growing digital dominance in Dhaka’s advertising industry.

The advertising industry is going through a major shift globally. We are seeing, for the first time in decades, the great unbundling of TV, thanks to Netflix and relentless pursuit of TV ad dollars by major social media networks, slow death of advertising as we knew it, a handful of alternatives to banner ads and more. The interview, while largely sheds light on G&R’s future strategy, will also help you to develop a deeper understanding about some of these changes in the context of Bangladesh. Read the full interview here.

What makes some CEOs successful while others crash and burn? The stereotypical view — often promoted in magazines and on television — is that these leaders are charismatic, armed with an Ivy League degree and larger than life. That impression is both superficial and wrong, according to Elena Lytkina Botelho and Kim Powell, consultants at ghSMART, a Chicago-based management consulting firm. After a 10-year study, Botelho, Powell, and their colleagues found that successful CEOs have four behavioral attributes that are often overlooked because they are not particularly glamorous. These CEOs make decisions quickly; they are relentlessly reliable; they excel at managing relationships; and they adapt swiftly to changing circumstances.

Botelho earlier worked for McKinsey and AIG-Brunswick after getting her MBA at Wharton. At ghSMART, she co-leads CEO Genome, a research project and client practice that supports CEOs and executives on their path to the corner office. The research explores paths and behaviors that lead to the top, as well as typical setbacks that CEOs encounter and ways to prevent them. Read the full interview here. Building A One-stop Destination For Famous and Heritage Foods Of Bangladesh: An Interview With Masud Al Hasan, Founder, Proshiddho.com [Read the full interview]

Masud Al Hasan is the founder and CEO of Proshiddho.com– a Dhaka-based ecommerce startup that is building a one-stop destination for famous and heritage food products from all parts of Bangladesh such as Shahi Doi of Bogra, ChomChom of Tangail, Chanamukhi of Brahmanbaria and more.

In this interview, Mr. Hasan talks about his motivation behind starting Proshiddho, early days and current state of the company, challenges of building a platform, discusses how Proshiddho collaborates with famous and heritage food manufacturers across the country and manages the complex process of sourcing and distribution, shares his thought about competition and why delivering on your promise is the key to building trust and why building a business from scratch is the ultimate difficult job. Read the full interview here. The Ambition of Othoba: An Interview With Ahsanul Alam, Head Of Operations, Othoba.com (Mr. Alam has passed away later this month) [Read the full interview]

PRAN-RFL, country’s one of the biggest and fastest growing conglomerates, launched its own ecommerce marketplace Othoba.com later in 2015. Although a relatively late entrant to the market, Othoba has grown quickly over the past one and half years and has become one of the key players in Dhaka’s ecommerce industry within a short period of time. Othoba now plans higher. PRAN-RFL has an incredible reach all over the country. The company’s distribution network has penetration even to the deep rural areas which if utilized properly can offer a significant advantage to Othoba in a market where logistics is a big challenge for ecommerce beyond big metropolitan cities.

We recently had an opportunity to sit down with Ahsanul Alam, Head of Operations of Othoba.com to know more about Othba.com and ecommerce industry in Bangladesh. In this interview Mr. Alam recounts his serendipitous journey to the ecommerce world, discusses the beginning and current state of Othoba, challenges and opportunities for the company, competition and state of e-commerce in Bangladesh, talks about the ambition of Othoba and the importance of leading by example and why showing is far easier and effective a way to lead than asking people to do things. Read the full interview here.