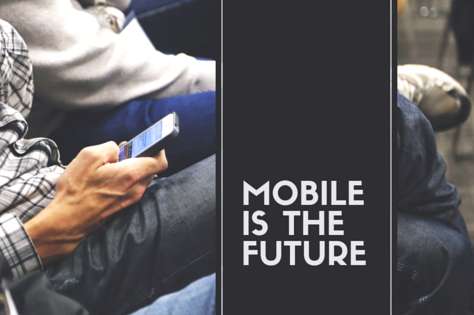 It is hard to build an ad tech company and selling digital ads when you have Facebook and Google as the competitors. But G&R’s strategy to play local was an advantage since Google did not support ad on Bangla language websites when G&R started five years ago, which Google does not support these days as well. As a result, G&R had a headstart in the local market, a market which was not yet ready for its product.

In simple, G&R and other digital ad network firms use Google’s search-ad business model to display ads. Advertisers bid in auctions, which G&R introduced late, to show ads and G&R charges them based on CPC and CPM. G&R’s business is dependent on being able to have lots of ad space across the Web at one price and sell it to advertisers at a higher price after targeting the ads to individual consumers. It was relatively easy for G&R to have ad spaces on the websites because it offered local websites a new option to monetize which was not there before. What it struggled with though was convincing advertisers to allocate a budget for digital.

Digital ad spending was not great back in 2011. Most companies were spending little to nothing to promote their names online. G&R had to work hard to convince companies to spend online and then use its network to serve those ads.

After more than five years, things are better now. Bangladeshi companies are spending online, not in big amounts, though, but the budget for digital spending has gone up in recent years. Although, there are issues with G&R’s service in the market, which most companies have, the ad tech’s first mover has been having a thriving business for quite some time.

Last year, the company got acquired by Genex Infosys. The first Bangladeshi tech company to do so. It is the largest online ad network in the country; the company claims to have 4500+ local websites and apps using its platform to serve ads and monetize.

While the company is doing well in terms of growth, the market has changed a lot over the past couple of years. There are competitors offering similar service like G&R. Facebook has become the most dominant digital ad platform in the country and Google is also catching up with its display ads business. On the other end of the aisle, the world of digital advertising has turned upside down with the advent of mobile.

Mobile: the way to go

G&R, largely a PC age company, suddenly saw a soaring mobile user growth and mobile leading the way to more eyeballs. According to data from Bangladesh Telecommunication Regulatory Commission, the number of internet users almost doubled in the last two years; it shot up from 30.48 million in 2013 to 58.31 million in February 2016. Of the 58 million active internet subscribers, nearly 96% are on mobile and more than 10 million use smartphones.

G&R also confirmed that it’s mobile inventory surpassed its desktop inventory last year. This is an opportunity and threat at the same time. Attention is scarce and we all are paying attention to our handheld devices these days than anything else. Even recent reports suggest, the demise of PCs all around the world. In Bangladesh, access to smartphones is way higher than PCs. Hence, extra pressure on building a mobile strategy is a natural move.

“As a dynamic technology company, mobile was always a prime focus for G&R,” the company wrote in a post published on its blog, “we have had great device and network targeting features for the mobile for a long time.” However, the truth is the company has just renewed its mobile strategy recently and now offers an array of options for serving ads on mobiles effectively.

What operators Bangladeshi internet subscribers use

While serving all the purposes of ads, and conventional CPC and CPM model, it is also offering both online and offline viability for mobile ads. It means viewers can make a call or send SMS or send email all just by clicking on ads. The company is also offering a couple of ad types to choose from starting with banner, native, sticky and interstitial ads. While interstitial ads offer an immersive experience, expandables are the ads that can be expanded.

Along with a variety of ad offerings, the company also claims to have better targeting advantages. It can target based on city, mobile operator, handset type, browser and operating system. Although there are more to targeting but this is a good start.

There is no question about the importance of mobile first strategy and dominance of mobile. It is good that G&R positions itself as a serious player in this space, at the same time it has to offer something really good to compete with new players in the market and the giants like Google and Facebook who are claiming increasing amount of ad spending in Bangladesh. Similarly, the battle will be a hard one for G&R given that our market awareness is not there.

As I wrote, there is no doubt that we are going through an unprecedented mobile boom and it is going to change many industries. Likewise, it is a space where many giants are already working hard to get a headstart. While G&R has a headstart in the market as the first online ad network in the country, to lead in the mobile age it has to do more, be more creative and work harder in order to offer a better product.