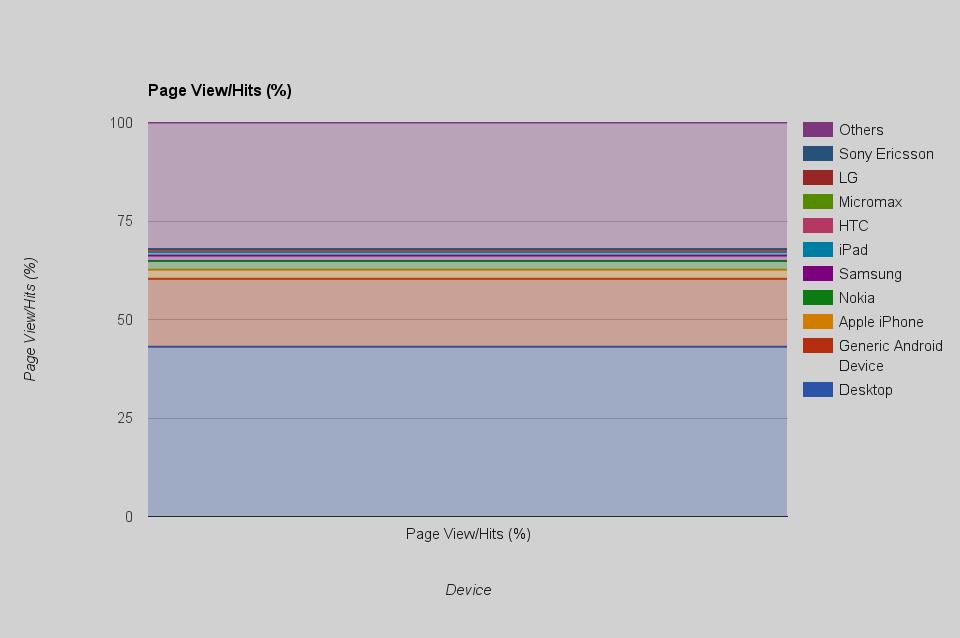 Devices You Use To Browse Bangladeshi Websites

But there is more to the story. Although, desktop alone tops the list but mobile devices collectively send more users than desktop. Among the mobile devices, android devices tops the list with 17.3% of users using android run devices whereas 2.27% of users use Apple iPhone and 2.19% use Nokia. Samsung, once market leader in smartphone category, is used by 1.43% of users. However, most of the Samsung smartphones are run by android, it means samsung has a share in visitors from generic android devices that leads the mobile device category.

It is apparent, desktop is still dominant but the big winner, however, is mobile again. Combinely mobile devices send 24.83% of users, and if you consider unidentified users, labeled as other category, as mobile users then it becomes more than 50%. The interesting point is, people use mobile devices more often than desktop devices and the growth as it hints, will continue in coming days. It means over the next few years we will see mobile as a dominant device for Bangladeshi web users.

Then again, among mobile devices android devices outperforms all others by a huge margin. This is particularly insightful for Apple and windows, they have a lot to catch up with.

Still, there are limitations in this report and within the dataset as well. The data are based on only Publishers work with G&R and there are aspects we could not unearth like generic android devices, now almost all smartphones are powered by android, except windows and apple phones, it means there are devices of multiple brands within that category which makes a valid ranking of devices difficult.