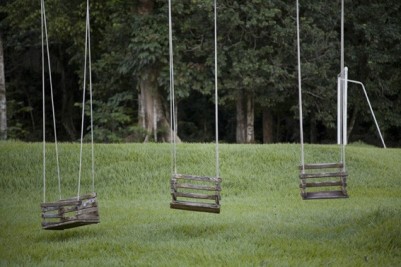 Why Are You Falling Short? 4 Simple Tips To Work Smarter & To Accomplish More, backed by science

I know very well what it takes to be successful. I went through hundreds of pages of success literature that illustrate what it takes to be successful among other things. You need to work harder. The proposition says. Success is an hour game. 10,000 hours is the parameter that depicts how long you need to pursue certain goal to achieve mastery on it.

I know all these things. I went through Malcolm Gladwell’s popular proposition of success-10,000 hours rule many times. But it was not working. I just could not put all of it together. So, I decided to revisit the same topic once again. Here are few ideas I have come across.

[blockquote source=Joel, Founder & CEO, Buffer"]“I think two things apply here: single-mindedness and massive effort. To truly excel at something, we need to be very focused. We can have different things we are striving to succeed with, but when we are working on one thing, we should be completely focused on it.[/blockquote]

We live in a world of constant distraction. Keeping focus intact and working on a single task is a huge challenge. I often find myself in floating through multiple activities at the same time. Often I update Facebook, read book, and try to pen on an article-all at the same time.

This habit, of fleeting attention, has a serious setback. It reduces standard of our work and take longer time. Hard work does not mean only putting more hours. It means you do it in a very disciplined and structured way.

Around 100 years ago an economist and sociologist named Vilfredo Pareto proposed a law that popularly known as Pareto’s Law or Pareto Distribution that demonstrated that that in a society 80% of the wealth and income was produced and possessed by 20% of the population that showed a grossly uneven and predictable social inequality. Interestingly this same principle is also applied outside of economics and could be found everywhere.

20% of our work produces 80% result. 20% of customers bring 80% of profit to a company and so on. While applied in other areas it help you to pick things that work and leave things that does not.

This very law is applicable in hard work as well. Putting more effort on low yielding things would result in futile.

Parkinson’s Law tells that importance and complexity of a task is perceived by the time given to do that particular task. It means while given with a flexible schedule we act accordingly. That’s why shorter and tight deadline often produce brilliant outcome than flexible one.

I have my own experience with this. While deadline for an assignment is 30 days it often becomes hard to do the work. But when it is 24 hours it often gets done with more focus and speed. Putting ourselves under pressure often yields better result because it turns on our focus and attention.

Breaking the barrier of pain

[blockquote source="Arnold Schwarzenegger"]"The body, it is not used to the 9th, 10th, 11th and 12th rep with a certain weight, so that makes the body grow, going through this pain barrier. And that’s what divides one from a champion and one from not being a champion. If you can go through this pain barrier, you make it to be a champion, if you can’t go through, forget it." [/blockquote]

There is certain level of doing everything that most people can afford to do that I call ‘average threshold’. To me average threshold would not take to next stage. It’s for average people. Going beyond that level is a matter of huge pain. Its unknown territory for most people and to cross this threshold is a matter of serious pain. What Schwarzenegger claimed in above quote is very relevant because it tells you what it takes to be a champion. However, to get there you have to cross the average threshold and get through the pain barrier. Put extra effort and make it.

I believe making things happen takes hard work in its truest sense. You need to de-clutter, avoid distraction, and put pressure and cross through average threshold and pain barrier. Doing all these is not as simple as its being said. A level of discipline and love for what we are doing is required. To stop using Facebook in the middle of writing an article requires discipline and self control and you will stop fleeting from here and there only when you enjoy what you are doing.