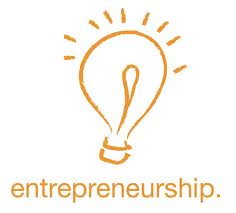 It does not matter whatever great idea you have, how brilliant you plan or how wonderful you think, without a seamless implementation there is no future of your idea, of your business, of your plan. Everybody can have a similar idea as yours. But what makes the difference is the way you implement your idea.

There are conversations around about good and bad ideas. However, there is no such classification of ideas. Ideas can neither be good nor be bad, ideas are just ideas, standing still there and waiting to be picked by someone. There was MySpace even before Mark thought about Facebook and years later MySpace lost the game and Facebook became the lord of social networking. There was Yahoo even before Larry & Brin conceived about Google. But it’s Google that rules the world now. What draws the line between these almost similar ideas in almost same time? It’s the art of implementation. You need to understand and incorporate this art within. Unless you do so nothing will make sense.

The idea of monopoly is impossible one. You can never be the lone maker of almost anything. There will always be someone fighting you, chasing you and standing on your way. And only way to staying ahead in this race is to understand and practice the art of implementation.

Knowing how to make best designed bag has nothing to do with becoming number one in selling best bags. Having a share in the mind of your target customers is a totally separate aspect. You need to get there and stay there. And having an idea of making best bag can’t take you there unless you understand how to do it and work on that 'how' to get there.