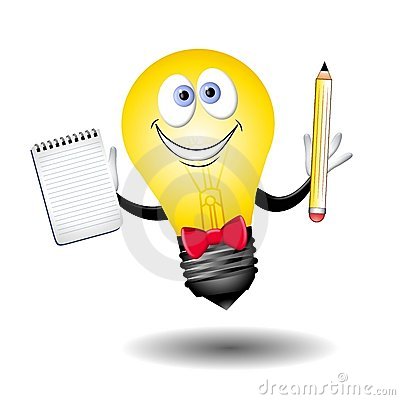 In the last article of Founders at work series we talked about having an idea, the great one to get started. However, finding an awesome idea is a very small part of shipping something. According the Scott Blesky, Founder and CEO of Behance, having an idea is only small part of the process, maybe the only 1% of the journey.

The fundamental is, finding an idea and making it happen two are different things. Anyone can have a killing creative idea but fact is everyone cannot make it happen. Xerox has more clear and advanced technology than Apple to make an awesome personal computer but Xerox could not do it Apple did. Why? Reasons maybe many but simple difference is focus and action. What Apple was dying for was to make a great personal computer where Xerox had no point.

Edison said the most fundamental truth of making any idea happen, “Genius is 1 percent inspiration and 99 percent perspiration.” No success ever shown without makeup. Theory is simple, “put tones of sweat”.

For start-ups, after getting idea, the most critical step is to understand what your idea requires to become a reality. You often have great ideas that you want to be executed. But the matter of fact is that, most of our ideas remain in our black book and seldom come out of that in reality or fail. Whether they are ideas of solving a problem, or shipping an organization or launching a project.

But question is why?

The first and foremost reason is that, we never ship most of our ideas. Regardless of how creative an idea is, if anybody doesn’t start working on it the idea will never work. So the first problem is “not venturing an idea in real life”.

Then comes the “opinion complexity”. A common habit of start-up entrepreneurs is that most of them feel very insignificant trust on their own intuitive power. They ask people around them, they think reliable, close and get very ‘realistically depressing opinion”. Most of the time people who are not executing an idea seldom inspires others to do so. A person who loves safe journey never let other to take risky one. Opinion seeking makes a shorter process longer and make room for confusion and procrastination. With time love faded away. So true for ideas. You loss your enthusiasm and love. And at the end ideas dies in abortion.

Top of that, most people are afraid of making their dream come true because there is a psychological complexity that people cannot cope with success easily.

Apart from that, making idea happen begins with simple launching. Nothing ventured leads nowhere. So, stand is, the first step of making an idea reality is to start it. After starting execution of an idea and other related things begin.

The model for making an idea happen, proposed by Scott Blesky in his book named by Making Ideas Happen” shows a realistic approach that is; making ideas happen= idea+Organization + Communal forces + Leadership capability, where I would like to add another component “people” which is to me most important than anything else.
In his book ‘Good to Great’ leadership expert Jim Collins said, the first step of the journey of Good to Great is disciplined people, firstly, you have to decide who and then comes what. The first step of fifth level leadership is choosing right people.

Get idea+ get great people+ Get started+ put enough perspiration+ leadership+ Community and voice+ Organization=  Successful execution of an idea.