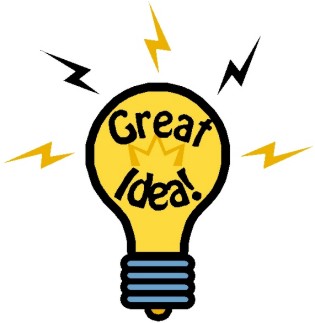 Founders at work: Get your idea-7

I’m writing this series for quite some days. Till today all talk was primary. Just like warming-up. From today onward we are going to peel the bean in real sense. Let’s get started.

To start a business right now what do you need first and most? Answer is “Idea”. The most valuable commodity of the world. Idea makes money. Idea makes success. As I’m taking about starting your business i think i should give you some clue if not all to find a crazy idea that can create a dent in the universe. So, how to find an idea that work? Let’s start.

In the journey of finding an idea never judge whether an idea will work or not rather generate and accumulate as many ideas as possible. Judgment comes later.

There are many great techniques of generating great ideas.
But for entrepreneurs “Problems are the mother of all great ideas”. Sense the problems around you. Make a list of them. A long one. Your problem, your society’s problem, global problem, national problem and bla bla. Ask for solution. Ask your team, if you have one, ask your friends, parents and anybody you think you can ask. Note them down. Social media also can help you.

Think replacement. Think what could be better. There are bunch of things around you that are not working properly, that are needed to be replaced by better one. It can be a system, a software in your office, a dish cleaner in your kitchen, and it can be something more sophisticated like, e-mail to replace mail.

Spot the changes. I know lots of great ideas that were just result of changing demand or time. Change is absolute. Change ignites new demands and essentialize new system, mechanism, instrument. When change comes it makes old system, mechanism, instrument obsolete. People who could spot change and behave accordingly win. Steve was the first man who realized a change in computer industry and introduced personal computer and later is history.

Work on intersection. Blend things together to make a new one. Intersection of more than one things can create another more exciting thing. It’s like breeding of human child. Intersect books with online selling that is amazon.com and then merge another line of an electronic device and that is Kindle. Watch this TEDtalk on “Anatomy of Innovation” by Iraj- to understand the idea more precisly.Anatomy of Innovation

Seth Godin said it well, “Fact is, the first 100 years of our country’s history were about who could build the biggest, most efficient farm. And the second century focused on the race to build factories. Welcome to the third century, folks. The third century is about ideas.”

So, what are you waiting for? Get your great idea and make a dent in the universe you always wanted to make.