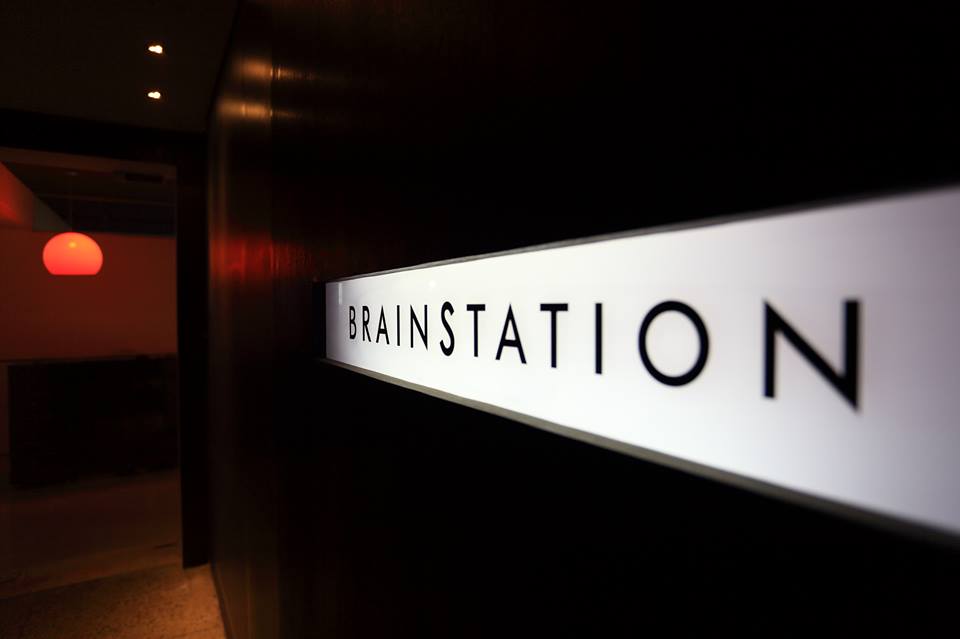 Bangladesh’s IT services industry has grown rapidly over the past decade, as operational footprints of Bangladeshi companies have expanded across the world. Along with the expansion and business growth, many of these companies have been slowly tiptoeing into the emerging technological developments from blockchain to IoT to machine learning and artificial intelligence, thrust forward by a growing interest in industry 4.0.

Consider Brain Station 23, one of Bangladesh’s largest IT services firms, that has been increasingly focusing on technology solutions tailored to help businesses prepare for the age of industry 4.0.

Brain Station 23 employs approximately 500 engineers and has a presence in over 25 countries. Over the past 15 years, it has helped companies — across the world and in Bangladesh — manage their diverse technological needs from building and running softwares, web applications to mobile apps and other digital solutions and products. The company has been working with a long list of companies operating in industries as diverse as retail, fin-tech, software, healthcare, pharmaceuticals, ecommerce, telecom, real estate, education, startup, non-profit, and automobile, etc.

Founded in 2006, Brain Station 23 started as a team of 4 people. The company initially offered IT services in a small number of international markets and eventually stepped into the Bangladesh market in 2011.

Since inception, Brain Station 23 has always worked hard to stay at the forefront of the latest technological developments and trends. For example, the company worked with microsoft.net technology for a PayPal project when .net was a nascent technology. The spirit remains intact to this day.

With the changes in the technological landscape, Brain Station 23 has quickly adopted and moved into technologies such as cloud computing, IoT, machine learning, reality technologies, artificial intelligence, and other emerging technologies that now have a growing demand in the market.

To be exact, Brain Station 23 has been focusing and building capabilities around industry 4.0 technological needs and revolutions since 2012. The company has built partnerships with 10+ major technology solution providers including AWS, Microsoft, Google Cloud Platform, Oracle, and Adobe among others, and consistently invested in upskilling and training its people through offline and online courses and training programs.

II. How Brain Station 23 has become a hub for industry 4.0 technology developments

While the discussion around industry 4.0 appears far-fetched at times, we are already living in a world fundamentally transformed by these technologies. Think of an AI and ML-enabled chatbot that finds the right question to answer from a web page filled with sets of random Q&As. A remote monitoring system that uses satellite data to monitor buildings. Voice-activated virtual assistants such as Google Assistant or Apple’s Siri. Personalized Netflix recommendations. Facebook’s ability to recognize your face and tag you in a friend’s photo. A cloud-based AI-powered stethoscope for real-time detection of abnormal heart sounds, and a wearable neckband that monitors users' eating and drinking activities using a microphone sensor. Today, technology is increasingly blurring the boundaries between the physical, digital, and biological worlds.

Brain Station has always been a forward-thinking company emphasizing exploring new ideas and technological developments. “Tinkering with emerging technologies has been in our DNA as a company,” says MJ Ferdous, Director and COO of Brain Station 23. “We are culturally built that way.”

Brain Station started toying with developments in the Industry 4.0 technologies in 2012. “The team is always encouraged to think outside the box and experiment with advanced and interesting technologies even when we are not doing any paid projects in those technologies”, explains MJ Ferdous.

Company-wide initiatives have been taken to upskill people in the new technological developments including sending developers to workshops and training programs organized by the Bangladesh Government and the tech giants like IBM.

The focus has paid off. In the beginning, only 5% of Brain Station 23’s total work was on Industry 4.0 technologies. It has since increased significantly. Over the last few years, the company has become a reliable provider of technology solutions to a growing number of companies in local and international markets in Asia, Europe, and North America in technologies like cloud computing, blockchain, machine learning, machine learning, artificial intelligence, augmented reality, virtual reality, IoT and other emerging technologies.

Today, Brain Station 23 has a completely different operation around industry 4.0 technologies. The company has built capabilities. Forged Partnerships. Invested in developing people. Developed processes and systems to deliver work in these technologies. And built a culture that is adept at adopting new technologies quickly.

Brain Station 23 is a partner of all major cloud solutions providers including Google, Microsoft, AWS, and Digital Ocean. It has developed strong capabilities in cybersecurity and security assessment. The company started working with cloud technology in 2012 when it developed “BT Business Online”, the online portal of BT Business and Public Sector, a division of BT Group.

Since 2017, the company has been working on in-house PoCs on machine learning, AI, and a host of other technologies. It has developed PoCs that can check the insurance relativity, predict loans, predict the stock market, predict the housing price of a certain area, and much more. Today, it has an enviable set of PoCs in industries from finance and banking to healthcare to retail and education.

In collaboration with mHealth of Bangladesh University of Engineering and Technology (BUET), the company has been working on several fascinating healthcare technologies. AI-enabled stethoscopes which can detect the cardiac condition anomaly. Diet monitoring neckband to monitor everyday diets of the users and give advice on health and lifestyle. Technology that can detect the condition of lungs based on X-ray. Interfaces for health monitoring that can monitor health conditions based on the voice. Bodycam to record physical activity. A technology called Smart Air can detect environmental conditions from the sound.

In agriculture, Brain Station has worked with local conglomerate ACI Limited and helped build Fosholi, an agri-tech solution for farmers in Bangladesh. Using Fosoli, farmers can access real-time information and help such as take and send pictures of various crop diseases to the nearest crop expert and receive suggestions in real-time.

In the banking, enterprise, and Telecom sector, Brain Station 23 has been working on SharePoint for a long time.

Brain Station developed the front-end of the app Rehive, a Silicon Valley-based fin-tech startup using blockchain to provide financial services. It has collaborated with Maruboshi Europe to provide AR and VR solutions for the automobile industry and is building an AR technology that can give you a virtual tour inside a house. In collaboration with a Japanese satellite company Brain Station 23 is working to use image processing technology to detect and monitor facilities and other assets using ML and IoT.

In Europe, it has been working with several European companies including a European pharmaceutical company as technology development and consultant partner. Built an AI chatbot for a German company that helps users to find the nearest gas or oil depot. For a Norway-based company called IOTIX Ltd, Brain Station is building a cloud-based IoT platform that collects real-time data and runs data analysis.

The company has been relentless in the past several years. From tiptoeing into the industry 4.0 technologies, Brain Station 23 has become a leading player in Bangladesh providing advanced technology solutions to customers both locally and internationally. The company now looks higher.

IV. A culture obsessed with human development and quality solution

Brain Station 23 has always been a quality-obsessed company — using quality as a growth lever and for generating a positive buzz from customers. It has built a culture where people seek excellence and engineers compete to become the best in their field and seek to work on the latest cutting-edge technologies. This combination has put the company at the forefront of advanced technological development and become the Infosys of Bangladesh serving clients across 25 markets.

Using an agile approach to deliver projects, Brain Station 23 has developed a working tempo where clients get their deliverables on time. The process has a built-in feedback loop for clients to give feedback on an ongoing basis improving the overall quality and speed of the completion of the project.

Brain Station 23 uses scrum. Sprints are fixed every two or three weeks based on the requirement of a project. The advantage of the sprint is that if a client has 10 features, they get one feature delivered every two weeks or on a certain timeline. In every sprint, there is a feedback review. The beauty of the model is that you don’t need to do the whole project at once when the deadline nears. By the time the deadline approaches, clients have their projects delivered.

“Quality assurance has taken the center stage in technology development over the years”, says Mr. Ferdous. “Codes written for a program need to be of high quality. You could get things done fast, but if the codes are of low quality then the client will face challenges in maintaining and changing the product when needed. High quality and standard codes make maintenance easier for a client.”

Brain Station 23 says it has developed an excellent QA process where it runs both manual and automatic tests to check a piece of software. The company has more than 30 IST-certified developers for quality assurance.

The company says it runs on certain values namely: honesty, transparency, excellence, and ownership. It prioritizes transparency while dealing with clients such as giving clients several options even when it may cause short-term revenue loss. This helps Brain Station 23 to build a relationship of trust with clients leading to long-term collaboration.

An internal culture with a minimum hierarchy has helped create a sense of ownership among employees and create an environment where new ideas and innovation flourish. The company empowers its people. Employees are constantly encouraged and supported to develop their skills and pursue their interests in new technologies.

“We have done some work to improve retention and build a great culture,” says Brain Station 23 Founder and CEO Raisul Kabir. “For example, trusting and empowering people. What do I mean by that? When you are dealing with a person, having faith in the capacity and goodness of that person. When you trust and empower people, good people take ownership and responsibility. It is the best strategy to build a culture of meritocracy.”

Progressive policies around human resource management have helped the company develop skills in new technological verticals and maintain a high retention rate of its people which is important for the reputation in the global market.

The advanced technologies we are talking about are in their early days. For example, blockchain is yet to become a mainstream technology in most markets. The same is true for artificial intelligence, IoT, reality technologies, and so on. But these technologies are set to change the pace of our world in the coming years.

Klaus Schwab, founder and executive chairman of the World Economic Forum and author of the book, The Fourth Industrial Revolution, writes in a 2016 article: “We stand on the brink of a technological revolution that will fundamentally alter the way we live, work, and relate to one another. In its scale, scope, and complexity, the transformation will be unlike anything humankind has experienced before.”

The company now seeks to build a more ambitious organization. “Continuously growing the team is a priority,” says Mr. Raisul. “Building better structures to complete projects. When an organization grows, building support structures so that we could remain efficient and effective is critical. Then comes creating a structure for employee growth. These are some of the priorities for us now.”