Can ReCommerce be the Next Big Thing in Bangladesh? Our Research Suggests, Yes

Over the last few years, I've noticed a pattern that has been slowly unfolding. Instead of purchasing goods, the sharing economy is allowing shoppers to rent, resell and exchange idle capacities. In Bangladesh, startups like SWAP and Zingo have pushed their limits and ventured into the uncharted territory of re-commerce. With over 25,000 clients served in 12 months, SWAP claims it has helped to save 36 metric tons of e-waste and 694 metric tons of carbon emissions.

Prior to that, SystemEye Technologies unveiled their Exchange platform about five years ago, announcing an exchange deal in which users will receive a brand new laptop in exchange for any old, working or non-working, laptop or desktop. The promotional campaign was an immediate success which attests to the fact that farsighted entrepreneurs, for a considerable period of time, have sensed a demand for resale-reuse platforms that would mostly cater to cost-conscious and eco-conscious millennials and Gen Z consumers.

Recommerce is not an entirely novel idea. Amazon has been doing it for a long time. The company claims its “ReCommerce” program in the United States has been critical to the success of its e-commerce business helping reduce the cost of returns and enabling a new kind of shopping and sales. Following in the footsteps of Amazon and Ebay, many retailers around the globe have flocked to the recommerce market (also known as ‘resale' or ‘reverse’ commerce) which relates to the buying and selling of previously owned goods. Some of these sites also offer exchange opportunities which is a creative way of reusing and recycling.

Over the past few years, we have seen a consistent rise of independent recommerce companies across markets. Take, for example, our neighboring market India.

With the progress of eCommerce and technology, the recommerce industry of India has seen unprecedented growth over the past years. Thanks to companies like Cashify, OLX, Quikr, among others, Recommerce is now a well-established vertical in the market for almost all product categories. From fashion to furniture to cars, India’s second-hand market found its shining moment in the pandemic. According to a report by Allied Market Research, the online fashion re-commerce market alone is estimated to be worth $3-4 billion USD in India. Companies like Cashify have raised millions of dollars in funding over the years and expanded throughout India.

Bangladesh is not different. Given the social-economic condition in the country, there has always been a demand for second hand products. Over the years, we have seen a growing demand for low cost mobile phones and electronic gadgets — an excellent opportunity to build Re-commerce businesses. On top of that, the burgeoning ecommerce industry and electronic products brands require an option to deal with the returned items. The market also offers an excellent opportunity to solve a social problem in proper management of e-waste.

In a conversation with Future Startup, SystemsEye Exchange CEO Rasel Ahmed, one of the earliest exchange platforms for used laptops, desktops, and smartphones in Bangladesh, says  “When you exchange outdated and unused electronic gadgets, you are not directly dumping them.  Instead, you are allowing people to reuse them, thus reducing e-waste and contributing to environmental safety.”

In business, no opportunity gets unnoticed. And this is where local recommerce companies such as SWAP and Zingo come in.

According to The Groupe Speciale Mobile Association (GSMA) report titled ‘The Mobile Economy Asia Pacific 2020,’ smartphone penetration in Bangladesh stands at only 40 per cent and it will reach 69 per cent after five years. Bangladesh's mobile telecom market is still dominated by the second generation (2G) services while other Asia Pacific countries are predominated by 4G services. This insinuates a fair market demand for both mobile exchange and high-quality second-hand smartphones.

A recent research published by ActionAid Bangladesh suggests 80 percent of male youths in rural and urban areas own cell phones while the number for young women is merely 40 percent; only 10 percent of young women between the ages of 15 and 29 use the internet in rural areas, while 20 percent do so in urban areas. Besides, household computer access in rural and suburban areas is only 12 percent. So a market for second hand smartphones, laptops and desktops is likely to be valued by Bangladeshi youths particularly in suburban and rural areas. According to Naim Ahamed, CEO of Zingo “As per our estimation, the second-hand smartphone market is around BDT 170 billion in Bangladesh. In fact, the market for second-hand smartphones is bigger than the market for brand new smartphones. I think we need 2 to 3 more players in this industry to organize a second-hand marketplace.”

The middle class's share of the total population is expected to hit 25% by 2025 and 33% by 2030 (Bangladesh Institute of Development Studies). This rapid expansion of the country's middle class will have an effect on consumption. People would want to get more for their money and this change in customer behavior can be capitalized on by emerging re-commerce companies. There are large companies in this field in India and Indonesia that have raised millions of dollars in venture capital funding.

In Bangladesh, SWAP is the earliest  cross-category exchange site that allows users to sell or swap their old phone, laptop, vehicle, or furniture in as little as 24 hours. Operating as a C2B marketplace, it has buyback agreements with Samsung, OnePlus, OPPO, Apple, and Suzuki. On the other hand, Zingo is planning to grow their exchange program this year. They are  aiming to build a refurbishing industry where they will refurbish old phones and sell them with six months warranty.

However, the C2C re-commerce is yet to be tapped in the country. With the increasing number of middle-class urban women, there is a growing demand for peer-to-peer fashion rental platforms in the country. Women are willing to hire out or resell their seldom-worn wardrobes for a fee. In fact, around the world, the C2C model of re-commerce in areas of fashion, furniture among others have thrived. In the lust for possessing the new at a cheaper price, consumers are actively opting the re-commerce trend.

The coronavirus pandemic has solidified recommerce's place in the new norm almost as much as ecommerce. Because of the pandemic's economic effects and uncertain duration, consumer behavior patterns established in 2020 are likely to stick, forming into habits. Given the current state of technology, concerns about environmental damage, and small budgets, online resale marketplaces have never been more popular.

To that end,  the sharing economy is an increasingly popular way to go for today's conscious consumers. Although recommence currently is not as widespread in Bangladesh as it is in many other markets,  it has the potential to steadily gain traction in the coming years and we believe some of the most important commerce companies in Dhaka will be built in the vertical.

Ruhul Kader contributed to this article.

Update on May 4 at 9:25: This article has been updated with new information regarding SystemEye Exchange. 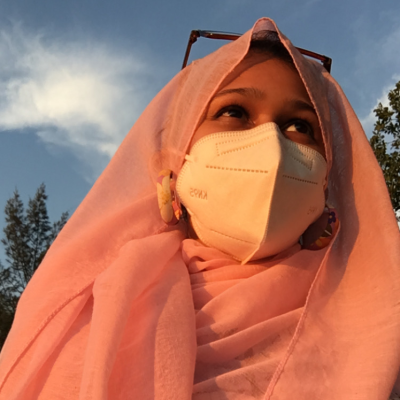 Naziba Ali
Naziba Ali is currently in her 3rd year at IBA, University of Dhaka. She is a business enthusiast who likes to capitalize on every available opportunity and explore her potential. She is also a passionate writer who believes in the mightiness of compelling storytelling. Documentaries and docuseries are her go-to when it comes to learning about world issues in an informative, yet captivating manner. She can be reached at [email protected]