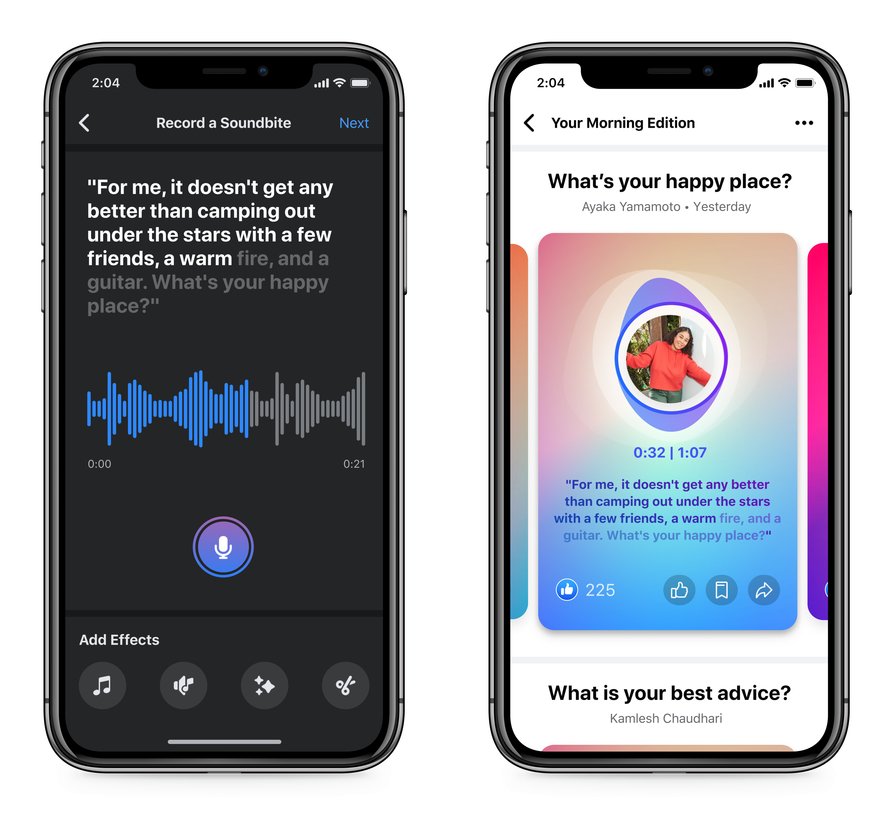 Facebook Enters Audio Race with a Host of New Products, and the Acceleration of the Creator Economy

Facebook announced on Monday that it is going full throttle into audio, launching a suite of new audio products that will allow users to host audio conferences, create audio shows, podcasts, and much more.

The move comes at a time when social audio apps such as Clubhouse are getting increasing attention and podcasts and audio formats continue to rise in popularity across markets.

Facebook audio creation tools: Among the features, Facebook announced: over the next three to six months, Facebook planned to roll out live audio rooms and new tools allowing users to create, search for, and listen to podcasts. Live audio rooms will be available on the main platform and the Facebook Messenger app and audios can be saved and turned into podcasts.

“The first thing we’re building is a set of new audio creation tools. Just like we did for photos and videos, we want everyone to have tools that are powerful enough for the pros, but intuitive and fun — like having a sound studio in your pocket”, the company writes in its official blog post.

Soundbites: “These audio creation tools will enable you to create Soundbites — short-form, creative audio clips for capturing anecdotes, jokes, moments of inspiration, poems, and many other things we haven’t yet imagined.”

“Soundbites” are a new format for short-form audio that will appear across Facebook's suite of products. Think TikTok for audio. The feature will have filters allowing users to change sounds.

The company said it will start testing Soundbites “over the next few months with a small number of creators to refine the product before making it available to everyone.”

Live audio rooms: Facebook will add Clubhouse-style live audio rooms. The company plans to allow users to earn money from the podcasts and audio rooms they create by allowing them to charge for access to a room. Participants will also be able to tip creators with Facebook’s digital currency, Stars.

Partnership with Spotify: Facebook has entered into an expanded partnership with Spotify which will allow Facebook users to listen to both music and podcasts without leaving Facebook. The move will make Facebook a home for long-form audio shows. You will see shows and episode recommendations based on your interests that you will be able to consume inside Facebook.

Facebook’s reputation: Facebook has a reputation for copying popular products from its competitors. The company famously ripped off Snapchat with Stories feature. Of late, it launched features like videoconferencing following the rise of Zoom and Google Meet.

This time around, Facebook launching audio features could negatively affect the growth of audio startup Clubhouse, which became the fastest-growing social media app in the world this year with some 14 million downloads.

Race to social audio: Live audio and audio, in general, has become a hot trend of late. The rapid rise of platforms like Clubhouse has amplified the importance of the trend.

All major social platforms in tech now have an audio product in making. Twitter Inc is testing its live audio feature Spaces. Discord, Microsoft-owned LinkedIn, Slack, and Spotify Technology all are testing new audio products. Reddit unveiled a preview of its Reddit Talks product on Monday.

Context: Facebook’s audio push and the recent launch of a bunch of products around the newsletter boom make sense when you put it into the context of the growing power of the so-called creator economy where the power of creation is shifting from institutions to individuals. With the audio products, Facebook targets individual creators and smaller businesses. In an interview with tech journalist Casey Newton, Mark Zuckerberg, CEO of Facebook explained this:

“A big part of the creative economy is that it’s enabling individuals, and shifting power from some traditional institutions to individuals to exercise their own creativity. And I think that that’s a positive trend in the world. It’s really empowering for a lot of people and allows a lot of new stuff to get created. I think based on that, your prediction that this is likely to work better maybe for individual creators or small groups — I could see that playing out for sure.”

The creators’ economy has gained meaningful momentum over the past few years. The rise of Substack, Youtube, Clubhouse, and a host of new products suggests that the trend is just getting started. Facebook getting into the space makes the race all the more interesting.