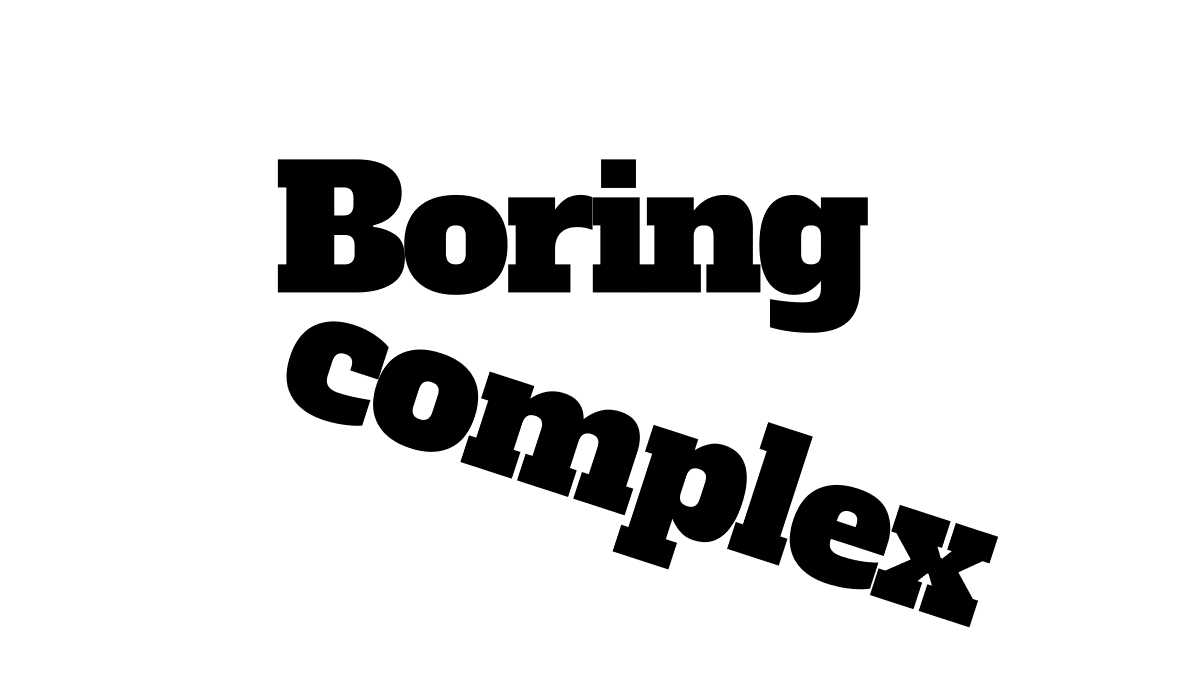 Boring and complex - these are the two types of ideas that produce the greatest results in venture building. Albeit boredom and complexity are person-specific. Something which is boring to me could be immensely fascinating to you.

The general rule of thumb here is that it is boring to the general population. Not many potential founders find it sexy or simple to build businesses. The opposite is sexy and simple, where most people flock to.

The boring and complex outperform sexy and simple precisely because the former simply don’t attract enough attention thus competition whereas the later is almost always an overcrowded territory.

Charlie Songhurst explains this boring and complex framework in a recent episode of Invest Like the Best episode with Patrick O’Shaughnessy:

“I'll go for, if you pick two axes, one co-axis is boredom and the other is complexity. You want highly boring and highly complex. Because everything in the universe is a supply and demand curve, and you just get insufficient supply of entrepreneurs in the highly boring but highly complex space. And therefore you get an elevated return. So if you go to the quadrants, you've sort of got the whole simple side, boring and simple, and complex and simple. It's just too hard to get differentiation without enough complexity. That's when you get commoditization. If you go for interesting and complex, you get brilliant entrepreneurs. This is the problem with Space Tech as an area of innovation. Every single person involved with space is basically a brilliant genius who's passionate about their work and loves it. On the other hand, if you hang out in audit software, accounting software, just sitting in an area that's complex, but no one wants to boast they do it at a dinner party. And what might call the sort of spiritual reward of the industry are lower, and therefore you just get less entrepreneurs. Therefore, the chance of having entrepreneurs succeeding is significantly higher.”

Whereas if you are dealing with something complex, as long as you find it interesting, it is a playground where you can innovate, access resources easily, and build monopoly. Songhurst explains:

“Obviously they're not boring to the founder and they're never boring to me. I find things like accounting software deeply interesting because it's an intellectual puzzle, you're solving someone's problem. And I also think that utilitarian output to the world is way underestimated in these things.

If you were to think what was the precursor technology to Manhattan - sewers. Very hard to have Manhattan without sewers. But they don’t sound exciting, right? If you were to somehow remove them, then human living standards would drop exponentially. And so those base technologies, sort of double-entry accounting of the 14th century under the Medici or whoever, those things really matter. That's sort of system-wide improvements to the thing. Sometimes the joy of those can be missed.”