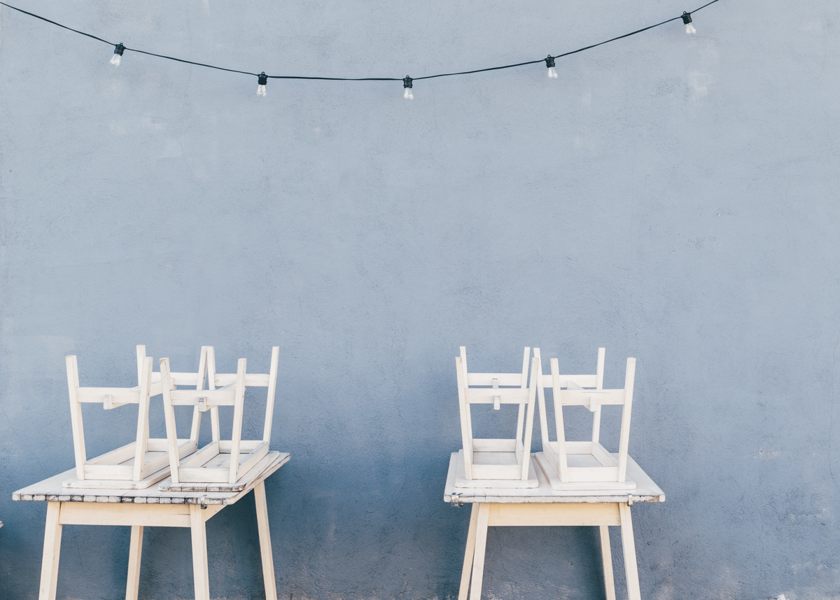 Why CEOs need to embrace fear

Running a business can be a frightening undertaking. CEOs make decisions that affect the livelihoods of dozens, if not thousands. Only one in two new businesses last more than five years, few big businesses remain intact for more than a decade, and the shelf life of a corporate CEO is an optimistic four years.

The human emotions that come with this undertaking are often brushed aside or even frowned upon. This is despite the fact that emotions play a crucial, but complex role when making important decisions.

Fear - the visceral feeling of dread - is a particularly powerful emotion that everybody experiences, even CEOs. However, CEOs often present themselves as fearless leaders, often coming across as emotionless psychopaths. But as history shows, the guise of “bulletproof CEO” has systematically failed.

While General Electric floundered under his watch, Jeff Immelt created a “success theatre” that shut out any bad news that conflicted with his grandiose beliefs. In Australia, the bravado of bank CEOs has left a trail of scandals that may take years to fully uncover.

Could it be time to give fear a voice in the executive suite?

Why CEOs should be paying attention to their fears

Most of us buy into the notion that our leaders can motivate us through overt displays of certain emotions – passion, excitement, enthusiasm. Indeed, emotional displays are contagious. Managed astutely, emotions can serve as a powerful tool for social influence and motivation for those in power. Managed poorly, as in the case of angry outbursts from Uber’s CEO, you lose credibility among your followership.

Positive emotions, such as passion, have an established foothold in airport books on great leadership and executive coaching seminars. However, overemphasising “positive” emotions can be problematic.

This is because basing decisions on positive emotions alone can lead to overly optimistic estimations of our own abilities, the value-added of your partners, and forecasted future scenarios.

Instead, embracing vulnerability, and the fears that come with it, are integral to winning cultures. Successful professional sports teams are leading the way by increasingly embracing rather than shunning vulnerabilities and fears. When Richmond won the AFL premiership last year, it held fortnightly “triple H” (hero, hardship and highlight) sessions for players to open up to each other about their fears and frailties.

Business leaders can learn from these approaches. “Negative” emotions like fear, need to be taken seriously to make good decisions. But to manage fear, we need to understand its source – vulnerability.

When our vulnerabilities are exposed, we experience fear. In nature, fear triggers preset evolutionary responses of fight, flight, or freeze.

The response options for CEOs, however, are not that clear-cut. Our ongoing research identifies three main sources of vulnerability from which CEOs’ fears ensue.

First the core vulnerability is the notion that leaders are susceptible to their human limitations. CEO’s face extraordinary, unscripted, and ever-changing job demands.

Their personal vulnerability ranges from physical exhaustion, lapses of moral judgment, emotional burnout, to - in the words of AMP’s recently resigned chief risk officer - “incapacity” to get the job done.

A second vulnerability is the reliance on others in conducting business. No business leader can be across the actions of all its employees, partners, or even their pilots.

As such, CEOs may trust the wrong people or put too much trust in good people, and hence overburden them. As the case of Facebook shows, CEOs are vulnerable to the reputation damaging actions of even their employees and their key business partners.

The third is unforeseen external shocks. Technology disruption, uncontrollable market forces, even natural disasters, are out of our control. As a result, previous templates for business and career success, can quickly become obsolete.

Tapping into the benefits of fear

Vulnerabilities are an occupational hazard for CEOs. Fear is the manifest human emotion that comes with it.

CEOs who acknowledge and act upon vulnerability and fear are most likely to appear authentic. Acknowledging that we are works in progress, allows for others to relate to us and support us. The self-awareness that may ensue from engaging openly with our vulnerabilities is a coveted leadership attribute.

Leveraging the vulnerabilities of unforeseen events can motivate employees to innovate, think critically of what their job might look like in the future, and encourage ideas on how to remain adaptable. In the famous words of Intel CEO Andy Grove: “Only the paranoid survive.”

In order to be decisive and mobilise change required to keep a business vital, we need to reintroduce fear and embrace vulnerability in the executive suite.

The time is right for CEOs to start acknowledging vulnerabilities and embracing a healthy relationship with fear.