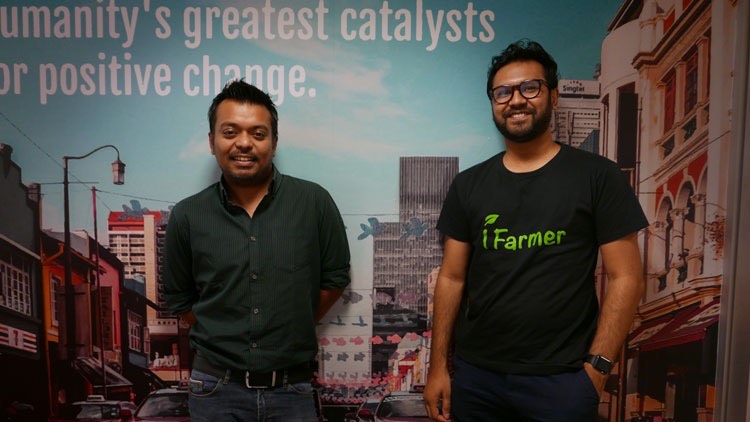 Bangladeshi agri-fintech startup iFarmer has raised $450,000 in seed funding from Accelerating Asia and angels from Singapore, Bangladesh, and Indonesia. This brings iFarmer's total seed funding raised to date to US$ 500,000.

In Bangladesh, Agriculture contributes a significant portion to the country’s development; however, working capital is still a major concern for farmers. Most of the farmers get their working capital from informal sources such as friends and family, middlemen instead of a bank as they find it to be a more feasible option. The rates at which middlemen offer the loans are extremely high. Microfinance institutions are also serving the farmers but the interest rates are high. Farmers also lose revenue as they have to sell to the middlemen and multiple layers of middlemen meaning end consumers have to pay a higher price.

iFarmer provides farmers with access to finance, smart technology and advisory services as well as access to premium markets for their produce. Enthusiastic middle-class population who is passionate about agriculture and wants to make a profit from it makes financing for these farmers possible.

Founded in 2018, iFarmer enables individuals and corporates, finance farms in a secured manner via its online platform, and has so far empowered over 1500 farmers across 3 districts in Bangladesh, facilitating close to a million dollars in financing for farming.

iFarmer will invest on general growth, which will include hiring more staff, onboarding more farmers to its platform and build data driven financing and supply chain network. They also intend to facilitate finance for other agriculture actors such as input retailers and traders and is working on a proprietary credit scoring algorithm that could enable financial institutions (Banks, NBFIs, MFIs) to lend to farmers, agri MSMEs such as input retailers and traders in an efficient and easy manner.

The Agriculture sector of Bangladesh provides 40% of the employment and contributes 14% of the GDP, which is amongst one of the fastest growing GDPs in the world. Although the numbers are impressive, but agriculture in Bangladesh face unique challenges. There are roughly about 20 million farmers in the country and more than 80% are smallholders, mostly unbanked or limited access to formal financial services, and the overall agriculture sector is highly un-organized.

For now, iFarmer`s ambitions are firmly focused on Bangladesh, but the team believes that the business can expand overseas into countries like Myanmar, Cambodia, Laos and so on.

The team believes that they have the right experience and expertise on board, as the CEO, Fahad Ifaz has worked in agriculture and financial inclusion for over 10 years across several South Asian countries such as Bangladesh, Nepal, Myanmar, Cambodia with organizations like the World Bank, CARE, Swisscontact and Palladium. Jamil Akbar the COO, has expertise on large scale and complex tech enabled service development and deployment and has worked with global companies.

iFarmer was one of the winner of UNCDF Fintech Innovation Fund in 2019, they were also the winner of Seedstars Bangladesh and one of the winners at Seedstars Asia Pacific in 2019. They have had support from ICT Ministry of Bangladesh through its Startup Bangladesh project and local incubator called Toru. iFarmer is a portfolio company at Singapore based Accelerating Asia in the second cohort of their accelerator program.