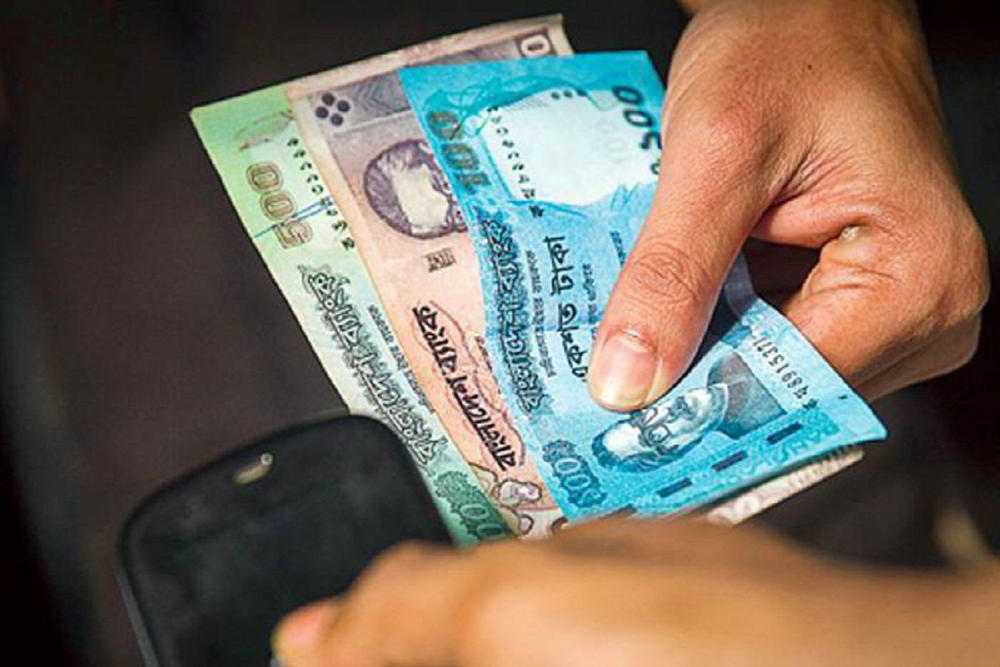 That’s the number of garments workers use bKash to collect their wages.

That’s the number of factories that now use bKash to pay their workers.

That’s a big number, even for bKash, particularly when it comes to digital payment, a market where customer adaptation remains slow. The brilliance of the strategy lies in its similarities with bKash’s original strategy in its early days to grow its P2P mobile money business - bottom up. A classic example of Christensen’s disruptive innovation play.

bKash makes sense for factory owners as a payment channel - it makes their life easier. Previously, factories mostly used to pay in cash and in a few instances through banks. bKash is a better option compared to both options.

For workers, if there are no charges involved, bKash is the best option because most garments workers use bKash to send money home and so on. Getting a salary in bKash makes their life easier.

Finally, it is a huge win for bKash because it improves the overall usage of the bKash. Once workers get their salary in their bKash account, they are likely to use it for all purposes such as transferring money to other bKash accounts, topping up mobile phone credit, paying utility bills, purchasing products at shops and so on.

Most garment workers are already users of bKash. However, in the past, they mostly used the service to send or receive money and that too through some bKash agents in most instances. With the partnership with garment owners, bKash just changed that dynamics upside down. Now every one of the previously mostly passive users is active bKash users. They not only use the service, but all 350,000 also have bKash account and likely bKash app.

What bKash expects to gain from this move is simple: more app usage and more payment usage. Sending money was already happening, now all these users will be using bKash for payments. That makes the move meaningful.

This would do a few things for bKash: 1) bKash app usage, thus payment usage, will grow 2) retailers will be more encouraged to adopt bKash as a payment option 3) bKash will become ubiquitous in small retailers place such as groceries and everywhere else 4) a bottom-up digital payment revolution where you could pay with bKash everywhere starting from small groceries to ecommerce to big shops 5) a two-way network effect, not only among users of bKash, which has already been happening to some extent, but also among retailers due to pressure from users to accept bKash for payment.

bKash is a brilliant company. The company started with offering P2P payment solution to a group of the population who did not have access to banking services. It worked like magic. The company did spend loads of money on marketing, but the product was so on point that it took off like anything.

One reason of course bKash targeted a group of people who did not have access to banking services in the first place, and most importantly, it offered a service that solved an important problem for these people that banks were not paying any attention to. Garments workers were the best user for bKash when it launched its P2P mobile money service.

With the success of mobile money, bKash is moving up on the ladder with payment and other products.

"An innovation that is disruptive allows a whole new population of consumers access to a product or service that was historically only accessible to consumers with a lot of money or a lot of skills.”

This is what bKash has exactly done. It took a service that was not accessible to most people and made it so and that too simply and less expensively.

However, this alone does not explain bKash’s success. It must be acknowledged that it has been able to build a massive strong distribution network and execute it as well.

This is the same strategy that bKash is now trying to replicate for the digital payment. This means 1) address a market that is unlikely to use digital payment and that no other player is targeting 2) find a mechanism to make it easier and profitable for them to use the product 3) gradually move up the market 4) gradually build up a network effort the help accelerate the growth of adoption of the service

Digital payment is critical for bKash. There is likely to be more competition in digital payment than what it was in the P2P mobile money market, a market where bKash has absolute dominance. This reality makes it even more urgent for bKash.

I wrote in bKash’s Relentless Push To Get Into Digital Payments Market:

bKash has experienced tremendous growth over the past few years and has become synonymous with P2P money transfer in the country. As I mentioned earlier, some 22% of Bangladeshis use the service and 4.5 million transactions happen per day. (this was in 2017)

Since it already dominates P2P space, which means a large number of users already have bKash balance in their phone and they can effectively use that balance for all other purposes starting from grocery shopping to hotel booking to book purchasing to ticket purchasing.

This is what bKash has exactly been doing. Over the past few months, it has been aggressively pushing into the payment area with all kinds of offers and collaborations. It is offering cashback in areas like online shopping, hotel booking, and other areas.”

bKash’s success in payment is infinitely important for the company. Again from bKash’s digital payment push on why it is so important for bKash:

“Payment is important for more than one reason. As I said, it is a long-term sustainability issue for the company. For bKash, apart from being a big opportunity, it is critical to secure a position in the digital payments space for its long-term competitive advantage.

Payment is a big market and there will be more serious players in this space in the coming days.

We are already seeing an early sign of that. Take iPay, SureCash and a few other players who are trying to break into the market.

There is already a rumor in the market that India’s Paytm takes interest in Bangladesh market.

Payments and P2P money transfer is intimately connected. Adaptation of one service influences the adaptation of another.

More importantly, since payment is a more frequent need for most people and since the smartphone has already become ubiquitous in Bangladesh, the chances are people will not be using different apps for different purposes which means bKash’s long-term success also depends on its ability to secure a strong position in the payment space.”

It seems like bKash is also winning the next round of payment battle in Dhaka. bKash already has a good digital payment penetration in upmarket, which we predicted that would be a tall order for bKash earlier, we were wrong to some extent.

The move to onboard more users in aggregate through collaboration garment factories and particularly users who are unlikely to use digital payment is going to change the dynamic of the digital payment market in Bangladesh in the long-run. This not only offers an incredible opportunity for bKash to improve the adoption of digital payment, but it is also a strong competitive moat for the company.

And then there are so many employers and employees to serve in the country!