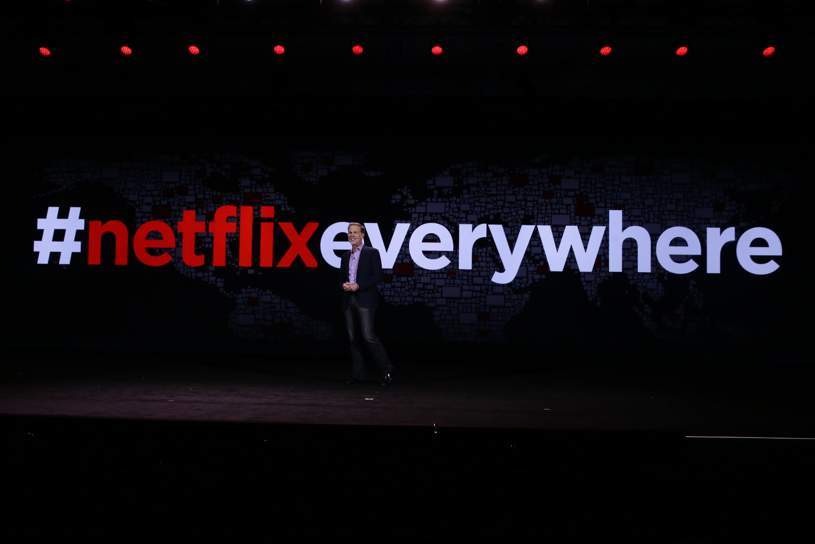 Netflix has 148.8 million subscribers globally and expects to add another 5 million by the end of June. Netflix does not have an official presence in Bangladesh. The best thing the company has done for Bangladesh market is that it has recently acquired permission to place cache servers in Bangladesh that will improve the experience of its users in Bangladesh.

The platform is gradually adding Bangladeshi movies and dramas to the platform. It started in 2017 with two Farooki films and it has since added a handful more. Netflix has been putting a lot of importance on markets outside the USA for its next wave of growth. For example, in India, it is investing heavily.

Netflix’s India office in Mumbai employees over 54 people and the company has been aggressively investing in local content. It eyes to add next 100 million of its users from India. To that end, Netflix does not talk much about the Bangladesh market and it is hard to find much about its operations in Dhaka. But there are third-party data that offers insight into Netflix’s business in Dhaka.

Netflix has more than 200,000 subscribers in Bangladesh, according to estimates of BTRC and PI Strategy, a private management consulting firm. The company now offers there subscription slabs - $8, $9 and $12.

If you take the BTRC and PI Strategy estimation, if each Bangladeshi subscriber pays Netflix $9 dollar each month, it is $1.8 million dollars per month, which means Netflix earns at least $21.6 million per year from Bangladesh. The number continues to grow.

In May this year, BTRC has finally given permission to Netflix to place Cache servers in Bangladesh which will improve the streaming experience of its users. Which means licensed National Internet Exchange (NIX) operators of Bangladesh can now place cache servers for Netflix. The decision came after several International Internet Gateways (IIG) and local Internet Service Providers (ISP), including Summit Communications, Aamra Technologies, Link3 Technologies, Amber IT, and Mazeda Network applied for permission to place Netflix cache servers for their customers. Some of these ISPs have NIX licenses. A report from the Dhaka Tribune explains who BTRC made such a decision:

“The streaming platform has almost 150 million subscribers in 190 countries across the globe, except in mainland China (due to local restrictions) as well as Syria, North Korea, and Crimea (due to US sanctions). Yet they are also becoming widely popular over Virtual Private Networks (VPN) and numerous other ways, in countries where Netflix is not available. Local experts have also said there is no stopping its widespread use, so BTRC has decided to permit local licensed internet exchanges to place Netflix’s cache servers for their clients, to improve streaming quality and not have to purchase costly international bandwidth. In their latest meeting, BTRC officials discussed the applications from IIGs and ISPs. The commission's (Engineering and Operations) department discussed detailed pros and cons of placing Netflix’s cache servers in Bangladesh. They also advised placing these servers at National Internet Exchange (NIX) operators’ ends, rather than ISP ends. They said there are more than a thousand ISPs around the country, so moderating them would be a very tough challenge, but there are only six licensed NIX operators, which would be far more manageable for the BTRC.”

Netflix was founded in 1997 as a DVD-by-mail service. Netflix online subscription service was first introduced in 1999 in the US and it has since expanded the services to different markets, initially in the Americas and Europe, and now in 190 countries across the world. Since the launch and expansion of its streaming service, Netflix has accumulated tens of millions of streaming subscribers worldwide.

Over the last few years, the company has been investing heavily in producing original content in a bid to build strong competitive moats against the coming rush of competitions from companies like Disney.

The streaming business in Bangladesh

There are a few independently run services such as Bongobd, which also maintains Bioscope for GP and Robi TV for Robi. There is 3rdbell and Popcorn Live.

And then there is iFlix which launched its service in Bangladesh mid-2017 in collaboration with Robi. In fact, iFlix is the only subscription streaming service in Bangladesh. For Telcos, streaming is more a means to improve its data revenue performance than pure business. However, Grameenphone’s Bioscope has turned out to be a serious player and has also launched a premium subscription tier in the recent time.

Platforms across the board are betting heavily on video. Social media sites like Facebook and Twitter are heavily pushing video content. Digital media startups like BuzzFeed, Vox, Refinery29, Mic, our local Daily Star, Dhaka Tribune, Bangla Tribune are investing heavily in the video. There is a growing competition among the digital natives to secure some of the TV ad dollars.

If you look at the imperatives, Bangladesh market is poised for on-demand online streaming services. Smartphone penetration continues to grow. Internet penetration also shows a consistent upward trend. And an increasing number of people, particularly the urban population, rely on YouTube for entertainment. This means there is a market for streaming services.

Having said that, in terms of overall market size, subscription-based video streaming has a long way to go, particularly if you are doing it for local Bangladeshi users. While internet penetration continues to grow, our internet infrastructure does not seem ready for streaming yet. Broadband penetration is significantly low outside Dhaka and 4G is costly and is of low quality to stream videos.

On the other hand, YouTube remains a key competitor in the space that hurts the exclusivity of the content which means it will be hard to convince people to pay for streaming with licensed content only.

At the same time, a significant percentage of people who pay for cable TV in Dhaka and beyond – people who are the target group for streaming services – do so not only to consume local TV but also to consume English and Hindi channels. This will prove challenging for a local streaming business because they will have to license these international contents. Streaming services like Netflix and iFlix already offer these contents.

This is one of the reasons why although local streaming services have had some success with the ad-supported model, they are yet to show any meaningful progress in paid subscription space.