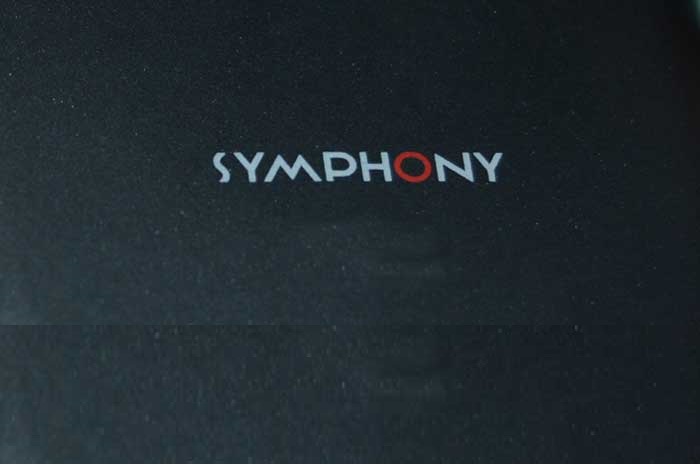 When we started Future Startup, our initial target customer was startup companies and SMEs. The logic behind the decision was simple enough and perfectly made sense while making: we used to report, predominantly at that time, about startups and tech so we should pursue them as clients as well.

We offer content marketing and native advertisement services through our branded content studio Storylab which is effective but a little expensive and particularly helpful for brand building, growing brand affinity and generating long-term ROI. The medium is relatively new for the Bangladesh market as well.

After trying for a couple of months, we found out that despite having excellent access as well as a seeming product-market fit, things were taking an unusually long time to happen. We were failing to close deals, and a few deals that we managed to close came out too small to pursue.

It took us a while to understand that we were pursuing a wrong market. (We have since changed our strategy) Startups is a price sensitive market. This has two implications: 1) they always seek for low-cost services except for ones who are backed by big VC money 2) and then once they graduate to a relatively big operation and the stable position they no longer want to avail services from the same agency that provided them services during their startup days. Instead, they seek more expensive and reputed vendors. This leaves businesses that serve SMEs perpetually stuck in the same corner.

Please note that this is a mere analogy and there are plenty of examples where companies are going big serving small startups and SMEs. But it is challenging to build a brand for price sensitive market. Even when you aim to build a sustainable brand in a price sensitive market, you should focus heavily on giving more to your customers, and this ‘more’ should be visible to everyone.

You may ask how this above analogy fits into our today’s discussion which is Symphony, Theory Of Disruptive Innovation, Poor Man’s Phone Image, and Symphony’s Risk. Let’s take a closer look at Symphony’s business.

Symphony is one of the most successful local handset brands in the history of Bangladesh. The company has been a dominant player in the market with its price competitive feature phones manufactured in China and then price competitive smartphones when people started to move to the smartphone for a long time.

It seems, the company is in transition and has been trying to break into the high-end market for a while now. This is important for Symphony not only because high-end market offers more attractive profits but also its success in the high-end category will help it in retaining its existing market leadership position, which is a result of its dominance in the price-competitive category, by allowing it create a more superior image in the market meaning an effective moat.

When Symphony started, it faced very little competition because Samsung another dominant players in the market at that time did not pay much attention to the low-end smartphone category in the market because it was the seemingly best decision to make for Samsung leadership given that it was already earning a premium serving the high-end segment in the market.

But things are changing fast for several reasons: 1) relatively new and aggressive players like Huawei, Oppo and a handful of other brands are eating into both ends of the market 2) at the same time this is changing the nature of the overall market that Symphony has served successfully for a long time.

From Symphony and Samsung continue to rule the handset market (emphasis mine):

“Symphony and Samsung continue to rule the handset market in Bangladesh, in both feature phone and smartphone segments. A recent report released by Bangladesh Mobile Phone Importers Association (BMPIA) showed the data.

The report showed that a total of 31.20 million handsets of 1500 different models and types, worth BDT 80 billion approximately, were imported in 2016. Symphony imported a staggering 11.60 million handsets, which was 37% of total sold handsets in 2016, thus securing the first spot in total handset sales in terms of number. Samsung stood second and imported 2 million handsets.

In terms of revenue from total handset sales, Symphony was also the market leader followed by Samsung.

However, in the smartphone segment, the scenario is a bit different. Though symphony imported more smartphones, Samsung leads the segment in total revenue from smartphone sales. Essentially, this was due to the price tag of smartphones bought by these two different brands.”

This change continues fast eroding Symphony’s market share. A couple of new players, who offer relatively low price phones are helping accelerate this process along with a few decisions Symphony made in the past.

Symphony is a brilliant company. I suspect part of it happened beyond conscious decisions. Symphony started with offering low-cost and higher quality feature phones when Nokia was still in the market. And it worked like magic. One reason of course Symphony targeted a group of people who did not have access to phones at the first place, and most importantly it offered a phone with much less price than the available alternatives and of higher or at least equal value.

“An innovation that is disruptive allows a whole new population of consumers access to a product or service that was historically only accessible to consumers with a lot of money or a lot of skill.”

This is what Symphony has exactly done. It took feature phone that was expensive for many people across the country and made it accessible to all. In doing so it built a huge business.

However, this alone does not explain Symphony’s success. It must be acknowledged that it has been able to build a massive and equally strong distribution network and execute on it as well.

After its massive success in feature phones, Symphony launched Smartphones, albeit low and medium-end rage, and quickly became the market leader again until Samsung started to eat into its market share and eventually other Chinese brands.

Despite the growing competition in the market, Symphony continued to dominate and grow largely contributed by a few factors:

Up until now, things have been wonderful for Symphony, and the company has received great rewards for its actions over the past few years. The challenge however for any disruptor is to move up on the ladder so that it can accumulate more 'attractive profits'. See the graph below:

When a company disrupts a market, it necessarily goes up on the ladder gradually owning more profitable segments of the market while incumbents solely focus on the highly more profitable areas of the business.

In the case of Symphony, after its initial success, the company remained focused on growing its existing business mostly through better distribution instead of investing in future growth. In a sense, it became, for a period, the incumbent that it was competing against.

In the case of Symphony a few things have happened:

The market has changed in the meantime

Poor man's phone and the importance of image

Price is the worst form of advantage when you are in a luxury business or in the business of essential products for several reasons 1) it is not sustainable 2) it does not help build loyalty.

When someone is buying your product because you are offering the best price means that he/she would go for the cheapest product available in the category thus hurting your lifetime customer value. Most importantly, it promotes an image among people that “okay, if your budget is limited but want a high spec phone let’s go for this brand, but if you have the budget I suggest “that one.”

While this was the reality that helped Symphony to succeed at the first place, coming out of this image is a challenge that I suspect Symphony will increasingly face in the market. The company now has to find a way to go beyond that.

Mobile is an essential product and then when you can afford it is also a status symbol. That’s why Apple has such die-hard fans all around the world, and the maker of iPhone maintains such dominance in the high-end phone category. And this is where Symphony will face growing challenges in the coming days.

The company has been unsuccessful so far in building a high-end image and die-hard fan base which put it in challenges of dealing with price-competitive customers who are transitional in nature and are seldom loyal.

From Huawei Continues To Grow In Bangladesh (emphasis mine):

“Huawei, the China-based 3rd largest smartphone brand in Bangladesh, has reported an unprecedented 232% inter-annual growth in sales between 2015 and 2016.

Although late to enter the market, Huawei has managed to build a strong brand image among fierce competition with the likes of Samsung, Symphony, and Walton in Bangladesh. Based on a report published by the Society for Consumer Research on November 2016, this Chinese Telecom company now possesses 14.5% of the total handset market share in respect of its volume and 19.1% with regard to its value in Bangladesh.

Bangladesh has been going through surprising changes in mobile handset usage in the past few years; particularly from 2013 when an upsurge in smartphone sales fairly disrupted the market trend. However, despite that, customers remain reasonably price sensitive regarding purchasing quality handsets.

To tackle these challenges and competition, the company is focusing on manufacturing hi-quality products at more competitive prices while ensuring meaningful innovation.”

This is the competitive threat that Symphony has to take seriously for both ends of its market.

Changes in the market

Over the past few years, mobile handset market has changed in many ways 1) the rise of a new middle class with growing purchasing power that craves status even when they are price sensitive 2) A host of new competitors entered the market with competitive pricing and more aggressive strategies

These two changes will have a significant impact on Symphony’s business in the coming years.

In the opening example, I mentioned our struggle with dealing with startups and SMEs and low-end clients, that same example applies to the case of Symphony that these low-end buyers are commonly not loyal unless you can manage to build a cult following. They will go for another more recognized brand if they can afford or go for cheaper one if it is available in the market which is increasingly becoming the case due to the growing competition.

As I said earlier, Symphony has built a great business. The company is doing very well even these days in terms of number. However, the challenges it faces today are around sustaining this success.

While Symphony has built a great business, it has equally failed to build a loyal fan base which Apple has, or Oneplus has, or even Xiaomi has, meaning Symphony’s competitive vulnerability is quite high.

Similarly, the company did a subpar job in building a high-end phone category that can significantly improve its profitability as well as improve its image in the market helping it retain its leadership in the low-end category by giving it a positing boost.

While it has been trying to do precisely that with Helio phone series for a while now, it seems the company has already wasted some crucial time.

I'm hopeful that Symphony understands this reality in the market and is well on its way to addressing this challenge.