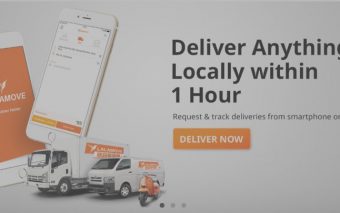 Lalamove, originally known as EasyVan, an on-demand logistics company based in Hong Kong that matches users and drivers to provide same-day delivery and courier services, has raised US$100 million in new funding.

The round was led by ShunWei Capital, with participation from several existing investors, including Xiang He Capital and MindWorks Ventures.

With the new funding, the startup plans to double down its growth push in China and Southeast Asia and launch new features.