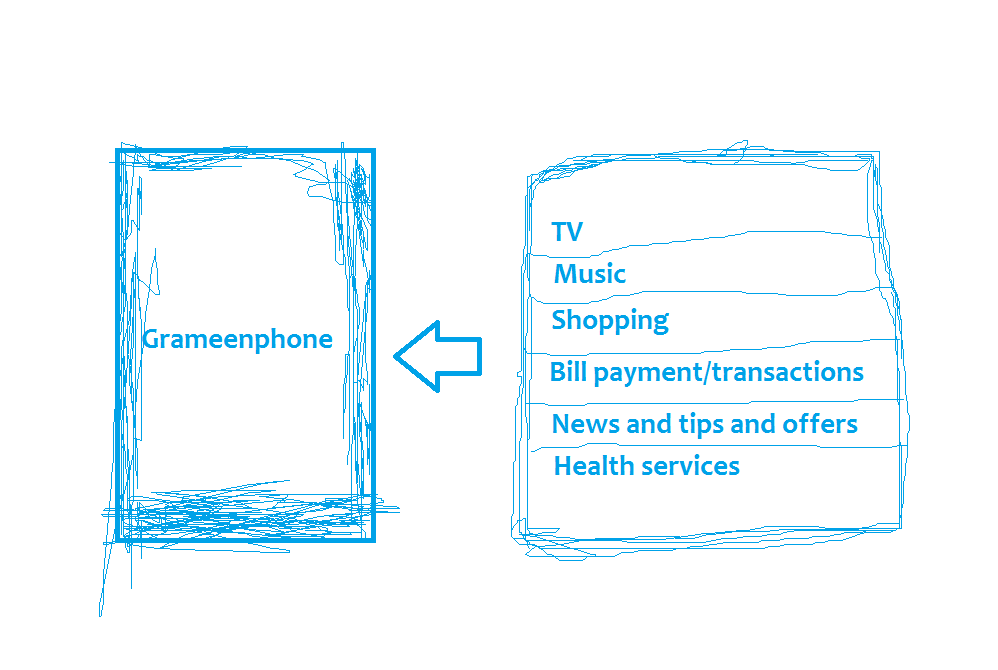 There are not many companies like Grameenphone in Bangladesh. The company is a master of execution and very good at thinking ahead of the competition. If you look closely at how GP operates, you will find that it operates with a sort of conviction and commitment that is hard to come by. At the same time, the company is agile, more so for a company of GP’s size, and do things that almost no other companies would do in the market.

For instance, GP Accelerator. The company launched an accelerator program in 2015, a part of its greater digital strategy in the country, and giving seed money along with support to a host of early stage companies relevant to its service.

It is hard to predict the fate of GP Accelerator given that many such corporate accelerator programs started and closed in many other parts of the country. That said, the project is a bold move on the part of GP and it has a lot of upside for it.

As we reported recently: there is a widespread consensus that the future of telecom industry is going to be very different. VimpelCom CEO Jean-Yves Charlier made some profound comments about the future of telecom industry and the future plans for his company VimpelCom and Banglalink during his recent visit to Dhaka: “telecom industry worldwide is at a crossroads today and there are two natural paths to this industry. The first path is that telecom becomes a commodity like electricity or water where we are the provider of pipes and the value creation lies really with the Over the Top service providers (OTTs). The other option for the telecom industry is that it reinvents itself with a digital future through innovation once again.”

Banglalink has been bullish about digital strategy for quite some time now. Erik Aash, CEO of Banglalink stated multiple times that the company is investing in digital infrastructure heavily and plan to continue that. Robi, now the second largest player after Airtel merger, is also playing silently in the space.

While everyone is focusing on digital, GP has some real upside as an early starter and with some solid products in place.

If you look closely, the challenges for a telecom operator in a world of Whatsapp, Viber and messaging are simply infinite. And then once there is number portability, for which BTRC postponed the auction a while ago, and similar things, it is going to be a very difficult to rely on the mere loyalty of your users when network effect is not there or switching network is easy and simple.

If you put all these things together, it is a mess. How do you tackle all these challenges? My take is GP has been actively trying to figure it out for a while now.

I wrote an article a few months ago on GP and its relentless effort to break into the digital space in Bangladesh. Part of the article is worth noting here:

GP has a mobile ticketing service called MobiCash. It has also got into an agreement with DBBL and now marketing an MFS service called GPAY. GP’s kidorkar.com, an ecommerce aggregation platform, a video streaming service called Bioscope. It has a digital health service called Tonic under Telenor health and is also testing a myriad of services. Here is a list of prominent digital services from GP:

GP has previously expressed its ambition to become a digital service provider in Bangladesh. Here is GP's CMO Yasir Azman in an interview with the Daily Star:

[blockquote source]"When we say internet for all, it’s not only to get connected. The goal now is to bring relevant products and services to our subscribers. We want to bring in music and TV channels and ‘over-the-counter’ content on social media. Mobile communication is also going beyond connectivity and entertainment. It’s one of the biggest tools for development. mHealth and Wowbox are two such products."[/blockquote]

With its growing digital services, the company is slowly moving towards that goal.

We live in a different world where the long-term success of a company depends on something more than strategy. It takes courage to do something out of ordinary. Take, for instance, Jio in India. The Reliance’s bold move has taken the market by storm and become a game changer.

Contrary to that, Take twitter, a product way more useful than Facebook in many metrics failed to live up to its potential. According to Ben Thompson of Stratechery:

[blockquote source=]I think this actually gets to the problem with Twitter: the initial concept was so good, and so perfectly fit such a large market, that they never needed to go through the process of achieving product market fit. It just happened, and they’ve been riding that match for going on eight years. The problem, though, was that by skipping over the wrenching process of finding a market, Twitter still has no idea what their market actually is, and how they might expand it. Twitter is the company equivalent of a lottery winner who never actually learns how to make money, and now they are starting to pay the price.[/blockquote]

You can sum up above lines in one word: complacency. They say, nothing fails like success. It is hard to do things beyond expectation when you are successful or comfortable in your position. And that is the limit of strategy.

If you look closely at digital services that GP and its parent company Telenor offer, one thing that connects all of them is that GP users often get additional or exclusive benefits accessing these services. For instance, Tonic membership is only for GP users. Music App is too and Bioscope, although open for all through the web, is for the GP users.

The connection here is simple: with the bundle of all these services, a GP number is no more a mere GP number, it is more than that. It is an ecosystem. If you have a GP number you can listen to music, for free or a small fee, you can watch Video and you can have special health-related facilities. This, done right, is a huge feat for GP to position ahead of the coming telecom competition.

Then there is more to it. Since data business is growing fast for all three operators, the winner will be the one who has the capacity to offer more interesting and exclusive content. From that point of view, if you don’t even take ecosystem effect into consideration, all these digital services ultimately add up huge value for GP.

It is hard to predict how GP Music or Bioscope will do over the years, but it is safe to say that they are a good start and these services have a ready connection to GP’s core offerings.
-
For GP and similarly for all other operators, while it is tempting to do something radical in order to secure the future or to move forward, but it is difficult to do something that may risk the current business model or that is not as profitable as current business at the start. Because it does not make sense from a business point of view neither does economics work. But, as I mentioned earlier, trying has its upsides.

It is hard to understand how GP looks at the digital products it is launching, whether as something that connects with a greater goal or just a bunch of scattered pieces given that often companies launch and kill products for no good reason, but if you look fast forward a couple of years, telecom operators are essentially doing something more than landlines and GP has a clear upside in that future.