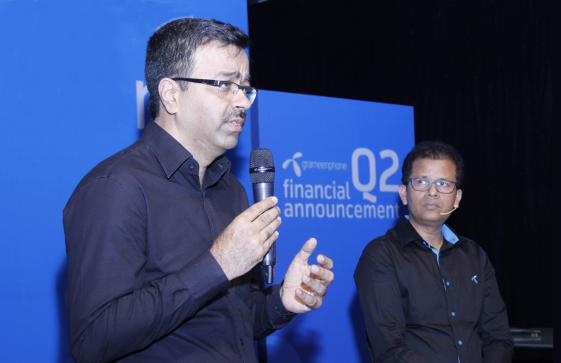 Grameenphone Ltd. reported revenue of BDT 55.6 billion for the first half of 2016, up 8.1% from the same period last year. Subscription and traffic revenue grew by 10.9% with growing contribution from data.

During the first half, GP acquired 0.2 million new subscriptions, taking the year-end subscription base to 56.9 million (as per BTRC definition). This constitutes 7.1% subscription growth (YoY) with SIM market share of 43.3% (as of May’16). GP acquired a healthy 6.1 million internet users, taking the period end base to 21.8 million.

“First half of 2016 has been a solid one for Grameenphone with strong growth momentum in place. Data continues to grow with healthy user addition and volume consumption. We completed rollout of 10,000 3G sites, taking the population coverage to 90%”, said Rajeev Sethi, CEO of Grameenphone Ltd. He added, “Our voice revenue is also growing with encouraging minutes of usage. This will help us in maintaining the momentum as we move forward.”

Net profit after taxes for the first half was BDT 10.7 billion with 19.2% margin compared to BDT 10.5 billion with 20.4% margin of the corresponding period of 2015. Higher revenue and efficiency in operating expenditure led to a healthy EBITDA (before other items) of BDT 30.6 billion with corresponding margin of 54.8%. Earnings per share (EPS) for the period stood at BDT 7.92.

GP invested BDT 13.6 billion during the period for further rollout of 3G sites, 2G coverage, capacity enhancement for catering higher volume of data and voice. Meanwhile, GP, the largest contributor to exchequer paid BDT 33.1 billion, comprising 59.5% of total revenue to the national exchequer during the period in the form of taxes, VAT, duties and license fees.