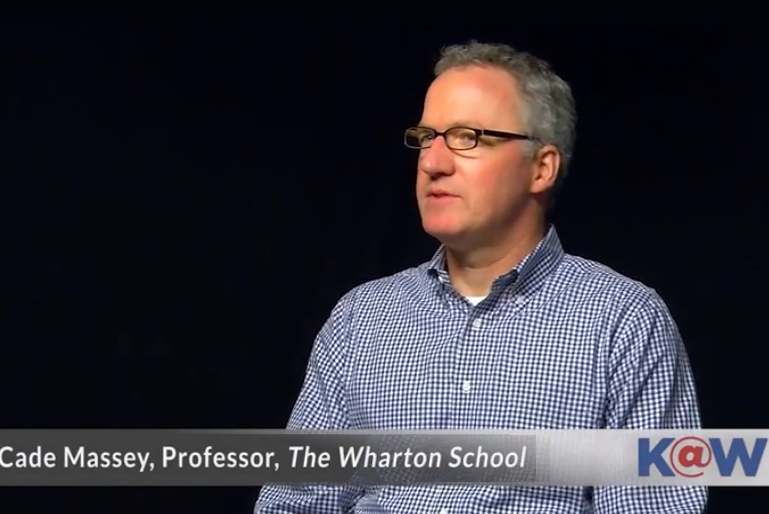 Mastering the Art of Communication: What Big Data Can Tell Us

There’s plenty of anecdotal evidence about what makes a good communicator, but Noah Zandan is more interested in the science behind it. That’s why he co-founded Quantified Communications, a firm that helps business leaders remake and refine their messages.

Zandan spoke recently to Cade Massey, Wharton practice professor of operations, information and decisions and co-director of the Wharton People Analytics Initiative, about how he applies research to the art of communication. Massey is co-host of the Wharton Moneyball show on Wharton Business Radio on SiriusXM channel 111, and this interview was part of a special broadcast on SiriusXM for the Wharton People Analytics Conference.

An edited transcript of the conversation appears below.

Cade Massey: Let’s understand what Quantified Communications is and how you got going in that direction.

Noah Zandan: The idea behind it is that communications has always been considered an art. How people talk to each other, how executives communicate, how we relate to other people, how we connect to the world around us, has always kind of been this art. Academics have been studying it for years, which is really exciting, and what we are trying to do at Quantified Communications is bring some of that research and apply it to a business environment. We work with corporations and organizations to really help their leadership, help the people moving the message of the business to deliver that message, and do it in a way where they are using objective data to know whether or not it works.

Massey: What is your background?

Zandan: I studied economics in college. Econometrics. I showed up on Wall Street, bright-eyed, and realized pretty quickly as I got further and further into Wall Street that we were modeling everything — obviously looking at risk and trying to make $1 billion decisions — off of data. But there was a missing factor from our model, and that was the people: The way that the executives communicate, the way they told the story, how confident they were was really one of the critical success factors on Wall Street. But there was no data behind it, and I’m an econ guy. [I thought,] “This isn’t rational.” I started looking and found some amazing research. Folks like James Pennebaker at the University of Texas, people who have been measuring this stuff for years, but nobody in the business environment knew this existed.

[blockquote source]We thought visionaries would really be complex thinkers, but in fact what they’re really concerned with is making things simple and breaking it down into steps.[/blockquote]

And so from there, we started. Our co-founder [Peter Zandan] has a Ph.D. in evaluation research and started finding all of this great stuff and then built a big database and a big platform to measure it. All of the big presidential speeches, all of the TED talks, media interviews — you name it, we’ve tried to go find it.

Massey: What are you doing with it?

Zandan: Well first, you have to be able to process it. So you’ve got to tag it; you’ve got to organize it; you’ve got to make sure that it’s useful. The New York Times calls it being a data janitor. It is a huge part of the job for a data scientist. We spent a long time doing that, and then we had to go understand it. Was it successful or not? Did it accomplish its purpose? Did the audience react to it in the appropriate way? Go out and ask a bunch of people what they think. Do you trust this person if they did this? Do you believe them? Do you want to engage with them more? And then measure the factors of the communication. What types of words did they use? Were they making eye contact? What were they doing with their hands? Then you can understand the factors that correlate with success.

Massey: How did you decide what factors to look for?

Zandan: Again, academic research. Folks in academics have been doing this for years. One of the best guys out is Albert Mehrabian out of UCLA. He created this model called the Three Vs — verbal, voice and visual. It breaks down someone’s communication into some of the important elements, and he did a bunch of research as to how those are correlated with whether or not I like you. You go talk to communications folks and researchers, and they understand eye contact, facial movement, features. There are factors behind all this stuff.

Massey: As you said, it’s historically been an art. What is the disparity between what you’re bringing to this conversation versus what’s been in the conversation before? When you come to these academics with this unbelievable database and say, “I’ve run some tests of these ideas,” are they saying, “This is different than anything we’ve seen before?” Or is this just a bigger version of what they’ve done?

Zandan: I would probably say it’s just a different use case. The academics are doing it from a great research standard, really thinking about how to apply it for research validation. What we’re doing is trying to bring it in a more applied way — looking at how leaders can communicate, really thinking carefully about what their purposes and audience types are. And then we can also go a little bit further, in that we can build predictive models and just run them over and over, given that we’re a business and not held to kind of the research standards.

Massey: One question you’ve looked at is, what do visionary communicators or visionary leaders do? Can you give us a recap of your findings?

Zandan: We looked at hundreds of transcripts of visionary leaders. It was just a linguistic analysis. We didn’t look at their faces or voices or things like that. What we identified was what separates these people who we consider to be visionaries, everybody from Amelia Earhardt to FDR to Elon Musk to TED Talks on innovation. What separates them from the average communicator? What distinguishes them from a factor model perspective?

Massey: What does that mean?

Zandan: That means using second-person pronouns and using a lot of perceptual language, talking about look, touch and feel. It really brings the audience into the experience with you. So if you think about Elon Musk talking about Tesla, he always talks about what it’s like to drive in the car, what it’s like to look at the car, how the doors work. It’s really less about the future of energy and transport. As this kind of theoretical vehicle, he really brings it and makes it tangible.

Massey: One thing that jumps out to me about that research is the present tense versus the future, especially when you’re talking about visionary leaders. You would have expected that to go the other way. Why do you think they are so much more effective?

Zandan: We saw it highly correlated with credibility. I think that people think if you’re talking so much about the future, then it’s going to be less credible. People aren’t going to believe you as much. So, you really want to [apply it to] today.

[blockquote source]The data can lead you down a path of replication. We don’t want to do that, because so much of what you communicate is your personality.[/blockquote]

Massey: How do you apply this research for your clients?

Zandan: What we often get asked to do is help people improve their communications, use the technology, use the analytics, allow them to make data-driven decisions on how to better impact their audiences. The No. 1 question Oprah Winfrey gets when the lights go off after her interviews with all of these amazing world leaders and celebrities is, “How did I do?” That’s what these people want to know. We can answer that not in a way that their team is going to — which is, “Hey, boss, you did great.” We can actually give them a lot of truth in the data — talk about how they are perceived, talk about how they can get better, and give them a very prescriptive plan to better impact their audiences and achieve their purposes.

Massey: When you work with people in that role, what data do you collect?

Zandan: We look at text, audio or video, which we can take in. We’ll break those down into the elements. So text is what you say, the words. For audio, we’ll look at the words as well as your voice. And then for video, which is our favorite, you’ve got the face and the gestures. You break down all of those into different behavioral patterns, you measure all of them, you benchmark them against what they would consider to be a measure of success. That could be themselves, that could be someone who is best in class, that could be a competitor they aspire to be. And then you could give them a road map for how to achieve that. We’ll give them some guidance on that, but a lot of times they know. The White House came to us and said, “We want to replicate one of Obama’s best speeches. We know which one was our favorite, and we want to understand the different factors behind that.”

Massey: Can you speak about what you found?

Zandan: No. But the speech was a eulogy in Arizona, which they considered to be one of the best ones he has given during his tenure.

Massey: Let’s put it this way, did you find anything interesting when you looked at that kind of speech from that level? That’s really championship-level rhetoric.

Zandan: Of course. You uncover stuff, but what’s worth saying here is that there is also the other side of the equation, which is authenticity. I am not President Obama. I do not speak like President Obama. If I did, it would seem very strange to an audience. Everybody has their authentic tone. We work really hard to measure authenticity. It’s one of the hardest problems.

Massey: Being able to do something like that would be a real advance.

Zandan: It would. And there is obviously authenticity to the way you deliver the message, and there are words that are considered authentic. But what we’re careful on is we don’t want to push people to be something that they’re not. The data can lead you down a path of replication. We don’t want to do that, because so much of what you communicate is your personality.

This story first appeared on [email protected], reprinted with permission. 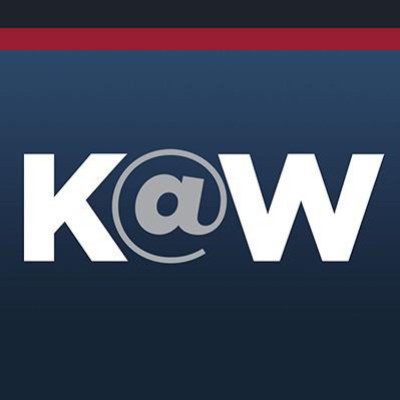