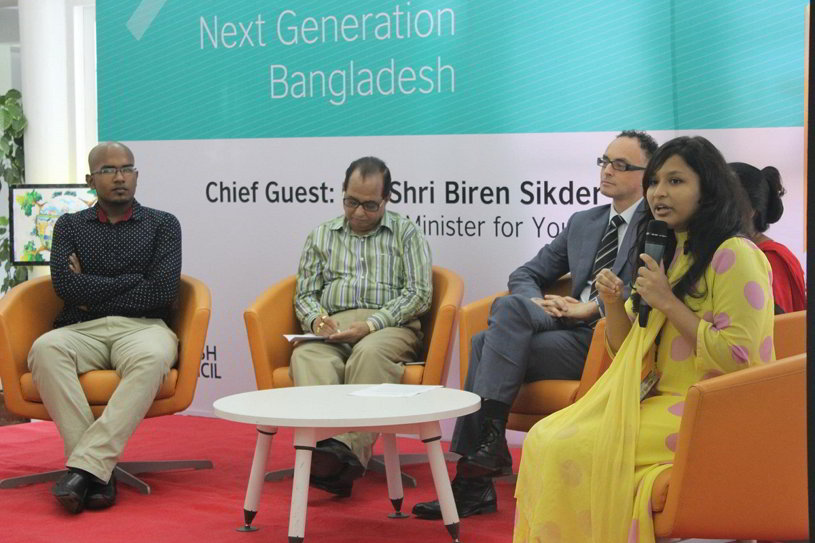 75% Of Young People In Bangladesh Feel That The Country Will Be More Prosperous 15 Years From Now: Study

According to a press release: young Bangladeshis are optimistic and want opportunities to take leadership, despite many concerns about social and political issues in the country, according to a new research commissioned by the British Council, ActionAid Bangladesh and the University of Liberal Arts Bangladesh (ULAB).

The report titled: ‘Next Generation Bangladesh: 2015 and beyond’ found that 75% of young people in Bangladesh feel that the country will be more prosperous 15 years from now, and 60% believe the country is heading in the right direction. But despite this sense of optimism, political instability, poor infrastructure and corruption were seen as major problems facing the country and of great concern to young people. Social conflict and violence were found to be linked to the underemployment that many young people face, with 62% of youth not having earned an income in the past 12 months.

‘Next Generation Bangladesh: 2015 and beyond’ found that 75% of young people in Bangladesh feel that the country will be more prosperous 15 years from now, and 60% believe the country is heading in the right direction.

The survey of 5000 young people 15 to 30 year olds is part of the British Council’s Next Generation research series, and is placed in the context of the new Sustainable Development Goals (SDGs). As the action plans towards reaching the SDGs are being framed, the latest Next Generation research looked into five important areas affecting young people’s lives in Bangladesh – governance, law and order, education and employability, environment and health.

The research also found that education alone will not remedy the high rate of youth unemployment in the country. To be prepared for employment after completing education, young people felt the education system needed to provide more ICT facilities, better trained and qualified teachers and more institutions for education and training. Overall, it was found that young people envision a democratic, equal and green Bangladesh, with healthcare, quality education, safety and security, governance, employment, democracy, environment and equality as the areas of key importance to them.

The report recommends that these major concerns of youth in Bangladesh should be echoed in the policy and planning documents of Bangladesh, including in the midterm planning documents like the 7th Five Year Plan (SFYP) and annual programme documents like the Annual Development Programme (ADP). This will not only meet the constitutional obligation of the state, but will also align the development efforts of the country in line with the global sustainable development goals.

The research is a follow-on to the 2010 report from the British Council, which was the first youth survey of its kind in Bangladesh and brought the views and perspectives of young people to the forefront at that time. The latest report builds on this work and further elaborates on the areas of youth engagement in the national development priorities.

A summary of the research is available to read online now on the British Council, ActionAid and ULAB websites, with the full report available at the end of September.