One day, when I was a teen, just out of curiosity, I picked up ‘Harry Potter & the Half Blood Prince’ (which was only published back then and much talked about) in Boi Bichitra. Guess what? For the next 2-3 months, I can’t remember myself being able to concentrate on anything but the books, one after another. Well, it surely did not take me long to realize what I have been missing out on! I have lost count of how many times the books have inspired me over the years and they still do whenever I read through the pages occasionally.

While Harry Potter series offers an unadulterated source of amusement and experience, the story of the woman behind Harry Potter series is even more inspirational. Needless to say, she is the British author, JK Rowling. The Potter books have gained worldwide attention, won multiple awards, sold more than 400 million copies now having reached the best-selling book series in history and been the basis for a popular movie series, the highest grossing film of all time, to date. Forbes has named her the first person to become a "U.S.-dollar billionaire by writing books." In 2008, the Sunday Times Rich List ranked her as the "twelfth richest woman in the United Kingdom." And in 2010 Rowling was named the “Most Influential Woman in Britain” by leading magazine editors.

However, when she first held her pen to write ‘Harry Potter’ back in the 1990s, she did not have much money let alone fame and fortune! She described her life before Harry Potter as being ‘as broke as it is possible to be in modern Britain without being homeless’. Her journey from rags to riches is overwhelmingly inspiring and is filled with precious tips for the entrepreneurs of today! Here are few important entrepreneurial tips that can be extracted from her dazzling journey from rags to riches:

1) Hold on to powerful ideas

You sort of start thinking anything's possible if you've got enough nerve.

Great ideas shoot through your mind when least expected. But when they do, instead of questioning and cutting back on them, seize them and make them happen!

2) Slow and Steady wins the race

Destiny is a name often given in retrospect to choices that had dramatic consequences.

J.K Rowling has been a writer throughout her life but she slow to publish. Entrepreneurs often rush to launch their products before its time. J.K Rowling sets an example of getting the product right before bringing it in front of the world.

It is our choices...that show what we truly are, far more than our abilities.

When she started writing the first Potter book, Rowling just got out of a troubled marriage and even worse, she was unemployed. She handed the manuscript of the first installment of the series to twelve publishing housings that rejected it. Life seemed harder but she persevered! Finally unlucky ‘13’ proved to be lucky for her when the 13th publishing house she reached out to accepted the manuscript! Entrepreneurs should note that, at times perseverance overpowers all the odds and brings success!

4) Never let anyone or anything sidetrack from your goals

[blockquote source]If you're holding out for universal popularity, I'm afraid you will be in this cabin for a very long time.[/blockquote]

When Bloomsbury, a small publishing house, agreed to publish the first Potter Book, Rowling was advised by the editor to take a day job as the chances of making money through children’s books were bleak.
Thank God that she did not let that piece of advice discourage her. Result? All the seven Potter books have witnessed record breaking sales! Similarly, entrepreneurs should never let anyone or anything stand in their way their goals- sometimes not even themselves!

5) Everyone has their unique share of contribution to the world

I just write what I wanted to write. I write what amuses me. It's totally for myself.

The kind of success that J.K Rowling achieved was the one she never sought. She still says that she writes only because she enjoys writing and actually never thought of anything beyond getting them published. Her motto was to contribute her share to the world in general.

It is an important tip for today’s entrepreneurs. Instead of running behind achieving fame and riches overnight they should just focus on what they have got to offer to the world. The rest will surely follow them in the most unimaginable ways.

6) One cannot succeed without risking failure

It is impossible to live without failing at something, unless you live so cautiously that you might as well have not lived at all- in which case you fail by default.

All the setbacks and hurdles did not ever stop Rowling from doing what she loved- writing. She kept reaching out to publishing houses that undermined her book which they termed as ‘too lengthy and fantastical’. She did not let the fear of failure overpower her determination.
Entrepreneurs should learn to embrace failure, which might drag them down for a while but will teach them something invaluable. Much of success comes from taking risks and as the adage goes ‘no risk, no gain.’ 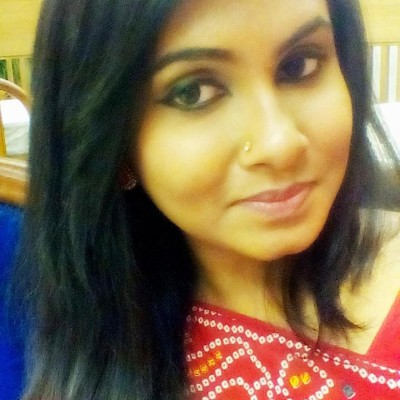