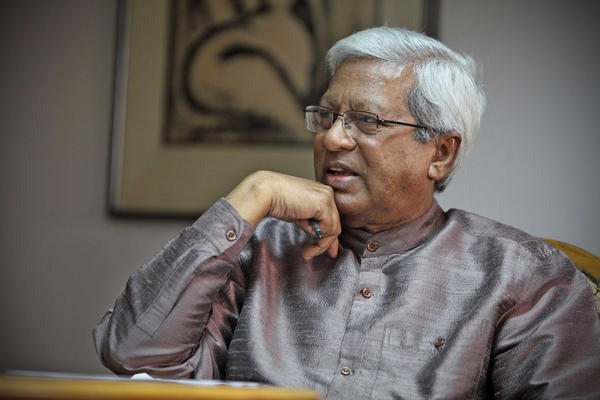 Sir Fazle Hasan Abed is the founder and chairman of BRAC, the world's largest non-governmental organization. Sir Abed has received numerous awards for his contributions to social improvement including the Ramon Magsaysay Award, the UNDP Mahbub Ul Haq Award, the inaugural Clinton Global Citizen Award and the inaugural WISE Prize for Education and more. Last week, he has been awarded 2015 World Food prize for his “unparalleled” work on reducing poverty in Bangladesh and 10 other countries.

There are immensely powerful lessons you can draw from the life and work of Sir Abed. Then and again simple facts hold most powerful lessons. Recently, we took time go through his work and life and list few interesting things. Behind all great fortune there are innumerable sacrifices, long hours, and hard work. We seldom look at the making of a person when s/he becomes successful. Below is a list of interesting facts many of us don't know about Siz Fazle Hasan Abed and Brac.

1-Sir Fazle Hasan Abed worked as a professional accountant in his thirties, working as a senior corporate executive at Shell Oil

2-Before starting Brac, he created HELP, an organization that provided relief and rehabilitation to the worst affected people of the devastating cyclone of 1970 in the island of Manpura.

4-He sold his home in London to start the Bangladesh Rural Advancement Committee and make it work.

5-He went to University of Glasgow and studied naval architecture in an attempt to break away from tradition and do something out of convention.

8-He is recognized by Ashoka as one of the 'global greats' and is a founding member of its prestigious Global Academy for Social Entrepreneurship.

9-In 2009, he was appointed Knight Commander of the Most Distinguished Order of St. Michael and St. George (KCMG) by the British Crown in recognition of his services to reducing poverty

11-Brac is the world largest and most bold NGO

12-Brac has operations in 10 more countries other than Bangladesh

16-Launched in 1972, BRAC’s primary objectives emerged as alleviation of poverty and empowerment of the poor. It took Brac 43 years to become a leader in its field