Started in 2013 by three co-founders namely, Khairul Islam (Chairman and CEO), Abdul Awal (Managing Director), and Mohammad Fahad Ifaz (Director) EDGE Consulting wanted to become a consulting firm with a difference from day one. EDGE develops projects, and conducts research on business ideas and strategies that can help the poor in an efficient and sustainable way. But unlike many other consulting firms working in development sector EDGE wanted to make development works for the poor: measurable and sustainable.

EDGE develops strategies so that local private companies, Donors, NGOs and MNCs, can reach out to the poor in a better and effective way by providing them with more services and products. Generally, private corporations do not have the means to target the poor in a viable manner, like those living in the rural areas, in the same way that they have the resources to reach the middle and upper class living in urban areas. “We are like the missing link between the private sector and the poor, and we are helping to bridge this gap”, says Fahad.

EDGE believes that even the poor are part of the market systems and if the market constraints can be fixed, private companies can then target the poor effectively with more services and products. EDGE follows an approach which is known as “Making markets work for the poor”, which the startup also terms as the M4P approach. EDGE works on sectors as a whole where the needs of the poor should be addressed, and currently, the company is focusing on the agriculture and finance sectors.

The approach is to address underlying systemic constraints rather than directly delivering services to individual workers alone. In doing so, the startup aims to stimulate private and public sector players to innovate, adopt or adapt new business models for the poor in large numbers. This has a purpose. “While intervention often involves working with specific players, says Fahad, the purpose is to stimulate others in the system – to ‘crowd in’ their activities and therefore achieve greater change.”

Thus, EDGE gives emphasis on making a large-scale impact by aiming to reach large numbers of poor by harnessing the dynamism of the market system. It does this by alleviating the systemic constraints that restrict equitable participation and better terms of access to all those who engage with the system.

Donor organizations tend to work on project basis which lasts for a couple of years only. During that time of the project the poor tend to become dependent on donor money, but afterwards, the poor are left without any help when the term is over. The common approach used by donor organizations are generally shortsighted and unsustainable for the poor to live on. EDGE aims to intervene in this system and works to devise solution which is more sustainable, so that even after the project is over, poor workers can have the finance, resources, and skills to run their businesses and livelihood on their own. “If the system, its functions and players, can be equipped to meet future challenges and continue to meet the changing needs of the poor, says Fahad, then the impact is sustained, rather than short-lived or dependent on further injections of aid.”

The company engages in a process called scoping, to find out where the impact will be greater, so that the poor can be helped in the best way possible. Many times farmers do not have the finance to buy good quality maize, corn, or feeds, or they do not know where to buy from. EDGE contributes to make such decision-making processes easier and effective for the poor through market players who are most likely to interact with the farmers on a regular basis. It follows a market development approach which is based on the premise that better private and public sector business services, and an improved enabling environment lead to more competitive enterprises, which in turn leads to sustainable economic growth and poverty reduction. Edge thrives on the following principles: causes rather than symptoms, market systems framework, facilitator, indirect as much as direct impact, sustainability, and large-scale impact.

We Are Here Now

EDGE conducts research work for private and public sectors focusing on different projects and sectors where investments are required to help the poor people. Activation programs and a lot of training are provided to the poor to teach them and design services for them, train them in general business management, entrepreneurship skills, loan management, financial skills, and in running their micro-businesses better. It uses local resources most of the time for training purposes. The donor agencies provide EDGE with the funding to travel to these places, to carry out training and activation programs. EDGE designs and implements these ideas and projects for the donor and private agencies so that these companies are able to reach out more customers, design more products and services, and help the poor.

“For example, if Donors intend to focus on the fish sector, and want to help the women entrepreneurs, we come up with ideas on how this can be done in a sustainable manner, design projects, submit the proposals and ideas and it goes for bidding, if we get chosen, we receive funding”, says Fahad.

Brick walls, Growth and The Future

EDGE has offices in Barishal, Chittagong, Mymensingh, Rangpur, and in Dhaka. The company began with 3 founders and now has a team of 35 people. “The first obstacle was finding the right people to hire, says Fahad, because it was a new firm and it was not easy to hire the best people. But we decided that we are fine with a lower profit margin, but it is more important to hire the best people at any cost”, says Fahad. EDGE is looking for expansion in the ICT and technology sector, where they want to use their knowledge from the development sector and develop technology based products and services which will benefit the poor.

In the next few years EDGE plans to start working internationally and is targeting Africa and South Asia. 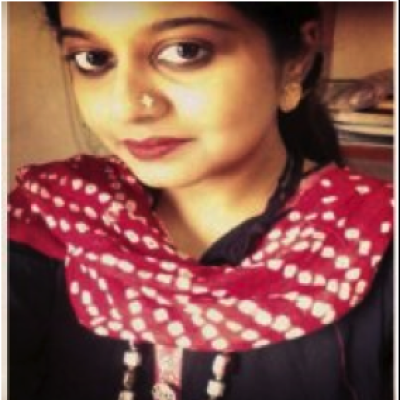