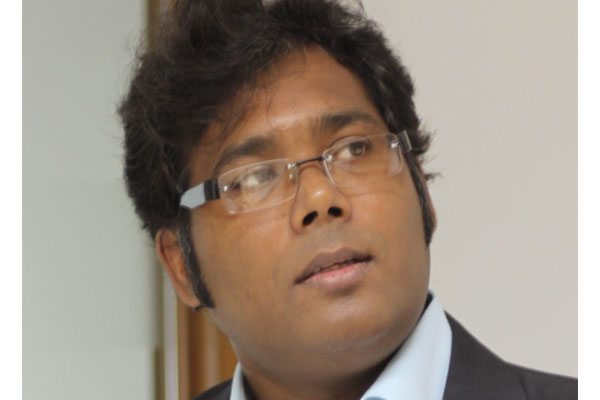 On Failure: Q & A With M Murshed Haider of optiMA HR Solutions

M Murshed Haider, FCMI is the co-founder & CEO of optiMA HR Solutions. Best known as a motivational speaker and corporate coach Murshed has an astounding body of works that includes starting multiple ventures, working abroad and inspiring people to be better human beings. Murshed spoke to us about his take on failure, lessons he learned from multiple failures and about why startups should take failure positively. Murshed has experience of multiple failures, yet he believes failure is what helps us to understand our path better. It does not matter how many times you fail, you are not a failure unless you stop trying.

What do you think about failure?

I think failure is a part of our life. It’s hard to find someone getting the success without having failed at least once. Our enmity with failure basically comes from the fear of failure. This fear prohibits us from taking initiative to do something that we want to do. So, we keep on planning things, keep on calculating and if there is anything negative in our calculation, it keeps pushing us backwards. If we can overcome the fear of failure, our potential to do and create great things would increase quite significantly.

Since 2008 till now, I have initiated seven startups. Four out of these seven failed.

Yes, I have failed many times. I failed in my student life, professional life and even in my personal life. Since the readers of this website are mostly startups, I would rather share few of my stories relating to this.

Since 2008 till now, I have initiated seven startups. Four out of these seven failed. My first startup was a ‘Management Consultancy Firm’. There were two other co-founders along with me. The major reasons behind the failure were not allocating enough time on building the brand, relying too much on the employees instead of doing those by ourselves, dishonesty of one of the co-founders, lack of enthusiasm from the other co-founder etc. Our vision was not the same. To be very honest, we rather wanted to earn some extra money instead of thinking long term. We had our secured jobs and we were not focused at all.

My second startup was a fitness service based startup for expats and high income people. Initially everything went well but we had lack in marketing firepower in our company. Moreover, our business relied too much on third parties like hotels, gyms etc. I probably didn’t have the similar passion that my partner had. After losing some money on a few cases, I lost confidence in my partner. We failed big time and eventually shut it down.

My third startup was an Interior Design Firm. We had an excellent business plan but we found the deviation once we started. Our Market Research was shallow and we had an Achilles' heel in our client agreement papers. Also, our marketing drive was not adequate. We decorated our office nicely, we had amazing brochures but our calculation was erroneous regarding the target market. We tried for a year or so and gave up too easily instead of diversifying our services or altering our strategies.

My fourth one was a startup relating to media. The major reason for this failure was to trust some half-known people so easily and rely on them too heavily. Soon I lost a good amount of money and found it difficult to proceed further. I had to take legal action to get back some of my money and I stopped investing my time on that venture.

When I look back, sometimes I feel like ‘how stupid I was’. However, I remember a quotation by Ellen DeGeneres that says “It’s failure that gives you the proper perspective on success.”

I've learned so much from those failures and that helped me in running my other ventures.

What is the most important aspect of failure to you?

To me, the most important aspect of failure is to learn from the failures and not to repeat the same mistakes next time. If we keep doing the same mistakes time and again, it would take ages before we can expect some sort of success.

What should startups do with failure?

Startups should take failures positively. We learn through experiences. Everything won’t go according to our plan. So, we have to accept this fact. Instead of hiding the failures, startups should rather share those with their mentors, well wishers and other relevant people. Startups should also listen to the stories of failures from other startups and try to use them for their benefit. There are positives even in the negatives. So, having failure under your belt is not a bad thing at all.