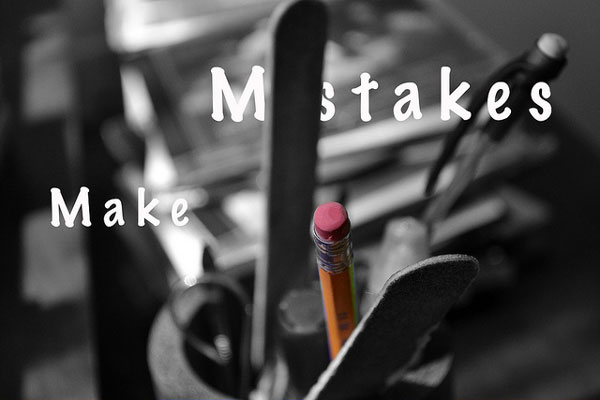 Why you should take risk and make mistake?

In about 510 B.C. Persia was a great kingdom having control over half of the world from Asia Minor to Indus to Egypt. At that time a king named Darius was at the helm of the Persian Empire. At about same time, on the other part of the world, Greece was consisted of a number of city-states-running independently. Once Darius desired to conquer Greece, beautiful description of famous battles between the Greek and Darius and his ancestors can be found in the account of Greek historian Herodotus. In late 490 BC Darius attacked Greece. The battle was called the battle of Marathon. The fight was intense and difficult. Soldiers of both sides died enormously. At the end Darius lost the battle and came back to Persia with his tattered army. But the desire to bring Greece under the rule of Persia became a permanent aspiration for Persian emperors.

In about 410 BC another great king of Persia named Xerxes, the successor of Darius, once and again decided to invade Greece. Xerxes prepared his army and fitted out a plan to move on. Once Xerxes decided to rally his army towards Greece his counselor Artabanus came in to intervene. Artabanus was also uncle of Xerxes. He was a wise man. He proposed that there was danger for Persian army in pursuing conquering Greece. He tried to convince his nephew not to go into war against Greece. But Xerxes was a great man and himself a man of wisdom. He replied with a wonderful assertion that remains source of inspiration till today:

There is reason in what you say, but you ought not to see danger everywhere or to reckon every risk. If whatever comes up you are going to weigh everything alike, you will never do anything. It is better to be always an optimistic and suffer half the amount of evil, than always to be full of gloomy anticipations and never suffer anything at all. If you attack every proposal made without showing us the right course to follow, you will come to grief as much as those whom you oppose. The scales are evenly balanced. How can a human being know certainly which way they will incline? He cannot. But success generally attends those who wish to act; and it does not attend those who are timid and balance everything. You see the great power which Persia has attained. If my predecessors on the throne had held your views, or without holding them had had counselors like you, you would never have seen our kingdom become so great. It is by taking risk they made us what we are. Great things are achieved through great dangers.

Xerxes took his great army to conquer Greece. Although he lost the battle which is a different story but the most important lesson jumped out from this conversation between an ancient king and his counselor is that we must take risk and make mistake for the sake of achieving great things in life.

Carol S. Dweck is a Professor of Psychology at Stanford University. She was born on October 17, 1946. She graduated from Barnard College in 1967 and earned a Ph.D. from Yale University in 1972. She taught at Columbia University, Harvard University, and the University of Illinois before joining the Stanford faculty in 2004.

Dweck wondered how some people become successful at everything they do, while others seem destined to a life of constant failure. She was obsessed with failure and determined to comprehend why.

In 1978 Dweck started a study in collaboration with Carol Diener. She gave kids various puzzles and recorded how they approached the problem, and what they said and did as they tried to solve them.

Dweck’s study shows that kids who solve tougher puzzle are the kids often who take risk and make mistakes and who not only endure failure but love failure. Given with a really tough puzzle to solve, one success oriented kid just accept the challenge and says I love challenge and go ahead to solve without bothering about what will happen if it goes wrong. Although sometimes these kids make mistakes but these are the same kids who learn fast and also solve problems correctly over those who seldom take the risk to go wrong and fail.

Experiments suggest that taking risk and making mistakes are two important ingredients of character that can lead us to success and development.

However, these are not the very common scene we often see outside. In schools where we ought to teach our kids about values, work ethic, character and culture-the system is often rigid than not. It seemed that the system has been gone astray. Instead of focusing on building capable generations the system is much interested in fulfilling the quota of literacy rate.

In schools, as I am essentially a product of this system, we extremely discourage taking risk and making mistakes. Making mistakes is often seen as a punishable action in our system even after knowing that ‘to err is human’, that unless we make mistakes we do learn very little, that unless we do take risk and stand still at the face of great danger we seldom achieve great things.

The particular act of discouraging mistakes has a far reaching impact in the later life of these kids making them to inefficiently and ineffectively comply with the system and society where situation demands otherwise.

To tackle critical problems we need creativity and courage. But the fear of making mistakes that haunts us from school and onward keeps our genius under control. We feel afraid at the face of problem. Instead of taking responsibility we pass off the responsibility.

It’s apparent that we need to fix this problem and get moving. As we can understand- to make mistake is to learn- we need to lay out a very well thought plan to capitalize this very method of providing education and inspiring action.

We should ask how we can create an environment that inspires taking risk and making mistake with a built-in aspiration for learning and taking initiative in later life. To understand the process we can borrow from the experiment of Angela Lee Duckworth, an assistant professor of psychology at the University of Pennsylvania. Duckworth claimed that “intelligence is really important, but it’s still not as important as self-control”. After finding this out Duckworth goes on to devise a plan to teach self-control among children in schools and educational institutions.

Few years back Duckworth and Walter Michal-the famous Stanford professor who introduced marshmallow experiment to test instant gratification and self control went on to teach self-control in schools run by KIPP, an organization of sixty-six public charter schools across the USA. But the problem is that measuring math skill is a simple procedure but how do you measure the skill of self control, or ability to take risk.

Duckworth and Michal ran pilot studies to understand the way to deliver complex psychological message to students. And after running a course of experiments both are happy that it works.

In case of ours-teaching or letting students to make mistakes and taking risk doesn’t associate much difficulties like the experiments of self control. What we need is an open mind and system that inspire taking educated risk and making constructive mistakes in order to learn and discover and solve problems.

The orientation of the system should be more doing and learning genre and making mistakes and taking risk as an attempt to learn and achieve should not be degraded. While students make mistakes they should not be punished instead graded in comparison to purpose.

The consequences of this approach will be brilliant. Students will take more initiative and try to solve problems by their own. In later life these people will never be afraid to take on a bigger risk and achieve greater good.

In life the best way to learn anything is by doing it. We need to keep the windows open so that we don’t miss life’s opportunities to live it fullest.

Saying goes-not taking risk is the greatest risks of all-and not taking risk worth taking is a total loss. Unfortunately, we seldom know which risk is worth taking and which is not. We just need to work on it. As Xerxes said- “success generally attends those who wish to act; and it does not attend those who are timid and balance everything”.