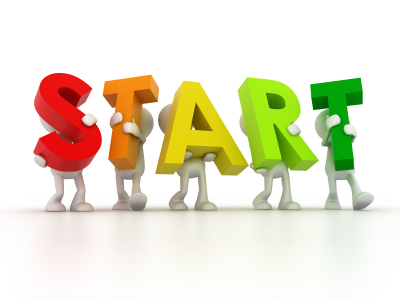 Let’s think about two individuals: one never wants to screw up, always takes the safe road and avoids risk and while makes mistakes often gets busy into covering them up. Before embarking on a journey he goes through hundreds of pages of research papers, takes experts opinion and does his own calculation in a meticulous way. If he finds anything out of place in this rigorous process of judgment of what to do and not to do he stops moving ahead with the project. This approach has lots of consequences.

The other person when comes up with an idea he looks into making part first. He seeks option to make mistakes and fail. He gets into work and does a pilot of any idea he comes to contact. This also has lots of consequences. He thinks failure is what makes success attainable. Failure tells us what works and what does not.

We have given with choices in life. We can do what we want to do and make mistakes and fail and succeed. Or we can follow a safe road that does not yield brilliance. We are often advised by our teachers, parents and well-wishers to not do anything reckless, to not make mistakes, to not screw life up, to not become a failure. We are advised to take the harmless path and avoid one that does not have a clear chart to follow. We are warned not to embrace risk and failure because failure can ruin our life. But what ultimately ruins our life is our learned tendency to avert risk and avoid mistakes.

Mistakes and failure are embarrassing and painful. At the first place our natural tendency is to avoid them. And if they happen any way we try to cover them up and not to recognize them. But this is the fatal approach to deal with mistakes. Mistakes & failure are our friends. They give us invaluable opportunity to learn & grow.

Well, this is hard way to look into mistakes & failure. Failures are so unbearable and challenging. They prove us incompetent, they jeopardize our future. So, what we commonly do is risk aversion. We don’t take step ahead, we don’t ship and we do sit tight without making progress. But that’s the wrong way to look into failure and mistakes. Instead we should embarrass mistakes and cherish failure. If we try to avoid failure and cover mistakes up they will halt our progress and will come back again and again. The strategy is: start and make mistakes and fail. Then find out what went wrong and fix it so that you don’t make the same mistake next time. The solution to making mistakes is not stopping doing things or accepting that we make mistakes. Instead seeking the answer why mistakes took place at the first place.

Sakichi Toyoda, the founder of the Toyota, developed a technique for handling this called “Five Why’s”. For instance, sometimes a car would come about the Toyota production line with a faulty break. Why? Well, imagine it was because the break system was not put accordingly. The general tendency is that most car companies would stop here and just fix the break system. But Toyoda understood the real problem. He understood the misplaced break system was not the problem and stopping there would not solve the problem permanently. So he insisted they keep asking “Why?”

Why was the loose break system? Because it was misplaced and was not rechecked. Why? Because the person responsible to make it tick could not do so. Why? Because he was busy in doing too much things at a time. Why? Because there was nobody else to recheck the system.

And there, on the fifth why, we find the root cause of the mistake. And the solution is easy: put someone there to recheck the system. But what happened if we stop in an earlier stoppage, we could not fix the real problem and we would continue making mistakes. Only by digging deep we understand we need to put someone to recheck the system. The mistake leads us to the solution.

Making mistake has no merit of itself if we can’t take advantage of it. It’s not a good idea to make mistake continuously and not taking conscious action to learn why make so. And the first step to correcting a mistake is to make it and learn the lesson from it.

Our system does not encourage us to fail subsequently killing our capacity to take risk and make something remarkable. Our parents, teachers, system want us to take the safe route and not screwing up our life but without being a failure we could not understand the chemistry of success. But only failure is not enough if we don’t accept, uncover and learn the lessons from our mistakes and failures. Write down your mistakes, failures and ask why it happened the way it happened and continue asking why until you get into the very root of the problem.