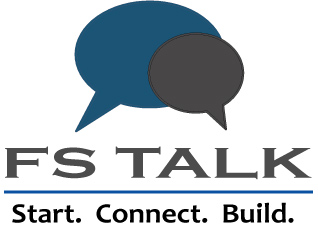 FSTalk Recap: How to generate ideas

During last FS Talk registration we asked our attendees to submit three questions to our speakers on 'what it takes to start & make it happen'. We received loads of questions concerning various issues of starting-up and FSTalk speakers answered them from their experience brilliantly. One of the populous questions was ‘how to generate ideas’. We have talked about finding ideas, previously, many times, in fact, we quoted many famous & successful entrepreneurs, writers, problem solvers in order to have a comprehensive understanding on this subject. Because we believe having great idea is important and we believe that idea can make changes happen. This time we’ll try to revisit few of our past understanding and findings along with quotations from FS Talk speakers on finding ideas:

1. Look into the problem: Paul Graham of Y Combinator famously claimed that “the way to get startup ideas is not to try to think of startup ideas. It’s to look for problems, preferably problems you have yourself”. Entrepreneurship is nothing more than solving problems, as Atiqur Rahman Sarker Sohel asserted in last FS Talk, Bangladesh is a country of possibilities because we have endless problems that we need viable and practical solutions.Find a problem that bothers you most, find a community that also bothered by that problem and go and solve it with a saleable idea [product/service].

2. Meet people, attend conversations: Idea does not come from nowhere instead it slips into your mind, tick into your head in the middle of a conversation, in the middle of a public event that deals with the very problem you are facing. As Fayaz Taher said, idea comes when you attend event like this and talk to people. An active mind is important for having ideas. And you need to attend public forums, relevant, to keep it active & prevent waste of your mind. Well, we suggest you not to miss any FS Talk event!

3. Write it down: Jot down everything that comes to your mind. Carry a notebook everywhere and make good use of it. Every famous writers & entrepreneurs did the same.

4. Trace the change: Often changes make old system, approach, equipments obsolete and create space for new one. Check the changes and slip in.

5. Replicate: Imitate, we mean it. However, you can be clever imitator; you can replicate one system/service of a sector to a completely different sector. It has done many times before and it can be done now too.

6. Alternative that works better: Think replacement: good system over bad one, good service over bad, speedy technology over sluggish one, beautiful interface over sloppy one.

8. Explore and be open to opportunity & change: Flicker was not the original idea that Catherin Fake and her team wanted to build but a video game. However, they also built a photo sharing site back then. But this is not what’s important: important is Flicker team gave it a try.

9. Never judge, just embrace them: There is nothing like sexy idea or un-glamorous idea, there is only ideas. Collect them first and judge them before implementing.

10. Try to interconnect ideas: Book +online shop makes amazon and many great ideas are result of unusual intersection among disconnected items. Find connection among ideas that apparently seem disconnected but not.

Next coming: What factors should be considered before executing an idea?

Complement With brilliant articles on idea generation: 3 characteristics of a best start-up idea;  A 5 step formula for producing ideas; Alexander G. Bell on unconscious celebration, and on useless study; from 1901, How they succeeded: Life stories of success