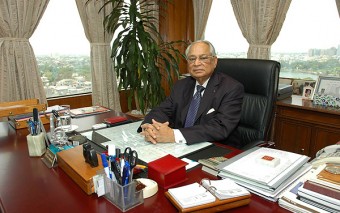 A Brief History of SQUARE

SQUARE Group is one of the largest and oldest conglomerates in Bangladesh. Over the past years, it has been able to build a strong brand image in the country while also growing at a consistent rate. The beginning: SQUARE Pharma started in 1958 as a partnership firm. Today, it has 14 different companies, each operating independently.

From 1958 till these days, the company has shown impeccable performance inside and outside the country. SQUARE Pharmaceuticals has been the market leader in the pharmaceutical industry since 1985.

This brief history of SQUARE is prepared mostly based on secondary information from various sources including sfhconseil.com and intends to offer a basic understanding about SQUARE.

Tashnim is a Final year-Finance major of BBA department at Bangladesh University of Professionals. His interest revolves around entrepreneurs, their stories and taking an initiative to change society. Tashnim likes to think about technology with its impact on our business and lives.
Say ‘hi’ to him at [email protected]